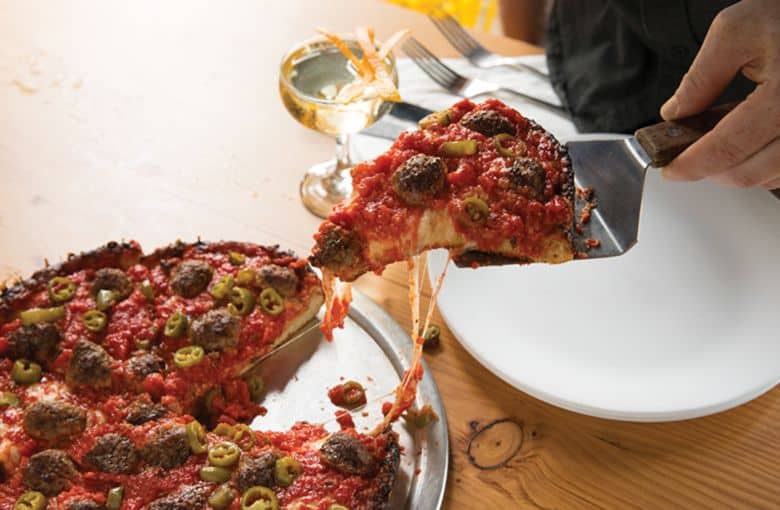 “Bread is life,” says Windy City Pie owner Dave Lichterman. And though that may sound hyperbolic, for him, it’s spot on. For the past seven years, bread—more specifically, pizza dough—really has been his life.

In 2015, after a few years of recipe development, the Chicago-born former Amazon software engineer, with no formal restaurant experience, introduced Seattle to his passion project: pan-style deep-dish pizza with a slightly sweet, almost brioche-like dough and caramelized cheese crust. What started as a one-man operation run out of his Capitol Hill apartment quickly grew: Lichterman soon began renting a SoDo commissary kitchen, and customers would meet him on a nearby corner to pick up their pies. In late 2016, he moved Windy City into the small kitchen in Interbay’s Batch 206 Distillery; and then in 2018, he opened a second restaurant, Breezy Town, inside the Clock-out Lounge on Beacon Hill. There he developed a variation on his pizza using a sourdough crust and a combo of mozzarella and Wisconsin brick cheese.

Earlier this year, the reigning king of the city’s (admittedly small) deep-dish pizza scene moved Windy City from the distillery tasting room into its first full-fledged restaurant space, in the Phinney Ridge spot that formerly housed Phinney Market Pub & Eatery. This location, which formally opened in April, is the first one that gives Lichterman the opportunity to control the dining room experience in a restaurant, and he takes this governance over the space seriously. The walls are a deep cobalt, accented with vintage Chicago paraphernalia, including posters from that city’s world’s fair. This neighborhood spot has long been popular with families, and it’s still attracting them. Now they fill huge booths (big enough to seat eight pretty comfortably) that Lichterman installed, while couples sip cocktails at two-tops as they all wait for their pizza. Those pies take upwards of 35 minutes because of the necessary cooking time for the deep-dish version, far longer than the few minutes a thin-crust pie takes to crisp in a wood-fired oven. 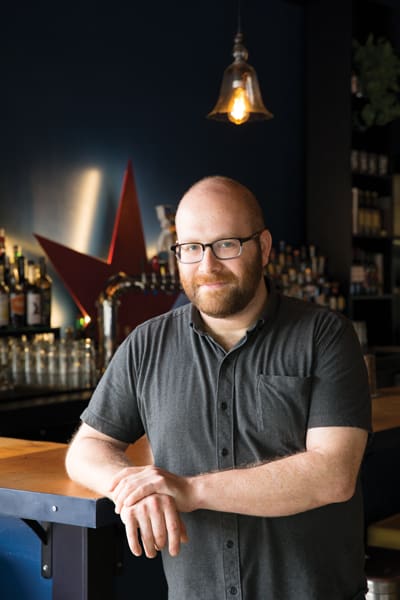 CHICAGO STYLE: Windy City native Dave Lichterman is the man behind the pie.

Whereas Lichterman used to sweat over the oven alone, he’s now largely turned that responsibility over to employees, and instead closely oversees the dining room. You may see him stopping by tables to educate Seattleites on the proper method for cutting a Chicago-style pie; the pizzas are delivered unsliced, as they’re so hefty and hot that one wrong move would cause all the sauce, cheese and toppings to ooze out after the first slice.

To accompany that pie and a short list of salads and sides, Lichterman preaches the gospel of Jeppson’s Malört, a unique Swedish wormwood-based liquor made in Chicago, which he’s excited to be able to offer. You can try it straight—it’s a great digestif after such a heavy meal—or have it in a cocktail like the gin-based Devil in the White City ($11). And he urges first-timers to try one of the 12-inch specialty pizzas—particularly his favorite, the Sweet Pete, with pineapple, house-made sausage, candied bacon and hot giardiniera ($27, serves about four people); or the excellent new Mamma Mia, with meatballs, roasted garlic and sport peppers ($27)—before they branch out into building their own pie.

“What I’ve learned, especially [in building out a restaurant], is that your task is to become good at everything except the thing you were good at from the get-go,” he says of stepping out of the kitchen and into the dining room. “I really want people to have the right first pie, and sometimes I can be overbearing about that. It comes from a place of care. I might come off as a little abrasive, but I’d rather [diners] have the right food than think I’m the most easygoing guy.” 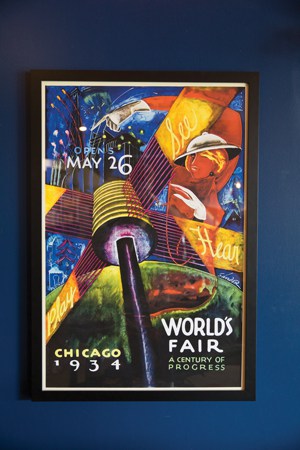 Must Order
If you’re a solo diner not wanting to go all in on a whole pie, Windy City sells slices of Breezy Town–style pizza ($4–$5). Lichterman says this works better than trying to cut the deep-dish pies into slices.