The Twilight Tour: A Guide to Visiting Forks 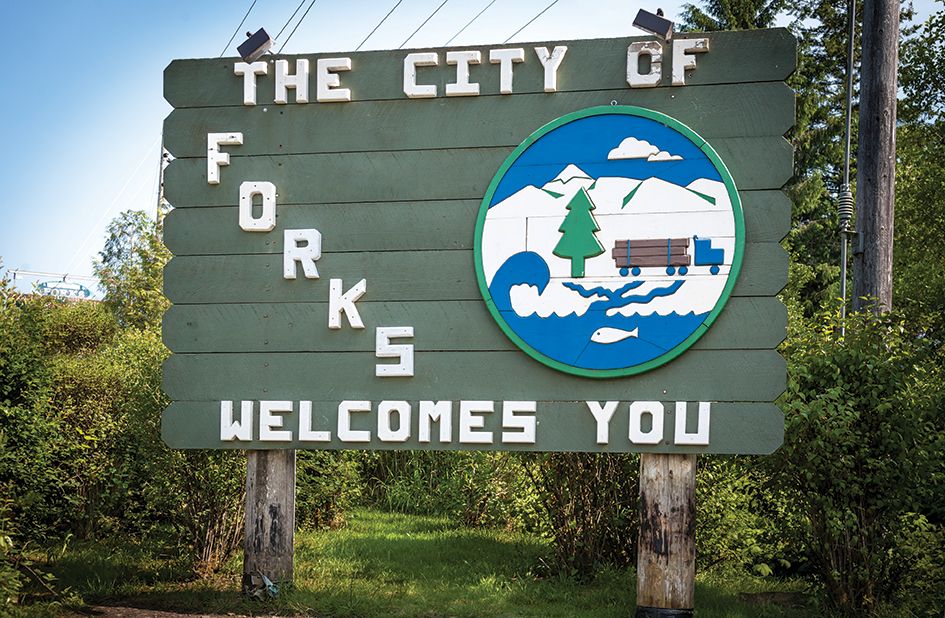 Before Twilight put Forks on the map, even a lot of Washington residents probably hadn’t heard of it. Now, the logging town—population 3,800—draws tourists from around the country, especially in September during its Forever Twilight in Forks Festival (9/12–9/15), celebrating the events and characters from the book series and movies. While diehard fans may want to focus on a visit to the town itself, there are plenty of other attractions nearby for everyone else. See costumes from the Twilight movies at the Rainforest Arts Center. Courtesy of Method Agency

If you love Edward and Bella…
During the four-day festival (and at several pre-festival events leading up to it), you can attend themed experiences, such as “Cook Like Bella” classes, galas and fun runs. Dress up as your favorite character, and then meet some of the actors from the films, such as Alex Meraz (Paul) and Erik Odom (Peter). And don’t forget to visit the ongoing exhibit at the Rainforest Arts Center (Forks, 35 N Forks Ave.; 360.374.9430) to see costumes and props used in the movies. Immerse yourself in history.
Forks’ Logging & Mill Tour (Forks, 1411 Forks Ave. S; 360.374.2531; free), led by volunteer experts, takes you through modern forest practices and gives insight into the local economy. Call ahead, because space is limited. The view from Lake Crescent

Become one with nature.
Less than an hour drive from downtown Forks, explore the shores of glacier-carved Lake Crescent (Olympic National Park, 221121 U.S. Hwy. 101; 360.565.3130) or hike in the Hoh Rain Forest (Olympic National Park, 18113 Upper Hoh Road; 360.374.6925), which receives 140 inches of rain every year. From the Visitors Center, you can begin your exploration by taking a few short hikes, including the Hall of Mosses Trail, which is about a mile-long walk through a dense landscape of lush green moss. Stay over.
At the rustic but elegant Manitou Lodge (Forks, 813 Kilmer Road; 360.374.6295), you can curl up in front of the massive stone fireplace before heading to your choice of accommodation: tent, cottage or lodge room. Or, at Twilight Lodgings (just outside Forks; 360.640.0184), cabins and cottages are available. (Can you guess what their theme is?)

Grab a bite.
But not out of someone’s neck, please! Start the day at Jitterbugs Coffee & Ice Cream (Forks, 70 W A St.; 360.374.2287), a local favorite for its creative caffeinated drinks, such as the Cloudy Daze macchiato. You can end your day there, too, because it also serves delicious scoops. Head to Sully’s Drive-in (Forks, 220 N Forks Ave.; 360.374.5075) for the Bella burger, or for date-night fare, drive out to Bella Italia (Port Angeles, 118 E First St.; 360.457.5442) in Port Angeles—the site of Edward and Bella’s first date. You can even order Bella’s meal from that evening, Olympic forest-mushroom ravioli in creamy besciamella, appropriately renamed Bella’s mushroom ravioli ($18).

On your wayhHome.
If you are traveling back to Seattle via Bainbridge Island, check out Blackbird Bakery (Winslow, 210 Winslow Way E; 206.780.1322), near the Bainbridge Ferry Terminal, for house-baked pastries and hot cups of Herkimer coffee. 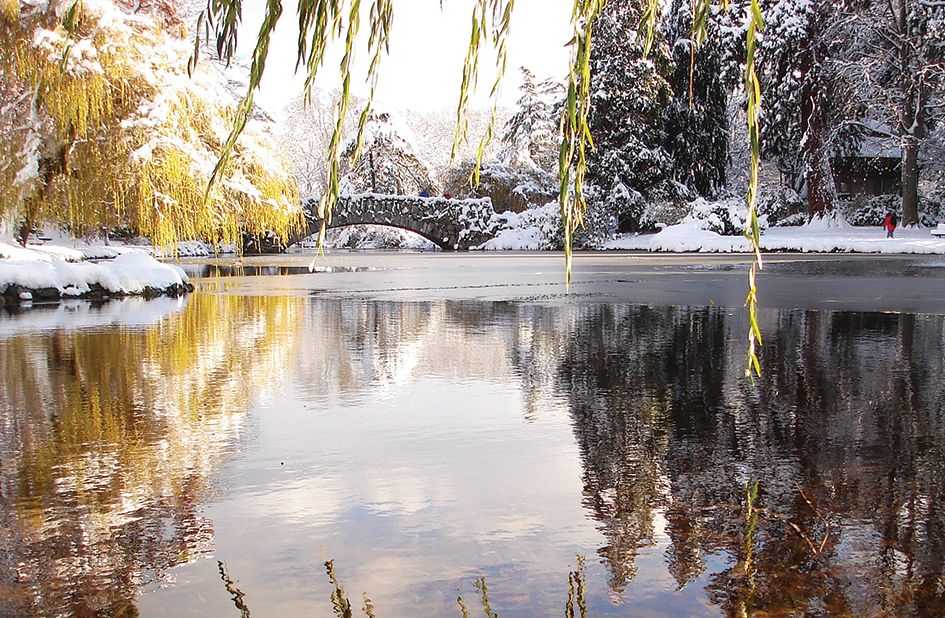 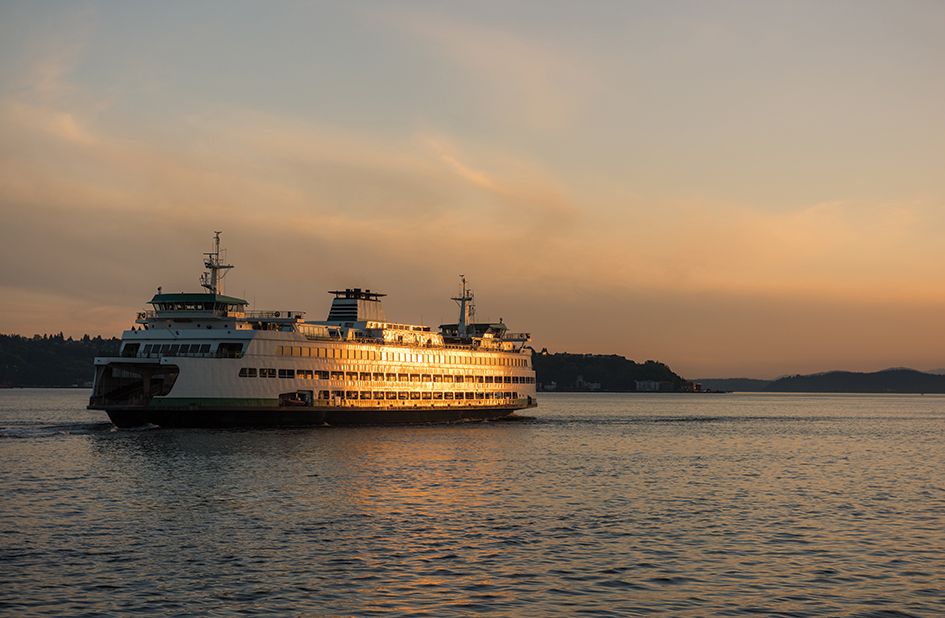 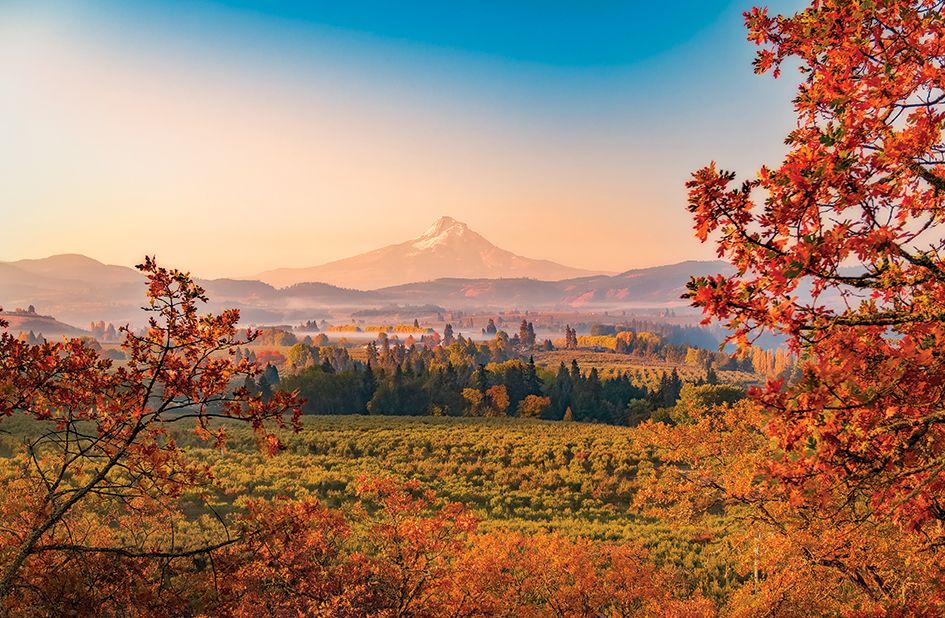