Washington’s Long Beach Peninsula Is a Trip Back in Time

Give reality the slip on a charming, delicious and weird weekend adventure This article appears in print in the October 2018 issue, as part of the Scenic Fall Road Trips cover story. Click here to subscribe.

When Seattle’s meteoric rise—with its flock of construction cranes and crush of traffic—pushes the limits of your urban growth boundary, Long Beach is the antidote. Ah, this peninsula. Greenery. Lighthouses. Oysters! It is a slice of old Washington. Or to be more correct, a finger of old Washington, which is, in fact, a very long beach that fronts the Pacific Ocean for 28 miles of unobstructed sunset-watching pleasure.

At its northernmost end, the peninsula points across Willapa Bay toward Tokeland. To the south, the Columbia River rolls into sea, the very place where history has it Clark said to Lewis, “We are in View of the Ocian, this great Pacific Octean.” (A better explorer than speller, that Clark.)

On the peninsula itself, especially in the slanting autumn light, there is something mysterious, a bit Twin Peaks, about the Victorian villages that run up its length. Motoring from Seattle, you know you have arrived in the target region when you see the Goose Point Oysters facility on the right. A pit stop here will orient you geographically and gastronomically. Goose Point is on the mainland right across from Long Beach Peninsula. In between is Willapa Bay, one of the most pristine and productive estuaries in America for oysters. Goose Point Oysters has a little store attached to its 1,900-acre oyster farm. Slurp shooters from a shot glass preloaded with cocktail sauce; or, if raw isn’t your thing, buy a couple of dozen oysters and barbecue them (grills and charcoal provided) on the store’s deck overlooking the Niawiakum River.

The next part of the drive is my favorite, when that first whiff of briny air signals that I have given real life the slip. U.S. Highway 101 sweeps west into a landscape that looks more like Cape Cod than western Washington, with sloughs that snake through open, grassy estuaries. Have you noticed there’s no development? We are surrounded by Willapa National Wildlife Refuge, with its winks of saltwater and islands of fir—it must look just as it did when Lewis and Clark came through in 1805.

Then, suddenly, civilization. But not that of 2018. Long Beach Peninsula was settled in 1841 and had its golden period in the 1890s, when the Clamshell Railroad ran up this peninsula taking proud bearded and suspendered Portlanders to their Victorian beach cottages. 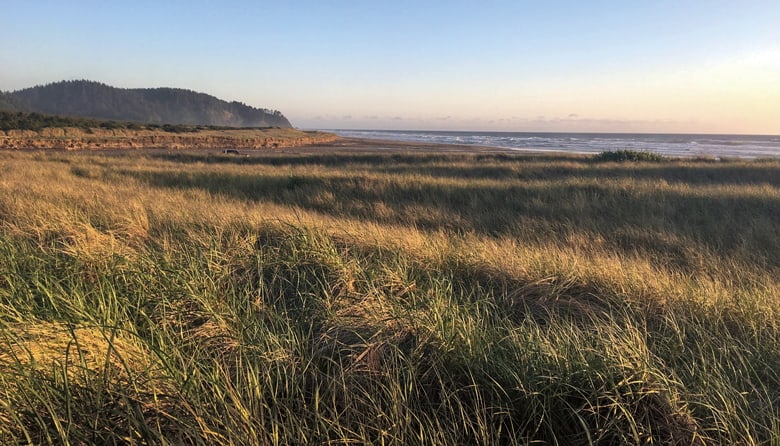 The beach lives up to its name at Long Beach, 28 miles of waterfront views. Photograph by sou’wester

And that is the first thing you should do when Highway 101 drops you off in the village of Seaview. Check out the bungalows that bracket the beach. Platted in the 1880s, they are eccentric and enchanting—gingerbread houses with turrets, brown-shingled abodes with lobster-themed shutters and hand-painted signs bearing names like “The Wrecktory,” “The Lutefish” and “Camp Hungry.” One of the grandest cottages in Seaview, built by a U.S. senator in 1892, has morphed into the Sou’wester Lodge, a quirky little resort whose big red house (a former mansion) is surrounded by adorable vintage trailers; it’s my favorite place to stay on the peninsula. Check in. Walk to dinner at The Depot Restaurant next door, sing karaoke at the Lamplighter across the street and then fall asleep back at the Sou’wester while listening to rain on the roof of your shiny metal trailer.

Beyond the pines at the Sou’wester is the wide, long beach, usually sparsely peopled.

If all that scenic solitude is too much, find safety in numbers just north of Seaview in the town of Long Beach. The beach here is abuzz with people flying kites, walking dogs and driving cars. Yes, you can drive on the beach here. In fact, there is often a car full of tourists trapped in deep sand and a smiling local with a four-wheel-drive truck ready to pull them out.

When you’ve had your fill of this town, which includes the kind of kitschy attractions you might expect in a touristy beach town (Marsh’s Free Museum, with its desiccated Jake the Alligator Man, and a main street lined with go-karts and 1950s carnival rides), take the beautiful 15-mile drive to the northeast corner of the peninsula to Oysterville. In autumn, this is a Hallmark vision of a town: bright orange pumpkins in front of white picket fences topped by heirloom climbing roses—a picture that, like almost everything else in the area, was created in the mid-1800s. 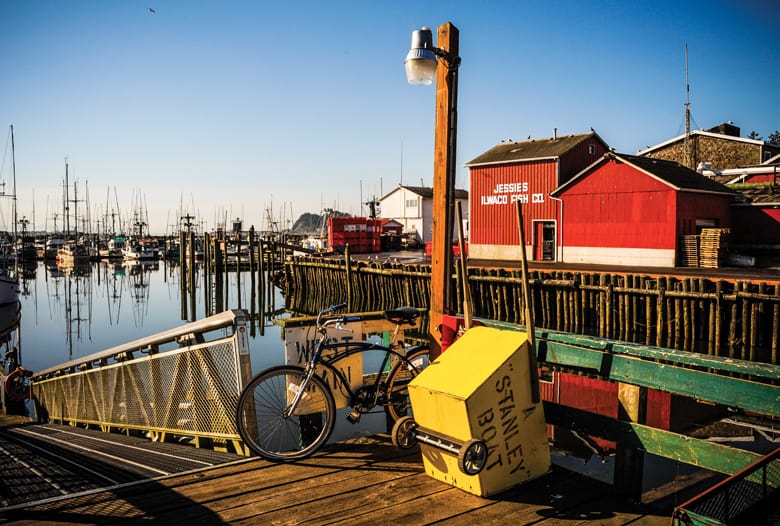 You can see Baker Bay and a sliver of Oregon from the Ilwaco Marina. Photograph by Deby Dixon

An oyster-farming community back in the 19th century, Oysterville is now on the National Historic Register. And the oysters are still here, with those classic Willapa Bay flavors—pure as the sea, with a hint of cucumber. Follow the main road for a couple of blocks until it bends east at Oysterville Sea Farms, where you can enjoy oysters or a shrimp cocktail with a glass of wine overlooking the calm bay. Don’t order crab. You’ll have more of that shellfish than you’ll know what to do with if you are smart and choose to spend the last morning of your trip crabbing on a charter boat, something you can do in the area where the Columbia River meets the ocean. On the glassy waters of a marina in Ilwaco, a town at the southern edge of the peninsula, my crabbing adventure starts on board the Coho King with Coho Charters Captain Butch Smith, a strapping third-generation charter fisherman, handing aboard me and a few other landlubbers. The glassiness disappears as we motor down the Columbia River, past Cape Disappointment and into the mouth of the Columbia, aka the “Graveyard of the Pacific.” Big swells roll under the boat and crash behind us on the cliffs of Cape Disappointment. It is a beautiful, nauseating and atavistic pleasure cruise. Especially when the captain announces, “We have passengers!” and we help him haul up the first of 11 crab pots loaded with angry Dungeness crabs. He radios back to Ilwaco, “Start the pots!” and before we know it, we are back on land gawking as Smith lays 120 steamed crabs out side by side (each person on board has a legal limit of 12 crabs). “I saw one move!” I shriek. “I guarantee you did not,” Smith says, laughing. Oh, these city folk. Smith teaches us how to clean the crabs, and soon we are hunched over succulent hunks of snow white crabmeat—from the mouth of the Columbia to my mouth in about an hour. I know what I’ll be doing tomorrow: making crab bisque and searching Zillow for a cottage by the sea.

scenic drive staff favorites
“As a surfer, I often travel to the northwesternmost corner of Washington to the Makah Indian Reservation. U.S. 101 takes you around the Olympic National Forest and hugs the coastline through Port Angeles. Sometimes, I stay on it to take a dip in Lake Crescent; other times, I divert to State Route 112 for a winding forest drive so close to the water I can see the waves formulating en route.” Maggie Kerr editorial assistant 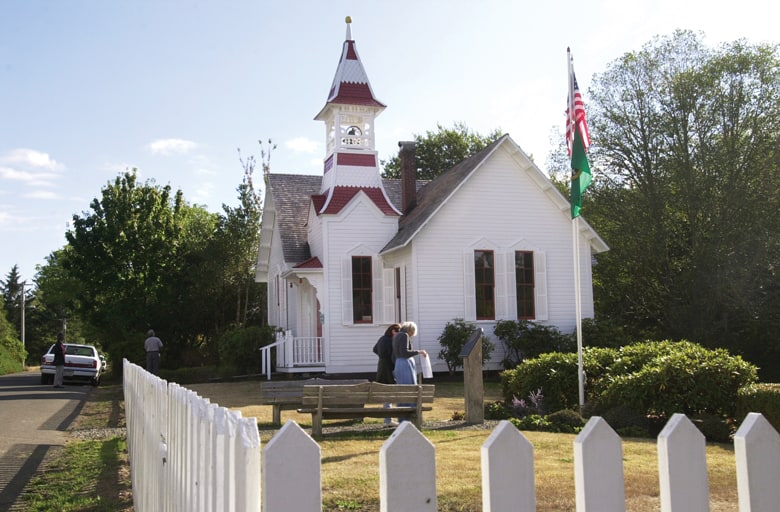 The Oysterville church in what started as a mid-1800s oyster-farming community. Photograph by Long Beach Peninsula Visitors Bureau

The wild mushroom is celebrated on the Long Beach Peninsula and nearby from October 1 to November 15 (wildmushroomcelebration.com). Most notable is the way the fungus appears on local restaurant menus. 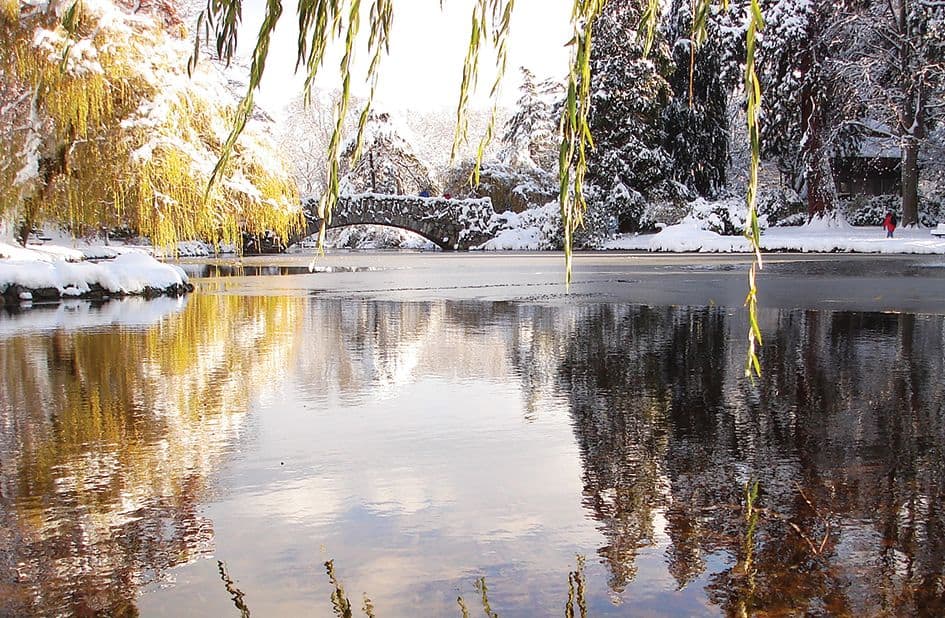 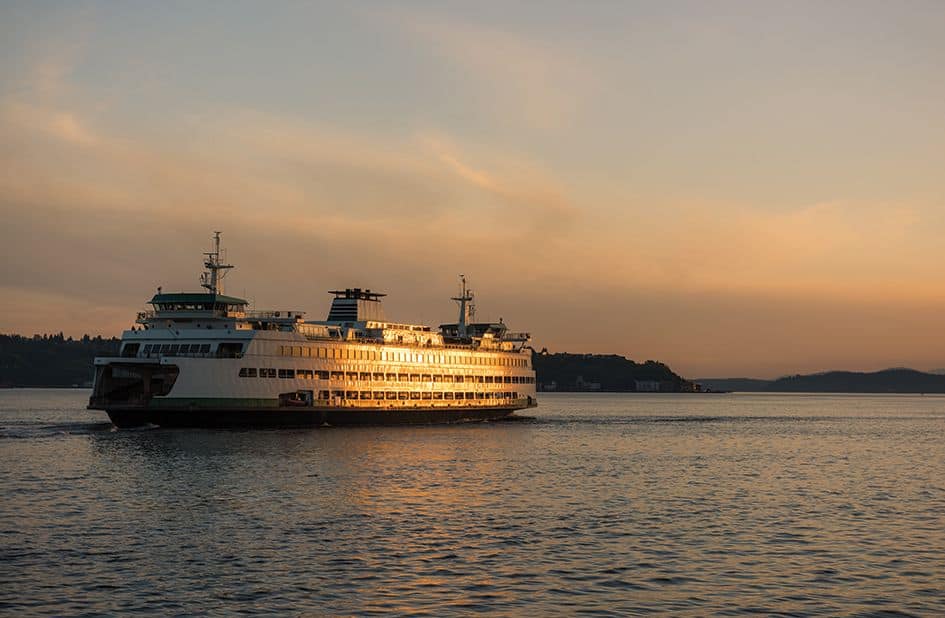 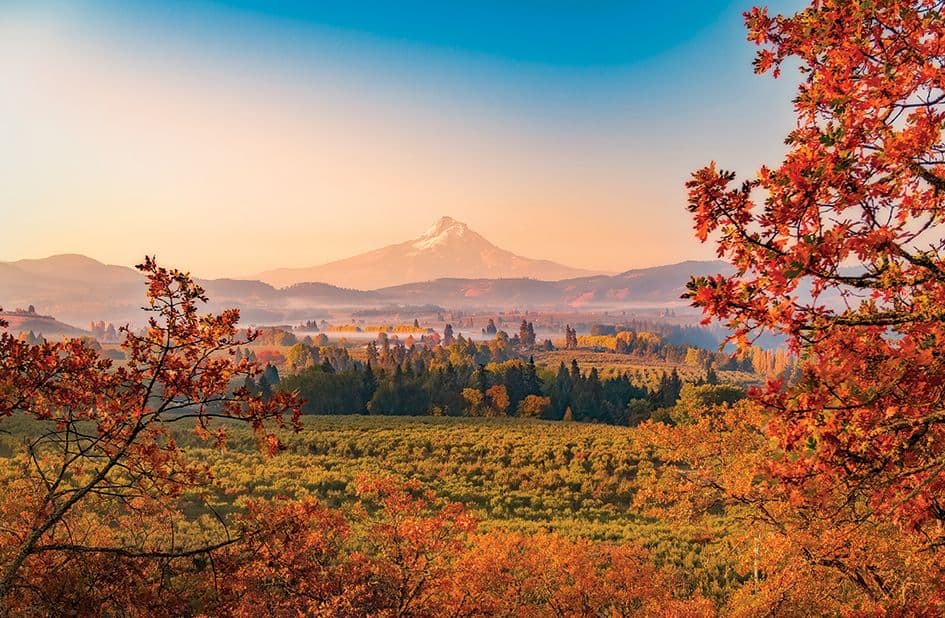