Derrick Cartwright, director of SAM since 2009, announced today via press release that he will leave 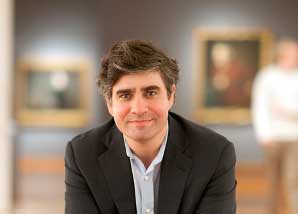 We haven’t heard the entire story quite yet but it looks like SAM’s director is leaving his post to pursue other projects. Check out the press release sent by Cara Egan, following a post by Cartwright on the SAM blog:

Derrick Cartwright Resigns as Director of the Seattle Art Museum

SEATTLE, MAY 10, 2011 – Derrick Cartwright is resigning as SAM’s Illsley Ball Nordstrom Director effective June 30, 2011. Mr. Cartwright was named the museum’s director in May 2009.

“This was a difficult decision for me but I feel the timing is right for a leadership change at SAM,” said Cartwright. “SAM is today in a much stronger position than it was two years ago. A lot of people have contributed to this regained stability and I want to take this opportunity to thank them for their support.”

Cartwright will be pursuing several scholarly projects that have been put on hold for a number of years. He will remain at SAM until June 30 and has been asked by the board to remain a consultant to the institution until September 2012.

The museum will wrap up the fiscal year on June 30 with many accomplishments including:

A projection of nearly 600,000 visitors to SAM downtown.

SAM membership at an all time high of 48,000 households.

galvanized hundreds of community partners and generated significant economic impact to the region.

Stabilization of the museum’s real estate situation that resulted from the collapse of Washington Mutual.

“We are very appreciative of Derrick’s achievements and service to SAM. He is a great ambassador for the arts and we wish him the best in his future pursuits,” said Charles Wright, Chair of SAM’s Board of Trustees. “Derrick will continue to make significant contributions to the art world.”

Wright and SAM Board President, Maggie Walker will provide executive oversight while the Board conducts a search for a new director.