Seattle Center by the Numbers 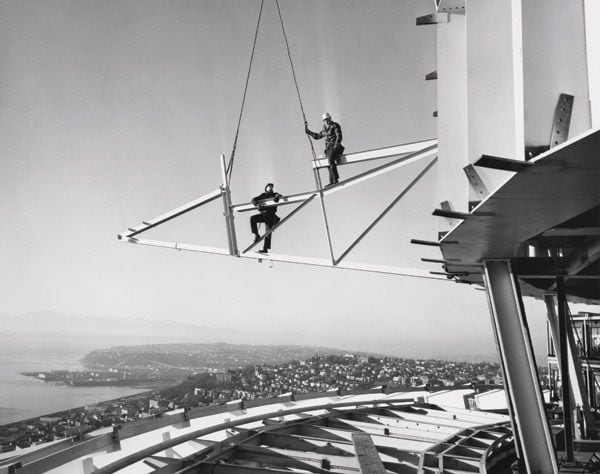 1,000,000: number of dollars the City of Fife offered Seattle to move the Space Needle to its downtown

500,000: total number of Belgian waffles sold during the six months of the fair. Stacked, they would have been higher than 70 Space Needles.

1,000: number of dollars Des Moines resident Gene Achziger paid for the Bubbleator in 1984. It now sits in his front yard as a green house.

848: number of stairs from the basement of the Space Needle to the top of the Observation Deck

160: number of colors of Venetian glass used in making in the Horiuchi mural at the center’s amphitheater

120: number of feet into the air water is blasted out of the “Super Shooter” nozzles of the International Fountain

110: number of feet into the air the five arches rise above the reflecting pools at the Pacific Science Center

43: number of seconds it takes to get to the top of the Space Needle, going at the elevator’s top speed of 10 miles an hour

6: number of parachute jumps from atop the Needle (only four were authorized)