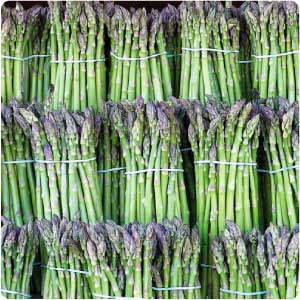 The sun’s been shining, the weather’s warming up. It’s that time of year again, when Seattle’s neighborhood farmers markets are on the verge of their 2013 seasons.

In fact, three neighborhood markets are open this week: The Issaquah farmers market, which sells produce, baked goods and crafts on Saturdays from 9am to 2pm; the Broadway farmers market, where you’ll find first-of-the-season asparagus, pea vines and rhubarb Sunday from 11am to 3pm; and the Columbia City market, which starts its 2013 season on Wednesday, May 1st at 3pm (runs to 7pm).

Most markets, however, don’t get going until mid-May or early June.

New this year is the Pioneer Square Pike Place Express market, which begins Wednesday, June 19th and runs from 10am to 2pm in Occidental Park.

A favorite market discovery of mine from the last couple of years is the Coupeville farmers market on Whidbey Island, where, if you’re lucky, you can get some serious barbecue in the summertime. The Orcas Island farmers market is not to be missed, either: that one begins in May. And finally, the Manson farmers market (several miles outside of Chelan; Wednesday and Saturday mornings in summer), the market that’s closest to my heart. Not just for the old pickup truck beds overflowing with fresh corn in August, but because I bought my favorite cast-iron pan from an old man there several years back (it was his “favorite chicken fryin’ pan,” he told me). And I’ve gotten into the habit of buying enough honey to get me through the year from an old feller at the Manson market every summer, too.

Get out there and meet the folks who grow your food. Happy shopping!