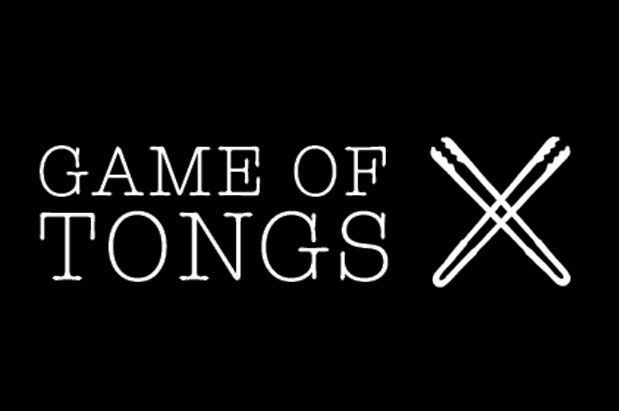 Seattle restaurateurs, it seems, have found comfort in numbers—numbers of restaurants, that is. Tom Douglas currently employs 650 people in his 10-plus businesses across the city. Sitka & Spruce’s Matthew Dillon and his partners have taken on the Pioneer Square neighborhood, with three new businesses opening along tree-shaded Occidental Plaza. Meanwhile, Renee Erickson—whose aesthetic hinges on a bespoke, one-off atmosphere—now not only has three restaurants, but a dairy-truck-cum-mobile-oyster-unit called The Narwhal.

Shouldn’t one restaurant be enough? There was a time—or food-loving romantics like me are prone to think there was a time—when a chef could plant himself or herself behind a stove and stay put. But as an older generation of fine-dining restaurants (Rover’s, Le Gourmand) closes, it seems that maybe the best way to keep cooking in this city isn’t to hunker down, but to cast a wider net.

While getting a restaurant up and running is a harrowing affair, once you’ve done it and done it well, the reasons to expand can be profound. There are only so many seats in a single restaurant, after all. Once a solid customer base is established and profits hit a plateau, restaurateurs such as Ethan Stowell, Eric Banh and Douglas argue that the only way to give employees (and themselves) a raise is to bring in new profits. New restaurants also give loyal employees a creative outlet and management skills.

Expansion is scary: “I was still working on the line when we decided to open the second restaurant,” says Douglas, recalling that the decision to open Etta’s (in 1995) was hard. “How do you split up talent? Are you deluding yourself?” he asked. But at a certain point, he couldn’t resist the opportunity. “There’s no economy of scale with two or three,” argues Douglas, “but at five, six or seven restaurants, infrastructure like accounting and HR can be centralized.”

Stowell, who started with Union, a fine-dining dream Downtown, eventually sought out a new market with the more casual Tavolàta in Belltown. Now, Union is closed, and Stowell has a half-dozen restaurants scattered throughout the city. It was a true shift in business model. “I had been such a snobby high-end cook for so long, and Union fed our ego, but we couldn’t get people in because of our price points,” he says. Once he shifted to a more casual model, with lower prices, “I started liking the volume. The food was simpler, and the criticism was relaxed.”

Restaurants are also a huge boon for developers trying to bring buzz to streets that have been underserved. “I like to take old spaces that have been messed up and do something cool,” he says, pointing out the rustic revision of an old mercantile shop in Ballard that’s now Staple & Fancy and the long vacant East Capitol Hill building that is Rione XIII.

The chef/auteur dream is not entirely dead. One chef who still has just one restaurant operating (for now) is Dustin Ronspies of Wallingford’s Art of the Table. Ronspies relishes the creative freedom that comes with a small business (he heads up a five-person team). “I have no debt,” he says. “That’s freedom to me.” But then again, his brother, who is his sous-chef, has been itching to start his own business, and Ronspies says when it launches, it will be part of the Art of the Table family.

In the end, the choice to be a multirestaurant owner has to do with personality as much as anything else. “I like to open restaurants,” says Douglas, who finances his own ventures. “I like to make a little gamble. We are the skin in the game. And there is no other skin to have.”

We adore our successful local chains—Purple, Cactus, and cafes and sweets shops, too—but when it comes to Seattle’s maturing dining scene, these independent restaurateurs are changing the landscape, one distinctive restaurant at a time. Here, an introduction to the biggest names in restaurants and a look at their growing empires:

The All-Occasioner: Scott Staples
Striking a balance between hipster and everyman, but presenting remarkably good food at every level (including catering with Feed Company Catering).
Restaurants: Uneeda Burger, Quinn’s Pub and Restaurant Zoe

The Romantic: Renee Erickson
Creating intimate eateries with ambiance to spare.
Restaurants: The Walrus and the Carpenter, The Whale Wins and Boat Street Cafe

The Block Watchers: Brandon Pettit and Molly Wizenberg
Branching out, but keeping it close to home.
Restaurants: Delancey, The Pantry and Essex

The Ambassadors: Eric and Sophie Banh
Continuing to introduce us to the layered and seductive flavors of Vietnamese food.
Restaurants: Monsoon, Monsoon East and Ba Bar