The Secret Minds of Teens 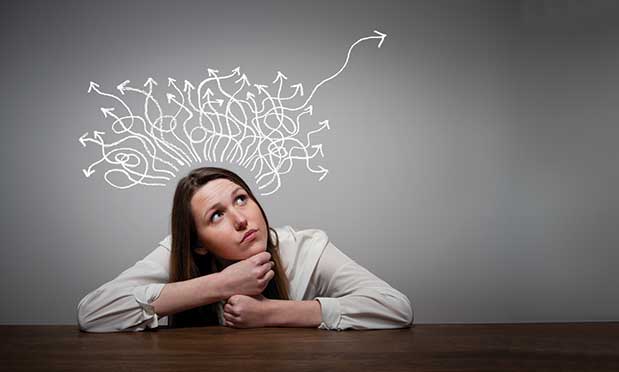 Brett, the proud father of two teenagers, smiles, shakes his head and shrugs his shoulders. “I don’t know where to begin,” he says in response to a question about how the kids are doing. “Bella is in love again—with a different guy. It’s the third one this week And Matt—well, you won’t believe what he’s just done.” The night before this conversation, on a visit to an indoor water park with friends from the baseball team, Matt jumped off a 30-foot-high landing into the pool below. Matt can’t swim, but he was the first one in the group to jump. His friends told him that he didn’t need to know how to swim; he’d pop right up to the surface after the jump and he’d be able to grab the side of the pool. He’d be fine. “As it turned out, he was fine,” Brett says. “But that was crazy. What was he thinking?”

According to the latest research, Matt wasn’t thinking—at least he wasn’t thinking clearly, because the part of the brain that controls assessment of risk isn’t mature and fully developed in teens. In fact, that part of the brain doesn’t mature until the early 20s. If you have young adults in your family, you’re probably thinking, “Well, that explains a few things.” Indeed, it does. Thanks to significant advances in imaging technology in the last few years, coupled with groundbreaking research, we now know that adolescent brains are very different from adult brains in terms of maturity, function and processing. The teen years are impressive in terms of learning—which rivals an adult’s abilities—and teens are also at their peak in terms of physical strength. But development of the teen brain centers that control the functions of strategizing, planning and risk assessment are not yet completely developed, and that can cause behavior and judgment issues that parents deem downright wacky—or worse—incredibly risky. Whereas adult brains are fully developed in terms of function, the National Institute of Mental Health (NIMH), a part of the National Institutes of Health, refers to the teen brain as a work in progress, because it’s “still under construction.” In fact, advanced imaging has enabled scientists to understand just how much “construction” is happening. Many of the changes that occur during the teenage years are related to general improvements in the functioning of the brain, making it faster, more efficient, more integrated and better connected, explains Sara Jane Webb, Ph.D., a research and associate professor in child psychology at Seattle Children’s Research Institute. “Most of the change occurs in the frontal area of the brain, which is responsible for important functions like inhibition and impulsivity, reward and motivation, decision making, problem solving, emotional regulation and motor planning. Maturation of the frontal part of the brain results in better and more complex decision making and action implementation.”

With all of these changes taking place, says Yolanda Evans, M.D., MPH, a pediatrician in the Division of Adolescent Medicine at Seattle Children’s and coauthor of the Seattle Children’s blog, Teenology 101, “one of the major developments in the teen brain is the neurons of the prefrontal cortex are undergoing maturation. This is the control center of the brain; it helps with executive function, decision making and logic. The limbic system, or emotion control center, is also maturing, but at a faster rate than the prefrontal cortex.”

“When you think about emotional control maturing sooner (and becoming more dominant) than logic control, it makes sense that teens may seem more emotional or may do behaviors that don’t seem rational,” says Evans. “Teens do have the ability to think about their actions and the consequences, but the emotional stimulation (or reward center) trumps the logic. This can lead to decisions and behaviors driven by emotions” and may also explain why they act as if they are invincible. Adding to the complexity, “Hormones, brain development and life experiences interact, resulting in both positive and negative brain adaptation,” Webb says. In addition to changes in the brain’s anatomy and functioning, “The external environment of the teen is also more complex, with more responsibilities in school and in the family, as well as a broader set of social experiences and events (both positive and negative) with family, peers, and the community,” Webb says. “Behavior impacts hormones and behavior impacts brain development. It is a multi-directional and responsive process.” Leading scientists such as Jay Giedd, a neuroscientist at NIMH, believe that what teens do during their adolescent years also affects how their brains develop. Think of it as the “use it or lose it” principle. At the beginning of the teen brain development cycle, all things are possible, and, according to Giedd, brain cells and connections that are used during the teen years will survive; those that are not used will disappear. In a way, the brain becomes hardwired—in both good and bad ways—through action. If a teen focuses on music, sports and academics, the wiring carries over into adulthood. Ditto for being a couch potato—or doing drugs. And as if that wasn’t enough already, there’s another set of complications for parents to consider: Evolving teen brains are especially vulnerable to brain injury, chemical dependency and mental health issues. Nationally, more than 70 percent of emergency room visits for sports- and recreation-related traumatic brain injury (TBI) are for adolescents ages 10–19 years, according to Stanley Herring, M.D., director of Sports, Spine and Orthopedic Health for UW Medicine, co-medical director of the Seattle Sports Concussion Program, and a team physician for both the Seahawks and the Mariners. Of even more concern, adolescents are especially susceptible to second impact syndrome (SIS), a second hit after initial impact that can cause severe permanent disability, even death, says Herring. His advice to parents and coaches: Don’t take chances; “when in doubt, sit them out.” “Concussion or head trauma that is not allowed to fully heal can have significant effects on a person’s emotions and ability to think, concentrate and perform tasks,” according to Evans. Repeated head injury that is not allowed to heal in between the traumatic impact events can lead to death. Any teen with a head injury should not return to sports until they are fully recovered.”

Rosemary Agostini, M.D., chief of Activity, Sports and Exercise Medicine at Group Health Cooperative, says parents need to pay attention after a head impact injury. “Concussion can disrupt the process of the teenage brain evolving and organizing itself. Teenagers with ADHD, depression, learning disabilities, hormones [imbalance], [onset of] menstrual periods and substance use are at higher risk for more severe consequences from concussion,” Agostini says. “If the usual angst of ‘teenager-hood’ becomes amplified or a new disturbing behavior occurs, parents should not just chalk it up to ‘being a teenager’; they should take their teen to see a doctor for evaluation of a concussion.” One of Agostini’s teen patients described himself as feeling exceptionally tired and sad, “like I dropped my favorite birthday cake on the floor.” Another (who never yells) screamed at his mom about a new haircut. Behaviors like this are red flags for Agostini. Both teens were later diagnosed with concussion. Leslie Walker, M.D., chief of the Division of Adolescent Medicine and codirector of the Adolescent Substance Abuse Program at Seattle Children’s, worries about addiction during this period of vulnerability. “The teen years are a critical time—and teens are most susceptible to chemical dependency, especially to marijuana addiction, during this developmental phase,” Walker says. Together with Kevin Haggerty, Ph.D., associate director of the Social Development Research Group at the University of Washington, Walker wrote A Parent’s Guide to Preventing Underage Marijuana Use to help parents better understand and deal with the issue, especially now that recreational use of marijuana has recently been legalized for those 21 and older.

According to Walker and Haggerty, marijuana is a particular problem for teens. Most teens who enter the substance abuse treatment program at Seattle Children’s report that marijuana is the main or only drug they use. Adolescents who start using marijuana before the age of 14 are four times more likely to become addicted by the time they are adults. Adolescents who use marijuana can have increased difficulty memorizing things, exaggerated or irrational thoughts, hallucinations, paranoia, anxiety, depression—and a permanent decrease in IQ with prolonged use.

It is also during the teen years that serious emotional health issues may begin to surface. Recently, Richard A. Friedman, a professor of clinical psychology and director of the psychopharmacology clinic at Weill Cornell Medical College, wrote “Why Teenagers Act Crazy,” which appeared online in the Opinion section of The New York Times. “Adolescence is practically synonymous in our culture with risk taking, emotional drama and all forms of outlandish behavior,” wrote Friedman. “But there is a darker side to adolescence that, until now, was poorly understood: a surge during teenage years in anxiety and fearfulness.” Suicide is the third-leading cause of death for young people ages 15–24 (following accidents and homicide), according to the NIMH and the Centers for Disease Control and Prevention. The teen surge in anxiety and fear and the inability to see clearly beyond the present, coupled with the tendency for emotional health issues such as depression to emerge at this time, may be potent factors contributing to the suicide rate, especially when substance abuse is also a factor.

So what’s a parent to do? How do you know when your teen is heading for trouble? And when should you enlist the help of one of our area’s world-renowned adolescent medicine specialists? “It can be very normal for teens to have disagreements with parents, push boundaries and take some risks,” says Evans, “but parents should seek professional advice if they notice significant changes in their teen’s behavior—if they become socially isolated, seem quick to anger, have any violent outburst, stop engaging in activities they previously enjoyed—or if parents have a gut feeling that something isn’t right. Parents should also know whom their teens are hanging out with. If a teen’s friends are engaging in worrisome behavior, their teen may also be engaging in similar behavior,” Evans says.

There’s still so much to learn, according to Webb. “Recent findings documenting the significant brain changes that occur during the teen years and early adulthood mean we need to continue to work to understand how genes and environment interactions result in positive brain and behavior outcomes. Currently, we are studying the relation between brain functioning and genetics in girls compared to boys, with and without autism,” Webb says. “Studies like this one, and others that are going on at Seattle Children’s and across the nation, will provide important information about how individual genetic information and environmental experiences influence brain development and functioning.

“The teen years are very special,” says Evans. “It’s a short window of time where a person transitions from childhood to adulthood, and parents are instrumental in helping with the transition.” Parents should engage in open discussions with their teens about behavior expectations, relationships, drug use, sex and mood—and listen to their teen’s perspective and opinions as well. When it comes to compensating for a developing teenage brain in which emotion trumps logic, “Good parent communication,” says Evans, “is one of the best methods of preventing risky behavior.” +