She She Pop’s Testament

A German performance group tests the bonds between dads and daughters. 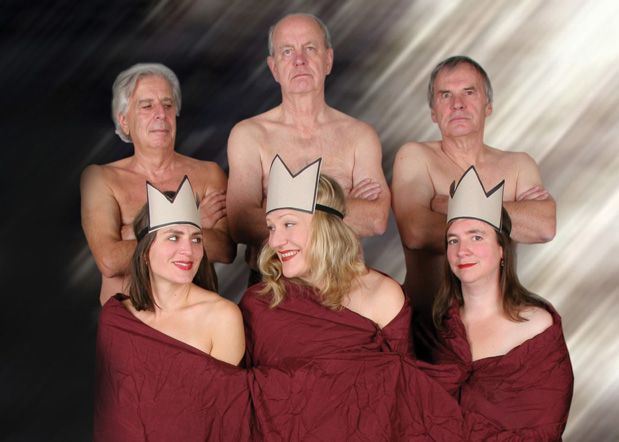 Imagine having a frank conversation with your elderly father about familial guilt, parental love and impending death. For some, that prospect is terrifying enough. Now imagine having that discussion in front of a couple of hundred people. Further imagine that at some point during this conversation, your septuagenarian father is stripped to his underwear.

The members of German performance collective She She Pop explore (and endure) all of the above in their whip-smart show Testament, which takes King Lear as its leaping-off point. Much like Shakespeare’s tragedy, Testament probes the father-daughter dynamic to reveal generational conflict, questions of inheritance (money, disease and beyond) and the sticky wicket of quantifying love.

The women’s bold decision to feature three of their real fathers on stage—asking the men for explanations, dancing with them, taking off their shirts—deepens the intensity of this honest performance, as does the painful reality that the familial caretaker role is visibly changing hands. As in most father-daughter relationships, there is humor, sadness, regret, hope and complicated love.