Andrew Hoge Gets the “Attaboy” For Attire 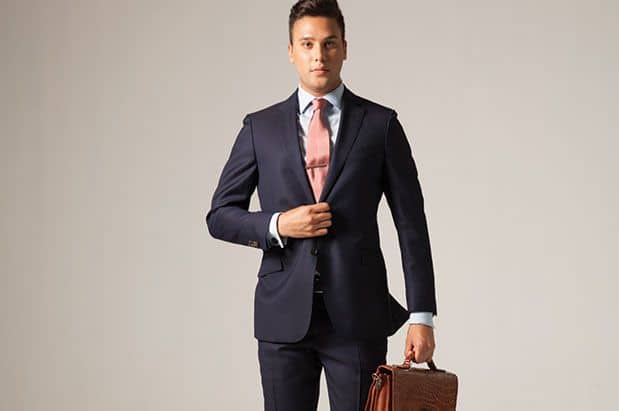 Andrew Hoge honed his eye for style as the communications and assistant business manager for Seattle couturier Luly Yang before joining the events team at The Fairmont Olympic Hotel this past summer. Given the task of designing dream weddings for the city’s elite, Hoge says his take on event design is an extension of his personal presentation. “For me, everything is in the details,” he says. “Just like you think about a pair of cuff links or a patterned sock, imagine the chargers that will go under your dinner plates, the lighting…all these elements add unexpected delights that are memorable.”

Standing tall at 6 feet 6 inches, Hoge knows the importance of good fit. “I’m pretty much always in suits, but [at 26 years old] I look for something with a modern fit,” he says. “Something that looks nice around the shoulders, tapered around the waist and well-tailored pants. Not too long,not too high on the ankle, just enough that you can catch a glimpse of a funky sock or shoe.”

Hoge spends six days a week in a suit and tie, but his off-duty wardrobe includes tailored jeans, leather jackets, high-top shoes and his signature accessory: Creed “Aventus” eau de parfum. “Fragrance is an essential part of my wardrobe,” Hoge says of the blackcurrant- and birch-infused scent. “It’s that certain extra something that people are going to remember.”