Our editors picked their favorite local boutiques for men and women's clothing, gifts and more. 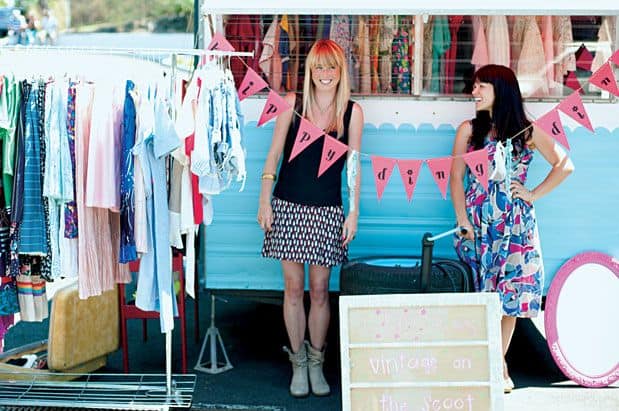 This article originally appeared in the December 2012 issue of Seattle Magazine.

Best New Shopping Trend
Boutique Trucks
We’ve grown accustomed to meals on wheels, but this year the town was treated to fashion trucks on the go. Glued to our Twitter feed for location updates, we eagerly tracked this new breed of mobile boutique. Amanda Linton and Allison Norris’ vintage trailer, The Kippy Ding Ding, opened in July, offering vintage clothing (with special attention given to dresses) and accessories. Farther afield, owner Rosie Itti has vamped up a 2011 Chevy van for her Closet Space and travels throughout her home base of Port Townsend, Bellingham and in-city stops with her selection of new clothing and bags in tow. And Jaime Marie has been parking her charmingly revamped J Project Clothing short bus at the Shoreline Farmers Market on Saturdays since last May, selling original screen-printed tops and handmade scarves. Next year, all three will be parking at the Fremont Sunday Market on the second Sunday of the month.

Best New Shop
Sell Your Sole Consignment Boutique
Tucked into a suite hidden behind the Cherry Street Coffee House in Belltown, Natalia Biner’s glorious Sell Your Sole Consignment Boutique boasts some impressively well-named, gently worn garments and shoes (say, Prada, Jimmy Choo and Vivienne Westwood), but it was Biner’s expert eye that first won us over when she opened shop in March, and kept us coming back to see the fashion treasures she’d uncovered. The shopkeeper has organized her russet- and lime-colored space by garment type, with colorful dresses from the likes of Kate Spade opposite on-trend Vince jeans and plaid Alexander McQueen skirts; $100 designer dresses abound, with more unique pieces topping $500. Head up to the second-floor shoe loft, where a floor-to-ceiling mirror and a couch strongly encourage trying on knee-high Coach boots or colorful Missoni striped heels. 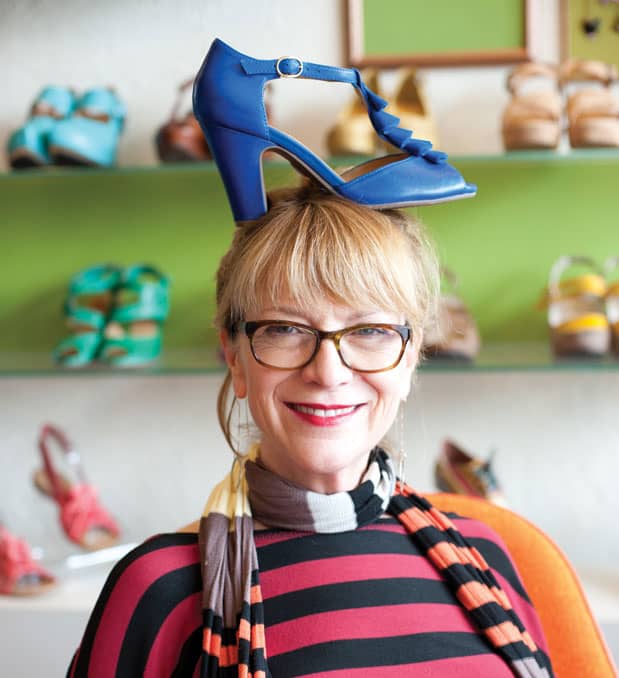 Shopkeeper of the Year & Best Shoe Store
Linda Walsh & Clementine
We have a giant crush on Linda Walsh (above), the cheerful owner of Clementine in West Seattle; her precious shop, with its selection of kicky urban footwear—from the likes of Chie Mihara, Kork-Ease, Fluevog and Miz Mooz—Prairie Underground hoodies and spirited accessories, reflects Walsh’s own exuberant personality. And no one seems to beat the “local” drum and wave the neighborhood pride flag quite as exuberantly as she: Clementine regularly hosts trunk sales for emerging designers (including Seamless in Seattle winner Christine Chaney) and rallies for special fundraisers (this year she gathered shoes for Jubilee Women’s Center) with a cheerful abandon that has gained her many a fan.

Best Women’s Boutique
Canopy Blue
Demure Canopy Blue has long reigned as a must-stop for women hankering for casual yet elegant attire. But the Madison Park shop seemed to gain a new joie de vivre once new owner Danielle Ackerley took over from founder Kieran Oaksmith in early summer, bringing with her an approachable, sweet new presence. Longtime fans can still expect the same St. Bart’s destination–style feel inside, but should also be on the lookout for more shopping events, hip new lines ranging from AG denim to rising star Juliet Roger’s sweet jewelry, and even wine nights to encourage lingering.

Best Men’s Boutique
Asher Goods
After a name and location change in 2011, Asher Goods (formerly Asher Anson in Ballard) adopted a savvy new focus for its Kirkland digs, catering exclusively to the gents. With an emphasis on products made in the good ol’ USA, owners Matthew Lawrence and Jerry Morris carry trusted lines like Filson and Stetson, sprinkling in new collections such as Eugene, Oregon’s superhot Will Leather Goods leather knapsacks and Bridge & Burn rough ’n’ tumble work shirts.

Best Jewelry Boutique
Hitchcock Madrona
Erica Nelson-Sheehan is the poster woman for the Madrona shop, Hitchcock Madrona, which she co-owns with cousin Dustin Nelson, and is a dazzle fest of the most cutting-edge jewelry in the city. On any given day, the spunky shopkeeper is modeling an array of chunky bracelets, cocktail rings and fringe necklaces. It’s bold business here with Lulu Frost’s line of room-number pendants, made from casts of the original room numbers on the doors of NYC’s Plaza Hotel, or Venessa Arizaga mixed-medium necklaces, which combine thread and crystals with artsy goth appeal, to name just a few jewels. 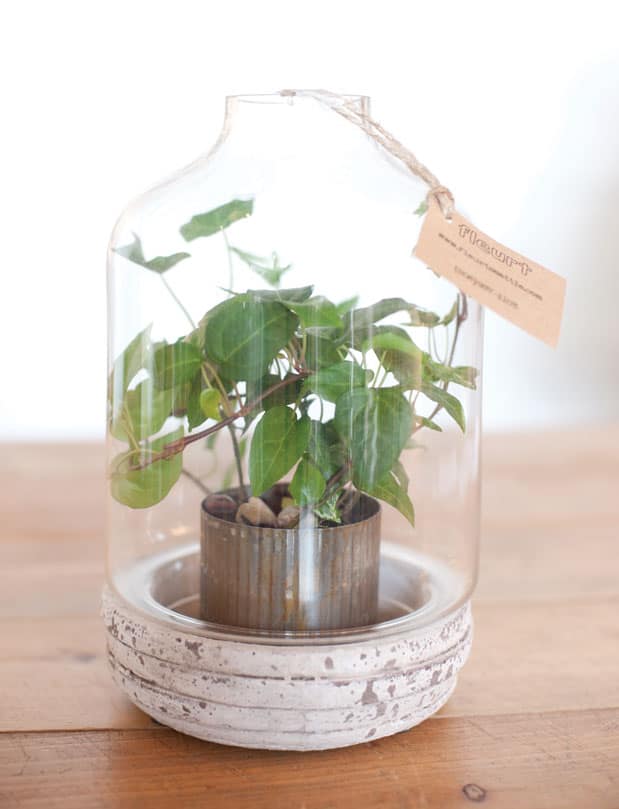 Best Flower/Indoor Gardening Shop
Fleurt
We were truly sad to say goodbye to Knows Perfume in West Seattle this year, but thankfully, the void was filled by relocated floral boutique Fleurt. Since opening in 2010, a half-block from its new home, the sweet space has been our go-to for fresh flowers, girlfriend gifts, and a wide array of potted plants and mod bowls overflowing with succulents. Now, in the 1,200-square-foot shop (an upgrade from a teensy 200), owner Sam Crowley has more space for fun jewelry, such as her own terrarium necklace creations; a production area, where she hosts DIY classes on floral arrangements; and a dedicated bar that runs the length of the shop, where you can craft your own terrariums.

Best Housewares Shop
Guesthouse
If friends’ spare quarters were anything like Kate Sehulster’s Madison Park home décor shop, Guesthouse, we’d instantly become those bothersome guests who refuse to leave. The ever-changing studio, which moved from Madrona in the fall after the wild success of a summer pop-up at East Madison and E. Blaine streets, is layered with Sehulster’s eclectic finds, which can include seashells, rustic antlers and vintage modern-inspired candlesticks, as well as a full textile library of bold florals, paisleys and striped fabrics for custom pillows and upholstery. 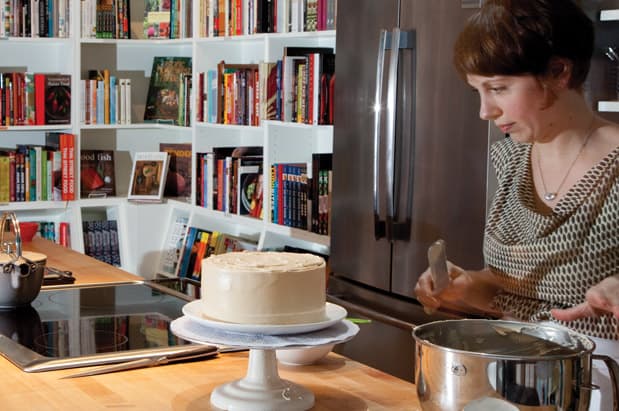 Best Bookstore
Book Larder
Maybe it’s the cookies often baking away in the oven or the perky, Caribbean turquoise-hued walls, but a happy, warm spirit pervades Fremont’s Book Larder (above), which serves as both beloved community bookstore and events space for touring authors. Lara Hamilton’s Larder is one of only a handful of cookbook-exclusive shops on the West Coast and it specializes in the local, with signed cookbooks from luminaries such as Ethan Stowell and the Gluten-Free Girl (Shauna James Ahern), and the hard to find, with vintage tomes such as Mastering the Art of French Cooking and reissued Penguin cookbooks dating back to the 1700s.

Best Expansion
Nordstrom Rack
In deep, dark February of this year, a glittering beacon of hope appeared downtown: the expanded, rebranded and much (much) bigger Nordstrom Rack, which moved from Second Avenue to the entire basement of Westlake Center (Westlake, 400 Pine St.; 206.448.8522; nordstrom.com). The 42,500-square-foot space is more akin to sister store Nordstrom’s look and feel than a bargain bin, thanks to a large designer section and tens of thousands of pairs of shoes. But the new space also marks the beginning of a movement as Nordy plans to open 24 new Racks in 2013 alone and then double the number of stores by 2016. First up: the new Northgate store, [now open] in the old Toys R Us space. Lucky us.

Best New Bike Shop
Seattle E-Bike
We love this fair city, but curse its hills every time we’re on a bike ride. Our huffing, puffing prayers were answered with the arrival of E-Bike in Pioneer Square last winter, purveyors of electric-assist cycles. Owner Brian Nordwall and resident e-bike expert Mikaela Bird offer a wide array of Prodeco models ranging from mountain-ready to cruisers powered by man or machine, alongside biking accessories and the ultra-hip Terra clear raincoats.

Best Glasses Shop
Eyes on Fremont
Groovy, chunky spectacles are a seemingly mandatory element of the Seattle uniform; start asking bespectacled hipsters about their shop of choice, and Eyes on Fremont is sure to come up. Owner Nate Ogura is committed to carrying small businesses and independent designers such as Andy Wolf, Sho Eyeworks and Aframes, as opposed to big-name brands; it’s that same independent streak that manifests itself in colorful, retro and loud fashion throughout the friendly shop.