If you swoon over the new Duchess of Cambridge’s (insanely great) wardrobe, it’s time to memorize th 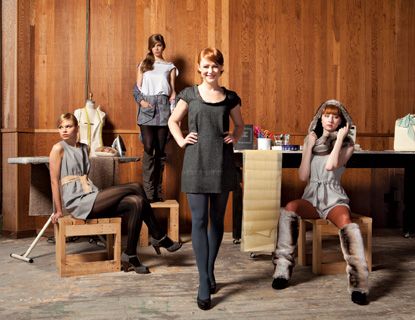 Schooled by Vivienne Westwood designers at American InterContinential University in London (trivia interlude: One of her fellow students was none other than Project Runway season-four winner Christian Siriano), the 2011 Seamless in Seattle finalist Gina Moorhead is bringing a taste of British style back across the pond with her prim and polished Gina Marie women’s wear line.

“I want to give women something to wear when they dress up and feel pulled together and sophisticated,” the Belltown-based designer says. “I am so influenced by the Brits’ polished approach, so it’s all very London and urban.”

Moorhead uses English staples like cozy gray, blue and herringbone fabrics as the foundation for her proper frocks and architectural wrap skirts with exposed pockets (collection ranges from $125 to $425).