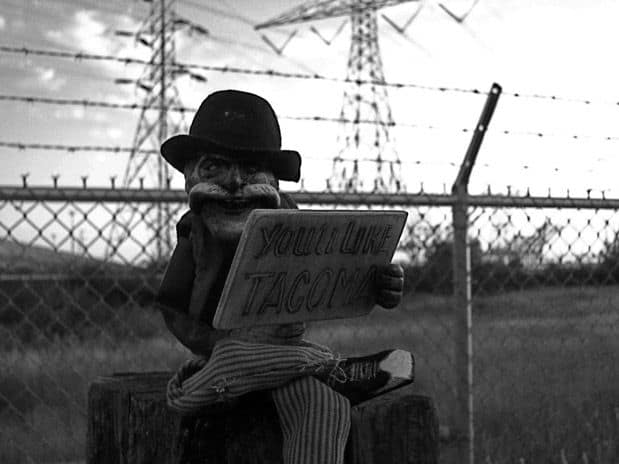 Seattle loves puppets. But are we ready for Tacoma’s? 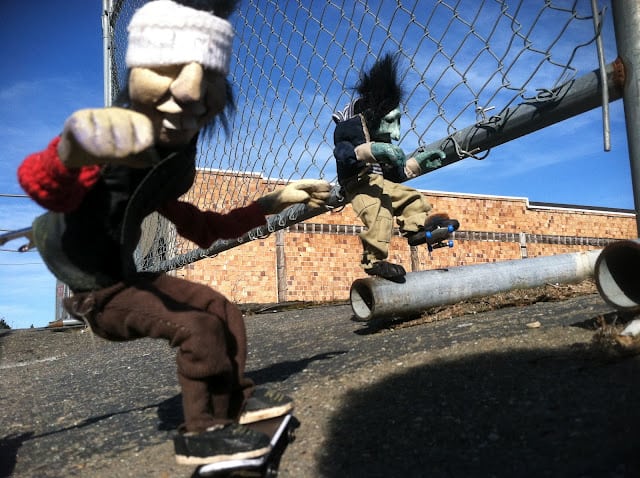 What’s even stranger: these are puppets that he willingly created.

Gregory has been dreaming up complicated characters for a long time in his work. (Full disclosure: I got to know those characters and the artist a while ago, when we were cohorts at City Arts’ now extinct Tacoma edition, for which he drew a monthly comic called “True Grit”). 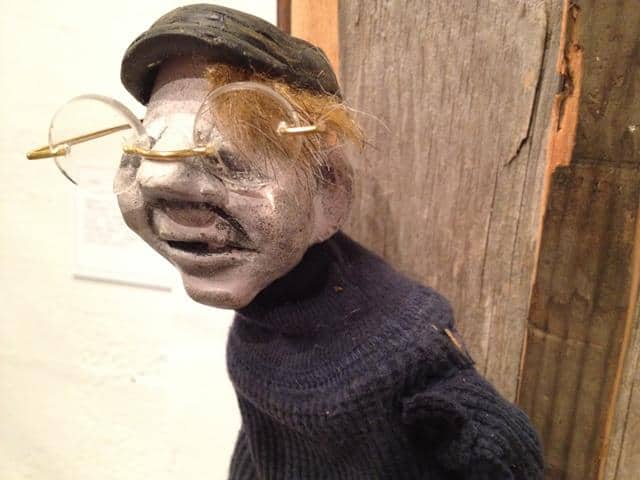 As the title of that comic indicates, Gregory’s work explores the ugly side of life in Tacoma: homelessness, gang violence, drugs and poverty. He doesn’t have a judgmental, or morose, or even moralizing point of view about any of this. A skateboarding, juggling, mural-painting, sticker-tagging trickster himself – he just seems to cheerfully absorb some of the unpleasant realities around his hometown and refract them into whimsical portraits of sympathetic or funny characters you’d probably sooner see in a sideshow. Maybe it’s a coping mechanism. Maybe it’s just fun. But it’s pretty much all that Gregory does: make art inspired by the life happening around him.

In that way, his sideshow creatures and grimy caricatures have always read as poignant and as party to a bigger, and important story – never as “just” comics.

And now they have come to life in marvelously crafted three-dimensional puppets. Seeing them is like stepping into to the drawing themselves. (Think: A-ha’s “Take on Me” video.) Gregory makes each puppet by hand; he even sews their clothes. 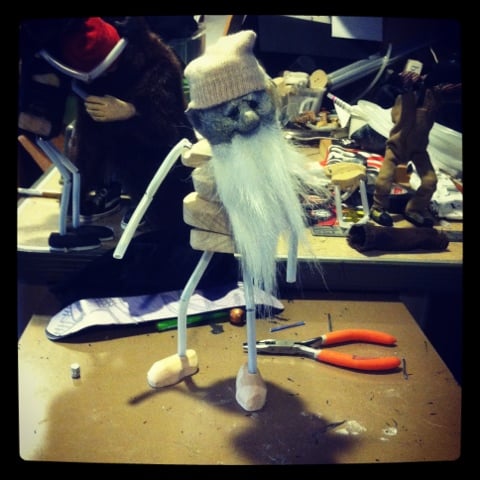 For his current show in Seattle—at Bherd Studios in Greenwood—Gregory has posed the puppets specially in large dioramas (much of them assembled from found objects), depicting his characters going about the regular business of their lives: shooting heroine, skateboarding, getting into bar fights, making art or just loitering. The puppets’ worlds are humbly, but marvelously devised, from found objects situated inside instrument cases, bird cages and mason jars, which are sometimes prisons. Sometimes they get out. One creature is posed on the floor, tagging the gallery wall with a tiny spray can; another skateboards up over your head; yet another snorts cocaine out in the open. 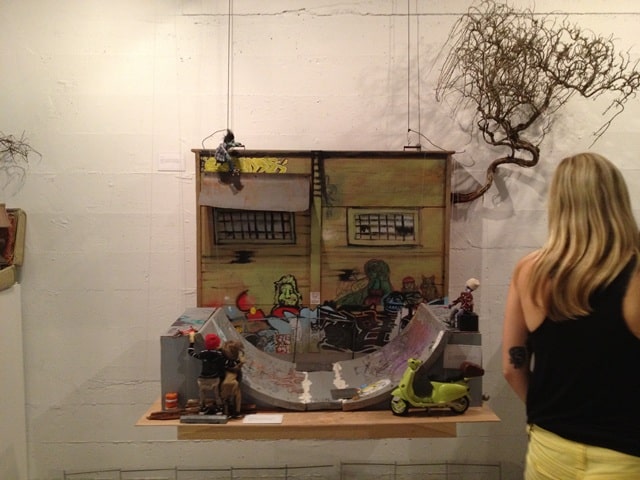 “Why would anyone want to spend their free time around people like that?” asks, perhaps, anyone who has ridden a city bus recently?

It’s certainly no Disney-sanctioned trip to Wonderland. In one diorama: the puppets look—perplexed—at a heap of dead baby birds. The bird skeletons Gregory has placed there are real. Ugly? Yes. But it’s life.

If you’ve seen Nightmare Before Christmas, you’ll really understand: Tacoma is his “Halloween Town.” And he’s perhaps the only mad scientist crazy (or genius) enough to see the authentic and loveable characters living there are worth spending time with—and learning something from.

What is really exciting about this show is getting a chance to witness Gregory in the early stages of developing a complete universe, for which you need a balance of beauty and ugliness. 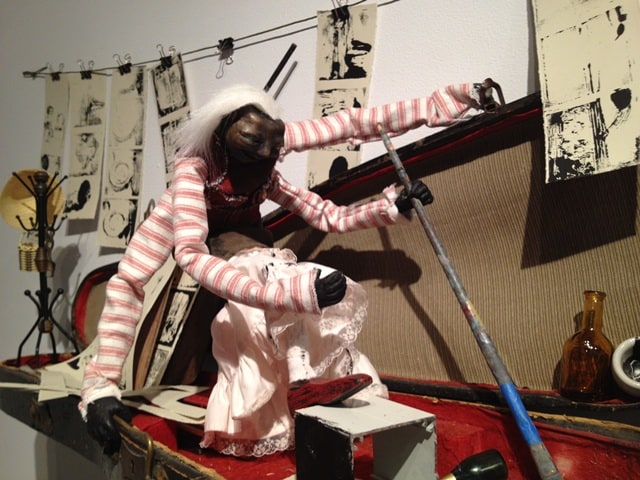 There is bad (the bullies); and there is good (the four-armed, “self-sufficient blind girl” who loves to make art). There is innocent (the broken girl who longs to go outside); and there is complicated (the heroin addict lying prostrate under the skater’s half-pipe).

It would be fantastic to see Gregory showing them all intertwined in a full-length animated film.

A short animated film he created plays in the corner of the gallery shows he has potential to pull it off. Starring some of the puppets on display, the story is about a young man being bullied into shooting an innocent songbird. It’s a simple parable. But Gregory’s grimy characters have remarkable range for emotional storytelling.

Look out, Tim Burton. Look out, innocence derived of blissful ignorance. Jeremy Gregory’s got something to show you.