Knute Berger wonders what’s next for Seattle after a heartbreaking spate of bystander shootings. 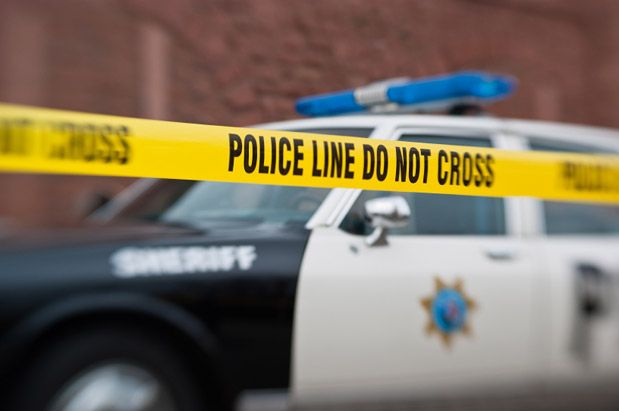 Summer, in spirit if not via the weather, kicks off each year over Memorial Day weekend with the Northwest Folklife Festival at Seattle Center. This year, it sadly provided echoes of the sound too often heard on Seattle streets these days: gunfire. A bystander was caught in the crossfire of a shooting near the Space Needle, shot in the leg. Urban reality intruded on a music festival that is a tribute to the hippie ethic of “live and let live.”

It was only one of a series of shootings that has shaken the city this year. These included the massacre of four people at Café Racer in the U District, the murder of a woman next to that church of civility, Town Hall, during a madman’s carjacking, and the killing of a Madrona dad, struck down by a stray bullet. The year got off to a bad start with a spate of gun violence, so bad that by February, Mayor Mike McGinn had declared a “public safety emergency,” largely due to South End street violence.

Seattle is not often moved by gang violence, and the Lake Washington Ship Canal too often symbolically defines our zone of concern as it delineates a long-standing racial and economic divide. But the early-summer shootings moved the trauma into the public square and involved victims that a majority of people could relate to: a Zillow employee running errands, artists and musicians hanging out in a coffeehouse, a Bellevue mom with kids in a local private school.

A heavily armed democracy must also have a commitment to sanity and humanity. It does little good to say the mentally ill can’t own firearms if you can’t identify who they are, if you can’t disarm them and if you don’t have the resources to treat them.

No one has an overarching explanation for the spike in violence—too many guns, socio-economic conditions, a statistical quirk, all of the above. A police department under scrutiny for its use of force is being squeezed both for being too tough and for not doing enough. No one is promising a quick fix.

And there isn’t one. But it seems like a good time to take stock. On the good-news side, the Seattle/Tacoma/Bellevue metro area is the 15th most populous in the U.S., according to the 2010 U.S. Census. In terms of serious crime—murder, rape, aggravated assault, burglary, auto theft—it ranks 134th. If you swap out Tacoma for Everett, it drops to 161st. Either way, we’re doing well for a city of our size. We’re not Detroit (the worst), or Oakland (12th), or Las Vegas (8th) or even Anchorage, Alaska (18th).

On the downside, we’re being pressured by too many guns and too little money. Washington is a pro-gun state, and gun control laws have to go through Olympia, where they tend to founder, even on the heels of tragedy. The courts threw out Seattle’s 2008 gun ban in city parks, which also followed a Folklife shooting in which three people were injured. An assault weapons ban proposed after the murder of teenager Aaron Sullivan in Leschi—killed by another teen wielding an AK-47—failed to become law in 2010. We can do a better job of enforcing existing guns laws, but guns will not be legislated away.

Yet as we defend gun rights, we’ve also been slashing budgets. In 2010, Governor Christine Gregoire expressed her agony over the state of affairs. “I hate it…and in some places I don’t even think it’s moral,” she said. She was referring to her own proposed budget. Restrictions and tax limits have caused excruciating cuts, including a program at Western State Hospital that allowed violent psychiatric patients to be housed there.

Unfortunately, many pro-gun legislators in Oly are also pushing more and more to cut government funding. The result is an increasingly armed populace and fewer resources to identify and treat people who are mentally ill and potentially violent. Ian Stawicki, who shot down his fellow Café Racer regulars and the mom at Town Hall, was known to be mentally unbalanced by his family and friends, and he had a domestic violence record, yet he was well armed—with a handgun permit—and untreated.

A democracy needs an educated citizenry. An uninformed society, James Madison said, leads to “farce or a tragedy.” But a heavily armed democracy must also have a commitment to sanity and humanity. It does little good to say the mentally ill can’t own firearms if you can’t identify who they are, if you can’t disarm them and if you don’t have the resources to treat them.

Failing to follow through with sane policy also contributes to tragedy, as we’re learning the hard way.

Write editor at large Knute Berger at knute.berger@tigeroak.com. His Mossback column is at crosscut.com.