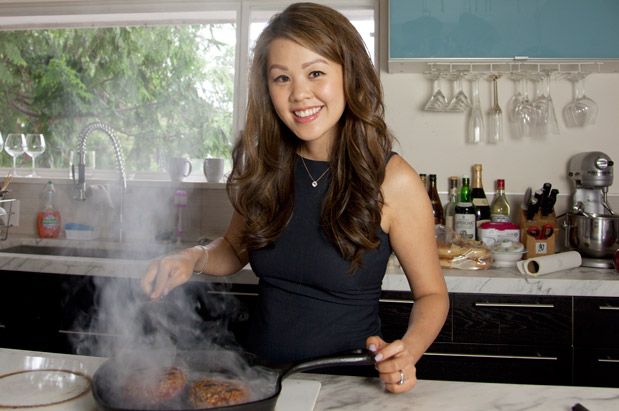 What they are: Padrón peppers are small, green peppers with a sweet, mild flavor. Occasionally, the odd rogue pepper can grow particularly hot and spicy, making eating a dish of these peppers (often fried or roasted in olive oil) almost a game of Russian roulette. The peppers that grow later in the season, in August and September, tend to be spicier than the ones earlier in the summer season.

How I discovered them: The first time I had Padrón peppers was a few years ago; they were served atop one of Delancey’s fine pizzas. Since then, I’ve tasted them with fried calamari from the menus at Harvest Vine and Pintxo, both wonderful Spanish restaurants whose chefs love to utilize this special summer ingredient.

How to use them in the kitchen: Remove the stems from the peppers, then toss the peppers in a liberal amount of olive oil and sprinkle with sea salt. Roast the peppers in a hot oven until the skins start to blacken in spots and the peppers become tender, about 25 minutes. Alternatively, you can deep-fry the peppers, then season with salt before adding them to any dish that can use a little Spanish heat, or serve them as is as a predinner cocktail nibble.

Where to find them: Padrón peppers can be found at farmers’ market stands, including Tonnemaker Hill Farm (a vendor at multiple weekly markets, including Columbia City on Wednesdays, Queen Anne on Thursdays and Broadway Market on Sundays; tonnemaker.com).