What new screening, targeted treatment and genetic testing means for you 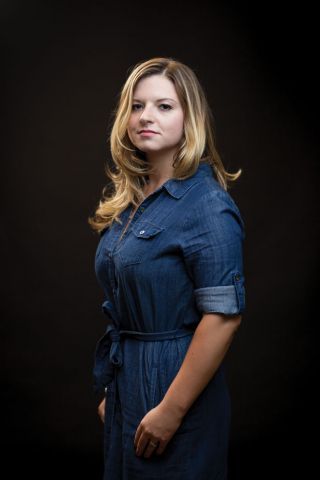 Anna Kuwada was 24 years old and newly engaged when she tested positive for the BRCA1 gene mutation.

“My mom was [first] diagnosed with breast cancer at 31,” recalls Kuwada. “She survived, and then, at 54, she was diagnosed in the other breast. This was in 2009. The savvy lady that [my mom] is, she went to Seattle for a specialist’s opinion and was referred to a genetic counselor. She was tested and found that she carries a BRCA1 mutation…. While she was having surgery, I went to see her counselor and also tested positive for BRCA1.”

Kuwada says that immediately after receiving her test results, “I grieved, I was angry for a month or so and then I kind of set it aside—helping my mom through treatment, planning my wedding—and picked it up again a few months after that, when I had the emotional strength to deal with it.” For a year, she underwent breast MRIs, mammograms and several biopsies before deciding to undergo a risk-reducing double mastectomy and reconstruction at age 26.

“My husband and I decided we didn’t want to spend our 20s and 30s terrified. We didn’t want to be living in fear of breast cancer. Given how young my mom was when she was first diagnosed, 26 isn’t terribly young to undergo the procedure…. It was not an easy decision, but it wasn’t terribly difficult [to make] considering our circumstances,” she says.

BRCA1 and BRCA2 are tumor-suppressing and DNA-repairing genes that were discovered in the mid-1990s. A mutation in either gene dramatically increases the risk of developing breast and ovarian cancers. Testing for BRCA1 mutations and other indicators was thrust into the spotlight when actress Angelina Jolie underwent a risk-reducing double mastectomy in 2013 after testing positive for the BRCA1 mutation.

F. Ames Smith, M.D., FACS, medical director of Breast Surgery for The Polyclinic, says Jolie’s decision to go public with her surgery had a far-reaching impact.

“There’s no question there’s been a big increase in screening for BRCA1 and BRCA2 [following Jolie’s announcement], not only in our practice but nationally and even internationally,” says Smith.

Jolie’s mother, maternal grandmother and a maternal aunt all died of breast and/or ovarian cancers. Smith says in families like Jolie’s, “It’s almost like a feeling of when am I going to get [cancer], not if.” By choosing a risk-reducing double mastectomy, he says, Jolie “lowered her risk [of developing breast cancer] by over 90 percent.”

Robin Bennett is codirector of the University of Washington Medical Center’s Genetic Medicine Clinic. She also has seen the number of patients seeking genetic counseling grow exponentially, as well as the number of genetic tests now available.

“Our clinic has been seeing patients for cancer genetic counseling for 55 years, but there weren’t really any tests to offer until the 1990s. So people would come to us—maybe 10, 20 people a year—and say, ‘I have this cancer in my family. Do you think it’s genetic?’ and we’d say, ‘Yes, I think it’s genetic, and we want to offer you mammograms at a younger age or colonoscopy screenings at a younger age.’ But we didn’t know for sure that they were at a higher risk, we were just predicting that…. In the late ’90s and early 2000s, when those kinds of tests became available, we went from seeing 20 patients a year to over 1,000 patients a year. It’s a huge uptake of information and it’s growing all the time,” says Bennett.

Patients who were tested just five years ago could benefit from additional testing, she says, depending on the individual’s personal and family medical history.

“The information that we could [gather] before is like the amount of information you could put on a floppy disk—you know, a Word document—and now we have terabytes of information. It’s like a person on a tricycle being pulled by a 747. The power of genetics and of genetic sorting of this information has just exploded,” she says.

Larissa Korde, M.D., MPH, with Seattle Cancer Care Alliance, agrees. “We are now starting to understand that there are a number of additional genes that we think may be associated with both breast and ovarian cancers,” says Korde. In fact, an article published in the August 7, 2014 issue of the New England Journal of Medicine announced that an international team of researchers had found that women with rare mutations of the PALB2 gene had a one in three chance of developing breast cancer in their lifetime. That risk increases to six in 10 if the carrier has a family history of breast cancer. “This study has yielded the best (and largest) data to date on breast cancer risk in carriers of PALB2 mutations. Further research with larger numbers will be needed to establish precise estimates of risk for breast and other cancers, and to identify the best strategies for screening, surveillance and disease prevention in carriers,” notes Kathi Malone, Ph.D., MPH, BSW, head of Fred Hutchinson Cancer Research Center’s epidemiology program.

A Supreme Court case in 2013 opened up testing to more companies. “Last year, the one company [Myriad Genetics] that was doing all of the gene testing in the U.S. came up before the Supreme Court through a patent challenge,” Malone explains. Myriad’s patents were invalidated, allowing more companies to test for BRCA1 and BRCA2 gene mutations, increasing the accessibility of the tests and lowering costs.

“Around the same time, we’ve had the advent of what we call multiplex gene panels, which are panels that, instead of looking at just one gene, can look at multiple different genes at the same time on a single blood test,” says Korde.

One of the multiplex gene panels is the BROCA Cancer Risk Panel, which was developed at the University of Washington (UW). It looks at 24 genes associated with breast cancer, including BRCA1 and BRCA2. The test is based on research by UW researchers Tom Walsh, M.D., M.S., and Mary-Claire King, Ph.D. King is the geneticist who identified the BRCA1 gene in the early 1990s while at the University of California, Berkeley. (King’s work was the inspiration for Decoding Annie Parker, a 2013 movie starring Helen Hunt. In September, she also made a very controversial recommendation that all women be offered genetic testing for the breast cancer genes.)

In 2011, Smith implemented a program at The Polyclinic to identify patients at high risk for hereditary cancer, educating all Polyclinic physicians on the red flags (see sidebar, page 26). “Since 2012, we’ve identified 10 BRCA-positive women and we’ve had one Lynch-positive woman (which increases the risk of colon cancer), and so we were able implement surveillance and in some instances, risk-reducing surgery, when it was appropriate, and that’s also leading to further testing for their families,” says Smith.

There are several tools that are on the horizon or currently being incorporated into practice for breast cancer screening, including digital breast tomosynthesis, also known as 3-D mammography. Digital breast tomosynthesis produces images of the breast on multiple planes and from multiple angles, rather than the more limited front- and side-angle images of two-dimensional mammography. It was approved by the Food and Drug Administration in 2011 as a complement to 2-D mammography and subsequently approved by the FDA as a standalone method of screening in 2013.

Traditional 2-D mammography has a recall rate of approximately 12 percent, requiring patients to return for more testing—such as biopsies or additional imaging—increasing anxiety and costs. Smith says that a recent article in the American Journal of Roentgenology notes that the use of 3-D mammography has a 16 percent lower recall rate, a 28.6 percent better overall cancer detection rate and a 43.8 percent better invasive cancer detection rate.

In addition, Korde says, for women with a known BRCA or other gene mutation associated with a higher risk of breast cancer—or for women who have a calculated greater than 20 percent lifetime risk of breast cancer using family-history-based risk models—screening MRIs can be offered on a yearly basis. Although MRIs increase the sensitivity of the testing, they can also increase the risk of false positives, requiring additional testing, but she notes that “in a very high-risk population, we think that’s worthwhile.”

The area of treatment that has had the most advancement in treatments, says Korde, is early- and late-stage HER 2 positive breast cancer, which accounts for 20 percent of breast cancers.

“[HER 2] tends to be a more aggressive disease. Over the past decade and particularly over the past two years, we’ve had a number of new drugs come to market for that subset of breast cancer and are increasingly being incorporated into treatment earlier,” says Korde.

This parsing and looking at specific subsets of breast cancer is one of the relatively new and evolving areas in its treatment.

“We can look at a tumor and say, “If this tumor carries this mutation, then this drug is going to work well or this drug is not going to work at all.’ I think that’s the way that all cancer therapy is going. We’re not quite there yet, but I think that we are definitely making strides in that direction. And in drug development, it’s the same thing. We really need to be thinking about not just saying, ‘Oh, here’s a great drug. Let’s try it in everybody,’ but rather saying, ‘Here’s a drug that looks like it works in cancer. Let’s try to figure out why it works and how it works, and what particular cancers it would work best in, so that we can offer the best therapy to the appropriate patient,’” says Korde.

Smith says oncoplastic surgery—which combines breast cancer and cosmetic surgeries—is also becoming much more common, as are nipple-sparing mastectomies combined with reconstructive surgery. In addition, sentinel node mapping uses nuclear medicine and blue dye to help surgeons identify and remove only the lymph nodes that are first to receive the drainage from the lymphatics surrounding the tumors. This reduces the risk of lymphedema, which causes swelling in the arm and can lead to bacterial infection or soft tissue cancer.

Breast cancer treatment today, says Smith, is also being organized in a much more multidisciplinary manner, with all of a patient’s health care providers coming together and making decisions as a team. “There is less care these days in silos, which is a great thing for patients. There is a lot more integration and interaction,” he says.

Since her risk-reducing double mastectomy in 2011, Kuwada has become the volunteer outreach coordinator for Facing Our Risk of Cancer Empowered (FORCE), a national nonprofit organization dedicated to support, education and advocacy specific to hereditary breast and ovarian cancers. The organization sponsors two support groups in Seattle.

“To walk into a room and be there with 20 other women who have a BRCA mutation or a similar risk of cancer is just an extraordinary thing. Having the mutation or being at high risk, it can be really isolating. It can make you feel very lonely, so it’s just incredible to have peer support,” she says.

Her thoughts for the health of any children she and her husband might have in the future are filled with optimism.

“I have hope and faith in science that by the time our hypothetical children are at an age that they would be facing the same decisions and risks and issues that we have faced, it will be a completely different landscape,” says Kuwada, “and that they will have better options or that it won’t be an issue anymore.” +