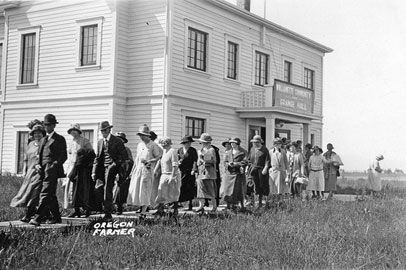 Tom Douglas—the 2012 James Beard Foundation restaurateur of the year and one of Seattle Mag’s most influential people of 2011—is going to open The Grange Hall next spring, a 10,000-square foot space on the ground floor of the apartment building going up on Sixth and Lenora downtown.

This massive space will be home to a yet-unnamed restaurant serving breakfast, lunch and dinner, a cake shop (SWEET!), a grocery store and an espresso bar, said Douglas, in a phone interview from New York City, where he’s guest hosting on Martha Stewart Radio and gearing up to launch his new Dahlia Bakery Cookbook.

I’m no math whiz, but that addition of four new spots under one roof brings the TD Empire up to… 17!

Oh, and by the way, Tommy D: The Prosser Chamber called and they want to know when the heck you’re going to open up a place over in Eastern Washington? You know, by your spread and one of those real Grange Halls.