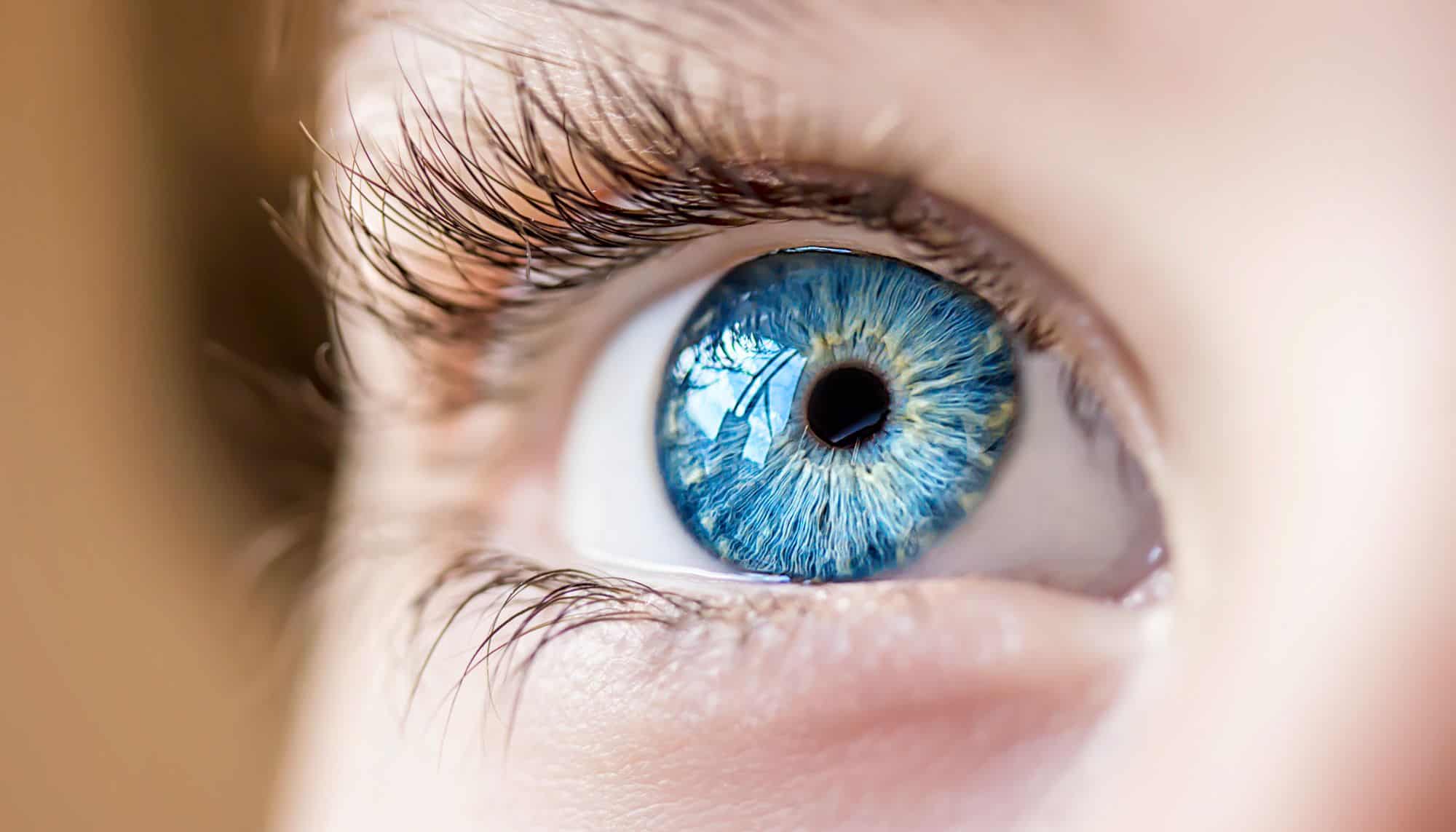 Some people swear by the paleo diet, but it’s the paleo lifestyle, with ample time spent outdoors, that may have prevented nearsightedness in paleolithic children. Our modern lifestyle, on the other hand, whereby kids spend more of their life staring up close at screens, books and homework pages, is leading to a steep increase in myopia—also known as nearsightedness—including an increase in cases of severe myopia that can lead to retinal detachment, glaucoma and blindness.

That’s according to Jay Neitz, Ph.D., a professor of ophthalmology at the University of Washington School of Medicine. Neitz and his colleague and wife, Maureen Neitz, Ph.D., run a lab at the UW Medicine Vision Sciences Center. The lifestyle argument is only one leading theory for why myopia cases are soaring worldwide, but the rise in nearsightedness is a fact. Neitz calls it a “global crisis.”

By 2050, 5 billion people on Earth will have myopia, according to a 2016 study in the Journal of Ophthalmology. At least 1 billion of those people will have high myopia, making it the number-one blinding disease in the world. Already, in East Asia, in countries that include South Korea, Taiwan, Singapore, China and Japan, from 80 to 90 percent of the population has myopia. The United States has reported a prevalence of 42 percent, almost doubling in three decades, according to that study.

The Neitzes may have found a way to turn those statistics around. They’ve collaborated to create a pair of therapeutic glasses that children with regular vision can wear to prevent myopia for life. The glasses, which can’t repair damage that has already occurred, can be taken off at the end of adolescence, when the eyes stop growing. Three studies the scientists conducted, that compared their therapeutic glasses with standard glasses, show that the glasses are effective at slowing or stopping the progression of myopia. The Neitzes’ company, Waveshift, has raised money to do a clinical trial aimed at getting FDA approval.

Children ages 7–11 are most susceptible to myopia progression because the length of the eye grows throughout childhood and early adolescence. Babies are born slightly farsighted, with eyes a bit shorter (from front to back) than they are in adulthood. “During normal development, the growth of eye length is regulated by an intrinsic biological process that monitors how well-focused images are across the retina,” explains Jay Neitz. Images are formed on the retina and then “interpreted” by circuitry within the retina. Signals are then transmitted to the sclera—that is, the white connective tissue of the eyeball—stimulating the eye to grow. The eye stops growing when it has reached the length where things are blurred in peripheral vision whenever the eye is focused on things that are closer in central vision.

The reason that it matters whether a child is playing outside with a ball, or playing a game on a hand-held screen, has to do with providing opportunities for the eyes to experience this blurred vision. A child playing outside is usually interacting with a friend, or playing with an object up close, while things at a distance fill their peripheral vision. Those distant objects will be in focus as long as the child remains farsighted, and things up close will be a little blurry.

But holding a screen in front of your eyes tends to fill your central and peripheral vision. Everything now appears close up and there is no signal for the eye to stop growing which leads to myopia.

Genetic susceptibility to myopia is also a factor, but Neitz believes that behavior can have an influence even without genetic tendency. “I believe enough time spent in front of a screen watching video games in a lifetime would be enough to make you a high myopic even if you had the lowest genetic susceptibility,” he says.

While substituting outdoor play for indoor schoolwork (if not screen time) until the end of adolescence might appeal to a lot of kids, it’s an impractical way to live for most modern youth. The Neitz glasses, designed with a special “foggy” grid on the periphery that tricks the brain into thinking that the wearer is seeing far away, aims to solve this problem. This illusion keeps the eye from growing longer, without a change in lifestyle.

During the first study the scientists conducted, children wore the special eyeglasses containing one experimental and one control lens for three months; the eyes behind the experimental treatment lens grew significantly slower than eyes wearing the control lens. The glasses were also comfortable enough that the kids in their studies were willing to keep wearing them even after they had completed their portion of the study. (The researchers are also working on creating therapeutic contact lenses for adolescents who may want that option instead of glasses.)

The Neitz glasses could be available within three years. Until then—and even after—parents have one more reason to urge kids to go outside.

Many people have no idea how to find a doctor. They often rely on recommendations from friends or colleagues, or whomever their health system suggests. Personal referrals matter, but, in partnership with Castle Connolly, we’ve created a comprehensive guide of notable doctors throughout the Puget Sound area. For more than two decades, Seattle magazine has…

Name: Eric Chen, M.D., PhD. Practice and Hospital Affiliation: Hematology and medical oncology, Kaiser Permanente Bellevue Medical Center and Overlake Hospital Why did you pick your specialty? Research is what initially drew me into the field. Although I enjoyed research in the laboratory, had wonderful research mentors and considered it as a career, working directly with…

Name: Sara Weiss, M.D.  Practice and Hospital Affiliation: Cardiology, Virginia Mason Medical Center Why did you pick your specialty? When I was in college, my father had a heart attack but didn’t recognize the symptoms. He did not seek medical attention until a significant amount of heart damage had occurred. Thankfully, with the help of…

Name: Ulrik Wallin, M.D., Ph.D. Practice and Hospital Affiliation: Colon and rectal surgery, The Polyclinic Colon & Rectal Surgery (located at The Polyclinic Broadway), affiliated with Swedish First Hill. Why did you pick your specialty? I feel fortunate to be a colorectal surgeon because of the variety of ways I can help people. Many patients who see…