From farm to feast, getting away to Orcas Island 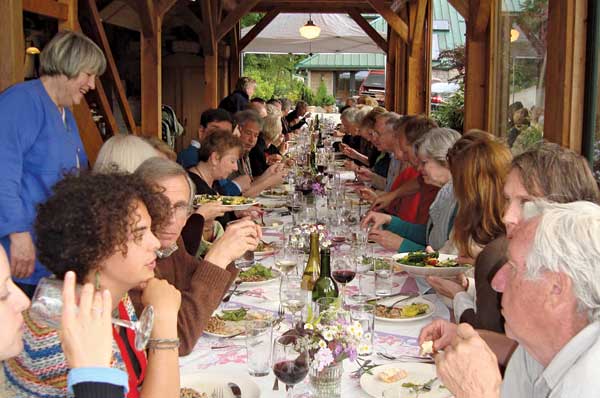 Life on the island is all about cross-pollination. On Orcas Island in the San Juans, especially, farmers and chefs, ranchers and brewers are friends, partners and cohorts in the category of “living the dream.” More and more a foodie destination, Orcas Island is doing a few things very well. There’s not a lot of cultural redundancy (except maybe the yoga studio on every corner). There are two bakeries, two shellfish farms, one brewery, one coffee roaster and one chai producer, five or six producing farms, one chocolate shop, a few cafés, one tavern and just enough restaurants. In the summer, it buzzes with tourists, but locals still manage to live slowly. Oldsters and youngsters are friends, and farm stands still run on the honor system. People come here to heal, to find balance—and to eat and drink well while they’re doing it. Buck Bay Shellfish Farm
Toni Hermansen and Mark Wright are used to neighbors popping in for oysters. Toni’s Shuck Shack (Olga, 77 E.J. Young Road; 360.376.5280; buckbayshellfishfarm.com) is an old boatbuilding shed transformed into an icehouse of a sort, with bins of oysters and clams just plucked from Buck Bay and seasonal seafood bought from local tribes. From Memorial Day to Labor Day, the Shuck Shack sells cooked crabs as well, and you can sit at an outdoor table and crack open your shellfish while looking out over the oysterbeds and some of the best sunset views on the island.

Black Dog Farm
Ian and Erica Harlow and Ian’s parents, Rob and Brenda, have farmed their 20-acre plot since 1985, growing vegetables and plums and apples. They have one of the most popular (and most adorable) self-serve farm stands on the island, which now houses a clothing thrift store, since the island’s beloved Exchange succumbed to fire in February. Eastsound, Mount Baker Road; 360.376.4073.

Maple Rock Farm/Hogstone
A farmer wears many hats, and John Steward of Maple Rock Farm (Eastsound; 360.622.6433; maplerockfarm.com) wears more than most. When he’s not actively farming (and sporting a straw hat), he’s a mentor, entrepreneur,  pizzaiolo and restaurateur. In addition to his 6 acre farm, he runs a CSA and farmers’ market booth, and he is also business partners with Inn at Ship Bay chef/owner Geddes Martin in the charming Hogstone’s Wood Oven (Eastsound, 460 Main St.; 360.376.4647; hogstone.com), a stone-oven pizzeria with nightly special salads and farm produce. In late June, the thin, chewy-crusted pizza featured Myers Creamery fresh chevre and Maple Rock fava beans.

Red Rabbit Farm
Christina Orchid put Orcas Island on the culinary map. Or rather, when she started her eponymous restaurant perched at the head of East Sound in 1980, hers was the only restaurant on the map, and she held court as the grand dame of Eastsound for 28 years. She sold it, and eventually, Lisa Nakamura opened the charming Allium in the same space. Since “retiring” in 2008, Orchid and her husband, Bruce, have built a commercial “cookhouse” on their 15-acre farm (Eastsound, Payton Lane; 360.376.3208; redrabbitfarm.com), with an open dining room that can accommodate a table of 60, complete with tilted mirror so dinner guests can watch cooking demos. Sundays offer an open family-style dinner featuring whatever is fresh from local farms, from sweet carrots to a leg of lamb grilled on the outdoor fire (reservations required). On Saturdays, find the Orchids at the Orcas Farmers’ Market (Eastsound, May–September; Village Green; orcasislandfarmersmarket.org) selling preserves, barbecue sauces and pepper jellies.
Eat & Stay
Once in a Blue Moon Farm
At this working family farm and orchard, you can stay in the middle of the action and still get away from it all. Embracing “agritourism,” the Lloyd-Lefton family offers farm stays, during which you can help out on the farm to help cover the cost of accommodations (or skip the work and pay to stay in one of the charming cottages) and make friends with chickens, goats and the adorable alpacas. Eastsound, 412 Eastman Road; 360.376.7035;
onceinabluemoonfarm.com

Roses Bakery Café
For more than 20 years, the island has been blessed with an excellent bakery and culinary hub, Roses (Eastsound, 382 Prune Alley; 360.376.5805), which produces perfect baguettes, hearth, rye and other classic loaves, and offers a small but excellent selection of cheeses and charcuterie, including locally made Myers Creamery goat cheeses. The café is consistently superb, under the direction of chef Dante Miller, who works with the freshest seasonal offerings, including the seasonal bread salad with Salish Sea smelt, green olives, Italian parsley and house oven-dried tomatoes.

Inn at Ship Bay
Geddes and Mary Anna Martin bought the 1860s Adams farmhouse near Eastsound and have transformed it into a gorgeous little jewel box inn with 11 quaint rooms and a fantastic restaurant. Before dinner, you can watch a resident bald eagle swoop in for fish bones or visit the inn’s Mangalitsa pigs, behind the garden, which supplies produce for the restaurant. (Area farms contribute as well.) A salad of  local heirloom potatoes and beets is finished with spring onions and pea shoots from the garden. 326 Olga Road; 877.276.7296; innatshipbay.com Sazio di Notte
Bill Patterson (pictured left) is a dynamo, running his small Italian-style bistro with a watchful eye on quality and consistency. Patterson is inspired by the Italian countryside, and makes his own large ravioli, often filled with freshly caught Dungeness crab, roasted tomatoes and fresh basil, which are to die for. His sausage is house-made, too (from Mangalitsa pigs that he and Geddes Martin co-raise), and a recent braised goat dish was succulent and delicate. Eastsound, 123 North Beach Road; 360.376.6394; dinneratsazio.com

Allium
Recent buzz has followed chef Lisa Nakamura from her role as chef de cuisine at The Herbfarm in Woodinville to Orcas Island and her charming Eastsound restaurant, where she features the bounty of many island farms. Eastsound, 310 Main St.; 360.376.4904; alliumonorcas.com

The Kitchen
The smallest restaurant on Orcas is also one with some of the most flavorful dishes. Charles Dalton and Jasmine Townsend are partners in a tiny walk-up-window eatery called The Kitchen, whose menu revolves around what’s freshest. Hand-formed potstickers, just-picked greens, savory salmon curry and sesame-seeded rice cakes bring locals back day after day for lunch. Eastsound, 249 Prune Alley; 360.376.6958; thekitchenorcas.com

Doe Bay Café
On the island’s east side, there are fewer farms—and tables—but the center of it all is Doe Bay Resort & Retreat, a 38-acre, forest-to-waterfront resort that dates back to the 1870s, when it was a post office stop for the Mosquito Fleet boats. In its latest incarnation, Doe Bay attracts locals and repeat visitors for its (famously clothing-optional) soaking tubs and sauna, and its quaint yurts, cabins and campsites. With a new focus on house-infused cocktails and the 2-year-old Doe Bay Wine Fest in June, the café is becoming a food and drink destination. Chef Jon Chapelle pulls from the 1-acre onsite organic garden, as well as those of island farmers, to create an imaginative, fresh menu of wild salmon, halibut and black cod, and locally farmed oysters and clams. Olga, 107 Doe Bay Road; 360.376.2291 (resort), 360.376.8059 (café); doebay.com

Island Hoppin’ Brewery
Becca Gray, Nate Schons and Jim Parker came together over their love of beer and their belief in community. Within a year, they had to triple the brewery’s capacity to fulfill the thirst for their creative Northwest-, English- and German-style beers. A new beer for summer is Driftwood, a lightly smoked ale that smells like a distant bonfire on the beach. Eastsound, 33 Hope Lane; 360.376.6079; islandhoppinbrewery.com

Other Orcas Gems
Myers Creamery
The island’s only creamery, Bill and Jenny Myers can’t keep up with the demand for their fresh, luscious goat cheeses, but they want to keep it small, keeping just eight milking goats, 16 kids and two wethers in Victorian Valley on the island’s west side. Their fresh chèvre is rolled in herbs and featured on menus at The New Leaf Cafe at the Outlook Inn, Lisa Nakamura’s Allium and Doe Bay Café (below). Not to mention the cheese counter at Roses, the island’s largest gourmet deli counter and bread bakery, where savvy locals ask for their Little Cloud, ash tomes and Meyers’ bulk goat feta before it sells out. Not open for visitors. 360.376.3744; Facebook, “Myers Creamery”

Coffelt Farm
A 185-acre farm owned by the Coffelt family for 60 years, and recently has become a part of the San Juan County Land Bank to preserve its agricultural setting for sheep (meat and wool), vegetables and orchards. 360.376.3410; coffeltfarm.com

Orcas Farm
Farmer George Orser grows veggies in his gorgeous garden for many local restaurants, as well as raising sheep and rabbits. 360.376.3276

Note: As part of the cross-pollination she writes about, Orcas resident Shannon Borg has worked for and with several of the farms and restaurants in this story.

How to Get to Orcas Island:
Ferry: Anacortes to Orcas
Departures: Sporadically, starting at 6 a.m. and ending at 11 p.m.
Duration: 50 minutes
Fare: One adult, walk on, $12.45; drive on, $48.30
Tip: If you really need to make a specific ferry in the summertime, arrive two hours early. They fill up! Bring a nice picnic, lunch down on the beach and wander the new wetlands trails nearby. 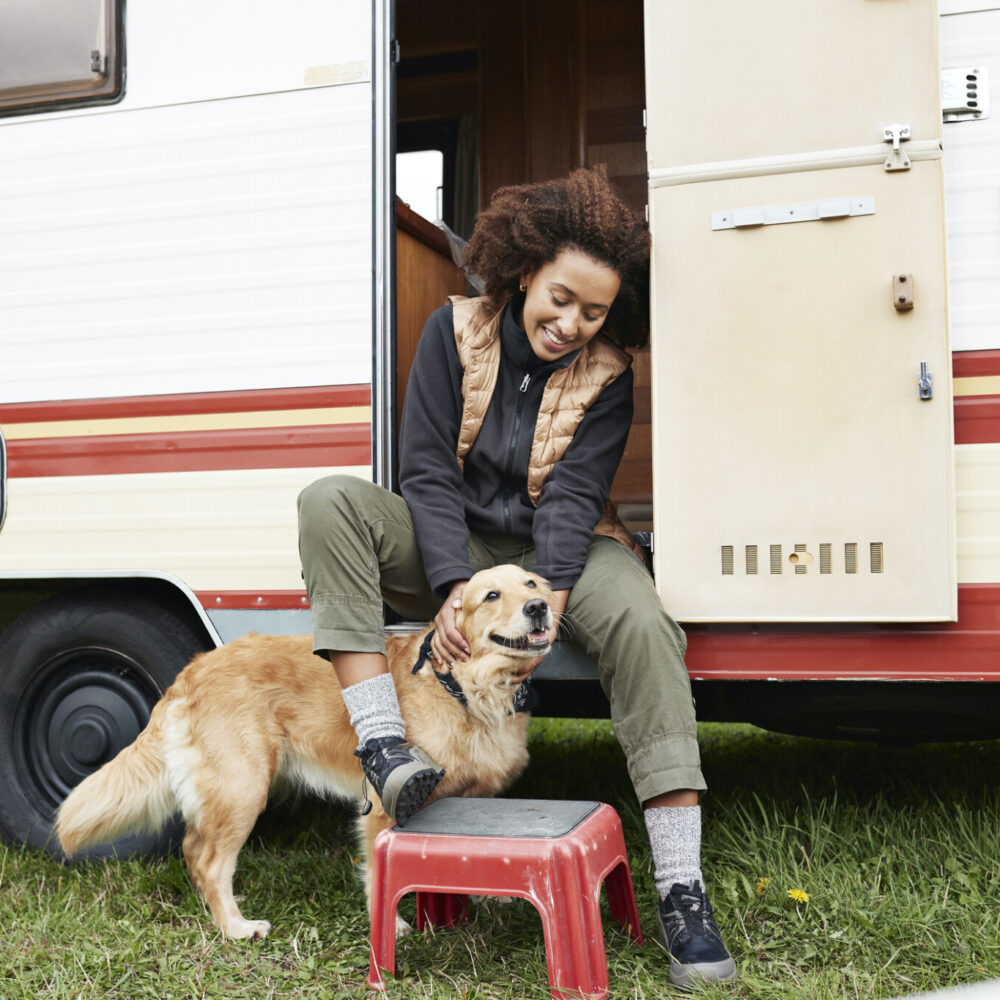 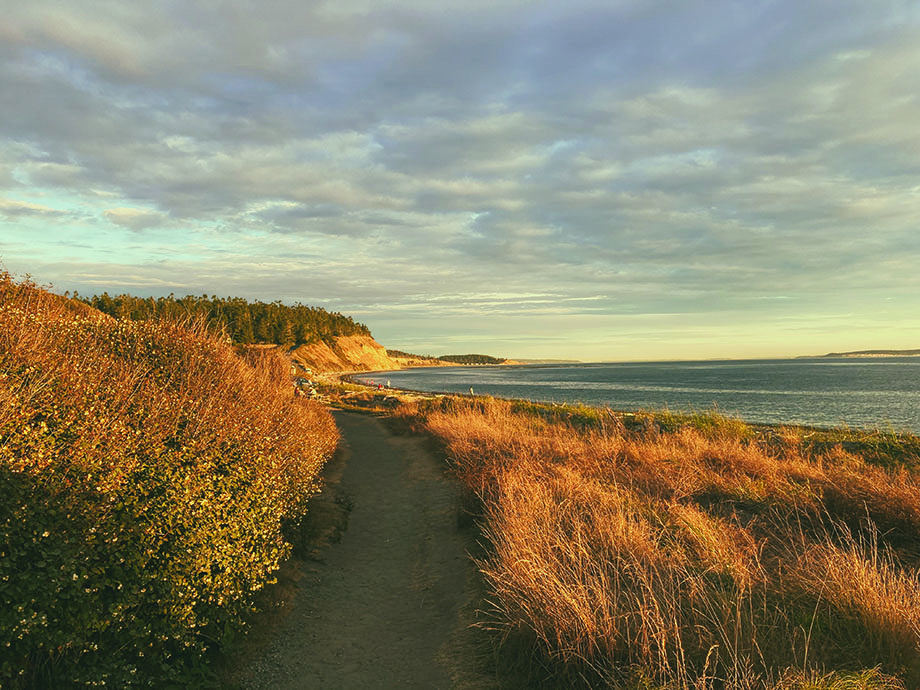 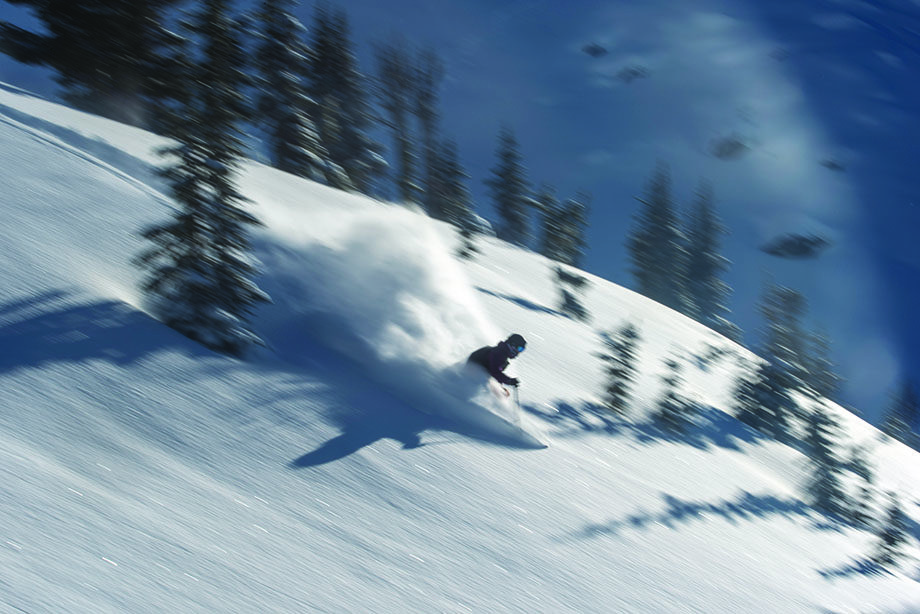