The Perfectly Nostalgic Road Trip From Seattle to Sequim

A Westfalia van is the road-trip-ready vehicle to launch an exploration of all things vintage. 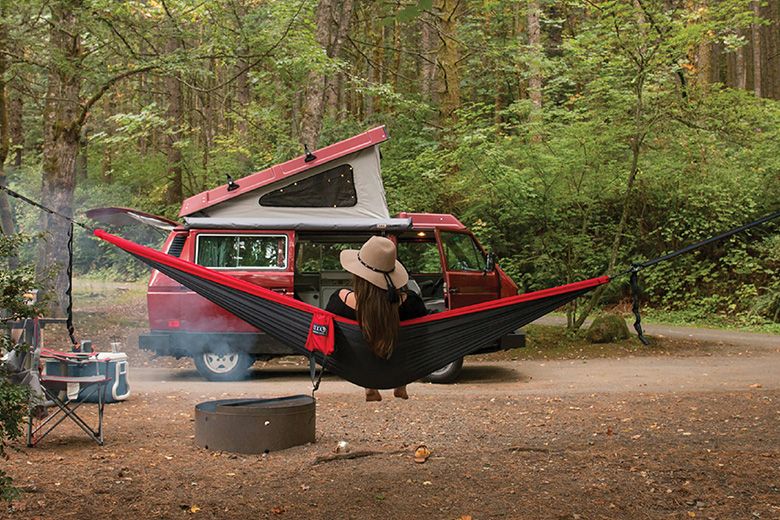 The counter bar at The Poodle Dog restaurant in Fife looks much like it did when it opened in 1933, and the menu is a nod to a time when restaurants were chosen for the size of their portions.

It was the first stop on my road trip—an unabashed throw-back journey to discover vintage diners and roadside attractions between Seattle and Sequim. The trip was partly the result of my obsession with Volkswagen Westfalia camper vans. I’ve been a fan of this vehicle ever since I was a kid, but after camping in one for several days at the ocean last summer, I was once again hooked.

As the perfect accompaniment for this trip, I rented a fully restored 1980s “Westy” from Peace Vans Rentals. It comes equipped with the quintessential pop-top bed, sink, stove, cooking utensils, camping gear and even a French press.

After polishing off my “famous omelette” (so described on the Poodle Dog menu), I revved up the van and returned to the highway. I quickly discovered that if I wanted to have any fun, I needed to slow down. Westfalias aren’t known for their big engines (I wouldn’t be passing anyone on steep hills), but the forced slower pace was almost therapeutic. I chose a meandering route south and then north along the Kitsap Peninsula.

While coasting down old State Route 99 in Tacoma, a giant 25-foot, cement coffee pot appeared up ahead just as I was wishing for a jolt of caffeine. It was Bob’s Java Jive, built in 1927. As I peeked into a dark window, a man appeared from behind the closed sign and swung open the door. He told me that Bob’s was once a speakeasy and go-go bar that now offered karaoke and live music. After listening to his historical monologue listing every band and celebrity to grace the small stage, from The Ventures to Nirvana, I forgot my quest for caffeine. (Although you can still get coffee here, when the bar is open.)

Josephine’s Redeemed Boutique in Port Orchard was my next stop. The shop sits in a former dockside warehouse built in the early 1900s. When the tide is in, you can watch seals swim by as you shop. Visit the vintage kitchen for a collection of vinyl records, just behind the old luggage and antique cameras.

Just as the sun was setting, I was nearing my final destination for the day, Sequim Bay, and decided to make one more stop: Fat Smitty’s, a classic roadside diner off U.S. Highway 101 near Port Townsend, for a fresh blackberry shake.

With a fully stocked vehicle, I could have chosen to spend the night in the van—which even has curtains on the windows—at a campground, like the nearby Sequim Bay State Park. 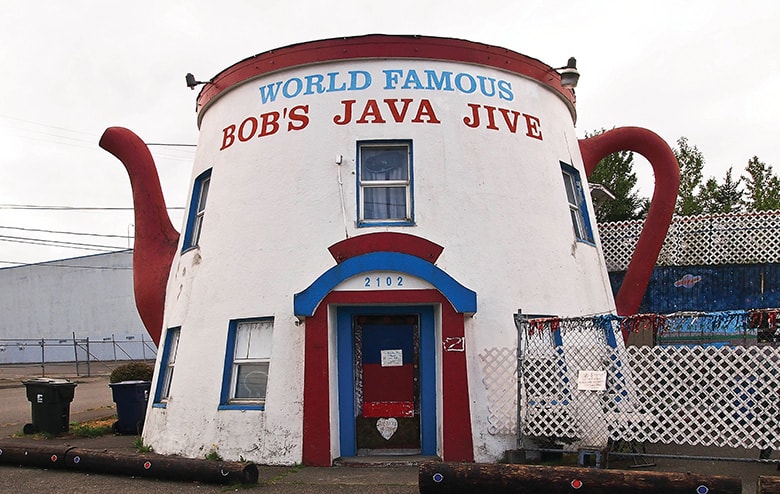 Photograph by John Gateley. You can get coffee at Bob’s Java Jive, built in 1927, but it’s better known for karaoke and live music.

But sometimes a hot shower is what you need, so instead, I checked into a 1940s waterfront cabin, decorated with old photographs and antique marine supplies, at Sunset Marine Resort. And as I imagine the resort’s guests did back in the 1940s, I sunk into the porch hammock, with nothing to do but listen to the waves. I had finally slowed down.

Nostalgia for Rent
Since launching his business in 2012, Peace Vans Rental owner Harley Sitner has seen all kinds of renters, from fiercely loyal Westfalia enthusiasts to newbies just discovering the thrill of a classic restored 30-year-old camper van. Every Peace Van staff member owns at least one Westfalia, and their love for these vans is obvious with every interaction. Sitner estimates that van rentals have more than doubled for the company in the past year. Rentals come with 24-hour roadside assistance. Peace Vans Rentals, SoDo, 2443 Sixth Ave. S; 206.467.7368; peacevansrentals.com 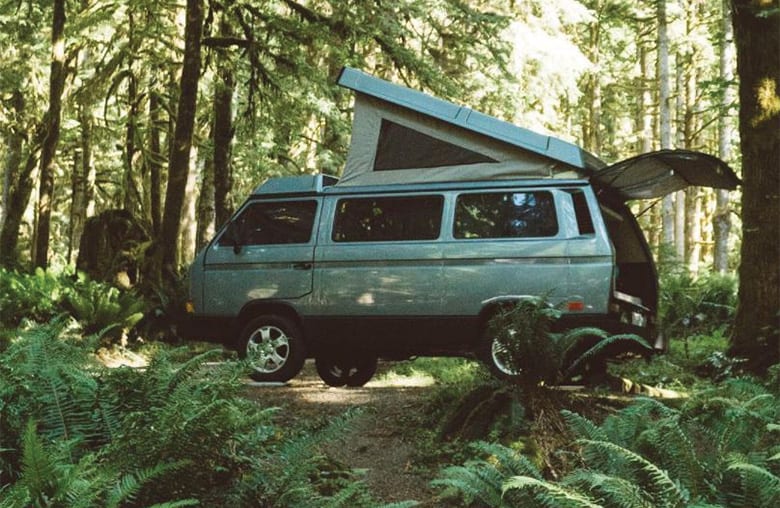 Peace Vans Rentals’ Westfalias will give your road trip a nostalgic vibe.

Road Songs: The “Vintage Vibes” Mixtape
Hit the road with these songs with a freewheeling spirit from another era.