Road Trip: To Bend, Oregon, and Back

Welcoming summer with a weekend of food, brews and exploring the outdoors 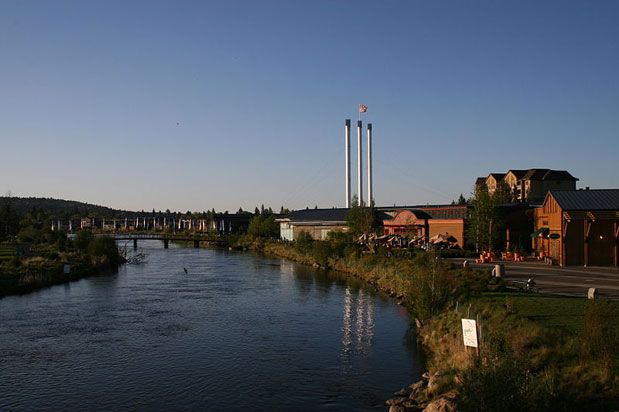 This past Memorial Day weekend, my partner and I packed our bags for a getaway. We opted to hop the state line and head to Bend, Oregon, since it’s a short drive from Seattle and on that particular weekend, was forecasted to be rain free. While there, we indulged, imbibed and made our way to Smith Rock State Park for a camping adventure. Behold, my day-by-day itinerary–full of things to see, do and eat–from our weekend road trip to Bend.

Day 1: The road to Oregon

After a scenic, six-hour drive, we arrived at our Airbnb in a forested suburb of Bend. We decided to cap off the night and fill our growling stomachs at 10 Barrel Brewing Co. The menu was full of pub classics and for drinks, we opted for the taster tray, complete with 10 three-ounce glasses of the brewery’s top picks, including the apocalypse, which is a West coast-style IPA and the brand’s flagship beer, and the light and crisp crush cucumber sour.

Day 2: Breakfast and beer in Bend

A walk along the river and through the forest nearby our place led us into our first full day in Bend. We took a short stroll to McKay Cottage Restaurant, an award-winning eatery known for its creative comfort food (think stuffed French toast, oatmeal blueberry pancakes, breakfast potatoes), for what has to be the city’s best breakfast. Here, you’ll find a walk-up bakery counter where you can order fresh-baked goods such as muffins, scones and sticky buns, though we opted to dine in, next to the fire.

After the food settled, we headed toward Boneyard Beer–a tasting room just outside of the Old Mill District–that began serving beer out of a truck shop in 2010. The garage atmosphere lends to its unconventional charm. Since it only offers tasters and to-go options, we snagged a few of both. The diablo rojo was the all-around favorite, and for IPA-lovers, the brewery serves up a single, double and triple IPAs. Boneyard Beer serves tasters and cans to go out of an old truck shop. Photo courtesy of Jeff Alworth.

Next up: The Old Mill District, a historic area along the Deschutes River that was formerly occupied by lumber mills. Though the area has since undergone significant development, original characteristics of the buildings remain, as well as the three signature smokestacks. We hopped over to the small outdoor retail and dining area, and walked along the river as kayakers and tubers alike passed by. Then, we walked across the bridge to head to the famous Deschutes Brewery, best known for its lengthy list of award-winning beverages and sustainable practices.

The brewery is perched atop a small hill, with a marvelous and uninterrupted view of the Cascade Mountains. We entered the tasting room in a naïve attempt to take a tour of the facility. Unfortunately, all of the groups were full — guests can reserve a spot up to three months in advance, and since the tours are free they fill up quickly. The cashier granted us a coaster anyway, which is good for four tasting glasses. Similar to Boneyard, the brewery does not fill pints at the bar. It does, however, offer a wide-range of year-round and seasonal brews, with the addition of pub reserves—small experimental batches that are only available in the tasting room. Guests can also purchase their favorite beer in just about any form, and choose from a large selection of Deschutes merchandise.

Parrilla Grill, Bend’s self-proclaimed “refueling station,” was our go-to for lunch on day two. The grill boasts endless vegan and gluten-free options, but is known best for its Hefe’s fish tacos, three hand-breaded wild Alaskan fish fillets in flour tortillas garnished with spinach and cabbage. You’ll also find Kombucha (fermented sweet tea) on tap. Interestingly, Bend is home to a number of Kombucha breweries that churn out the good-for-you brew. On the third day, we visited Smith Rock State Park, a rock climbing and hiking haven about 40 minutes north of Bend. Miles before the park entrance, cars lined the perimeter of the road. We decided to test our luck, and drove all the way into the campground parking, where we found an open spot. The camping area, known as the “bivouac,” a temporary or improvised encampment, is walk-in only, first-come-first-served. We pitched our tent as close to the edge of the camping area as possible to ensure a clear view of the rock formations and river below. (Though the area was fairly full, we lucked out and managed to snag a prime location.) After camp was set up, we took an easy hike into the canyon which led us to a trail called Misery Ridge. Its name was a bit extreme, but not completely unreasonable — the trek was just 3.7 miles total, but with a 3,360-foot summit, its steep inclines were taxing. The entire park could be viewed from the peak.

Following the difficult hike the day before, we opted for a simpler, but still scenic route for our last day. We took the “Rimrock trail” from our campsite to a designated photo viewpoint. Though the end of the route boasted the best view, the entire trail along the canyon ridge looked like a postcard. The easy walk perfectly topped off our picturesque experience at Smith Rock.