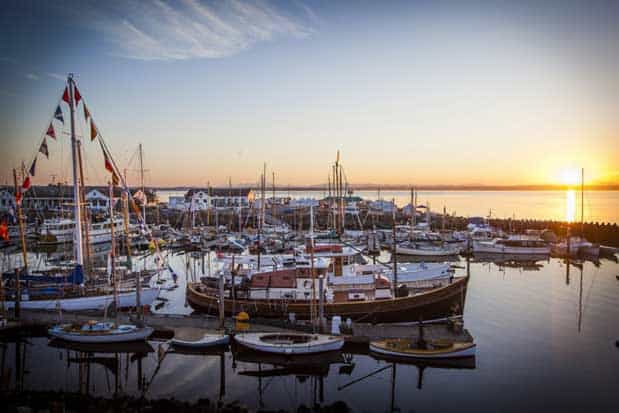 WHERE:Port Townsend, a picturesque maritime city on the Olympic Peninsula.

WHY: Because Port Townsend is great anytime, but even better when there’s a boat show or film fest.

WHAT, PART 1: Since 1979, the Wooden Boat Festival (9/11–9/13; Point Hudson; nwmaritime.org) has celebrated Port Townsend’s historic past as a thriving seaport. This year, the party features hundreds of elegant old-school vessels, workshops on everything from sail making to varnishing, tales of epic sea journeys, beer, bands and chances to hit the water in style. Join the crew aboard a replica of Captain George Vancouver’s longboat, perhaps? Keep the kids busy with costumed treasure hunts, crafts and rides (the carousel is free all weekend). WHAT, PART 2: Return two weeks later for the Port Townsend Film Festival (9/25–9/27; various locations; 360.379.1333; ptfilmfest.com).

This year, more than 80 films will be shown in theaters around Port Townsend’s National Historical District. Kick back and relax on straw bales when Taylor Street becomes a “theater,” and catch special guests Beau Bridges and Chris Cooper as they bring some Hollywood stories and prestige to this small-town fest.