The Seattle Outdoor Activities Everyone Must Do

From wildlife (and pet) viewing to sporting events, Seattle is flush with enriching outdoor experiences 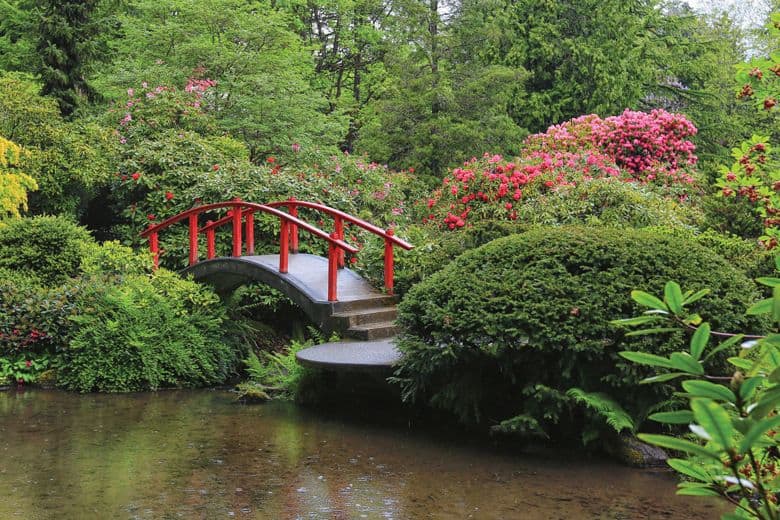 > Bring back the spring in your step on a stroll through sublime Kubota Garden, a 20-acre, Japanese-inspired urban oasis where footpaths crisscross streams, ponds and waterfalls. Rainier Beach, kubotagarden.org

> Climb Schurman Rock at Camp Long. The erratically shaped 20-foot-tall “human-made mountain” incorporates every potential rock-climbing challenge in its design. Sleep it off at a one of the park’s rentable rustic cabins. West Seattle, seattle.gov/parks

> As you hike along one of Discovery Park’s trails, keep your eyes on the treetops. Chances are good you’ll spot a bald eagle going about its business on rounds back and forth from its perch. Magnolia, seattle.gov/parks

> Rent a rig from Cascade PaddleSports on Enatai Beach and paddle through the Mercer Slough, where you’re sure to spot ducks, geese and herons—and maybe even a beaver, muskrat or coyote. Bellevue, parks.bellevuewa.gov/parks-and-trails

> Spy on a siege of great blue herons—Seattle’s official city bird—in their rookery in Commodore Park on the south side of the Hiram M. Chittenden Locks. Magnolia, heronhelpers.org

> You’ll never have nine better shots at making a hole in one than at the fun all-ages, par-three Green Lake Pitch & Putt, where most of the fairways are less than 100 yards long. Green Lake, greenlakegolfcourse.com

> Get your apple on at historic Piper’s Orchard, where a grove of heritage fruit trees, some planted before the turn of the last century, are tucked into a forgotten clearing in the forest primeval of Carkeek Park. Broadview, pipersorchard.org

> It’s worth sticking your neck out to see the new baby giraffe at the Woodland Park Zoo. Phinney Ridge, zoo.org

> Take a hike in Seward Park with Seattle Audubon Society and chances are you’ll spot owls, eagles, butterflies and other iconic Seattle wildlife. The park is one of the few remaining patches of old growth left in the (once) Emerald City. Seward Park, sewardpark.audubon.org

> Ride a bike or walk across the SR 520 Trail, the new 2.7-mile pedestrian/bicycle path alongside the revamped State Route 520 floating bridge. If you have steam to spare, keep on going along 60 miles of Eastside regional trails. Montlake, traillink.com

> Given the ubiquity of bike-share services, you’ve really got no excuse not to ride at least part of the 20-mile Burke-Gilman Trail, one of the nation’s premier “rails to trails” success stories, right in our own backyard. Ballard–Bothell, seattle.gov/parks

> The San Juan Islands aren’t the only locale for spotting orcas; when the timing is right, the whales pass right by Seattle’s shorelines, such as at Lincoln and Alki Beach parks. West Seattle, seattle.gov/parks

> If trees truly are the lungs of the city, a walk around the green grounds of the Washington Park Arboretum and nearby Foster Island will surely replenish your oxygen supply. Montlake, botanicgardens.uw.edu/washington-park-arboretum

> If beautiful views, fresh air and a heart-pumping workout are your idea of a good time, head east toward the Cascades and hike the 4-mile trail to the summit of Mount Si. North Bend, wta.org/go-hiking/hikes/mount-si

> Check out Amazon’s unofficial dog parade during lunch hour in South Lake Union; then take your own pup for a run at a dog park near you, such as the off-leash areas at Westcrest and Magnuson parks. South Lake Union, West Seattle, Sand Point; seattle.gov/parks/find/dog-off-leash-areas

> Appreciating salmon is practically a religion in Seattle, and there’s no better place to worship than at the Hiram M. Chittenden Locks, where you can watch our sacred fish make their way up the fish ladder built just for them. Ballard, ballardlocks.org 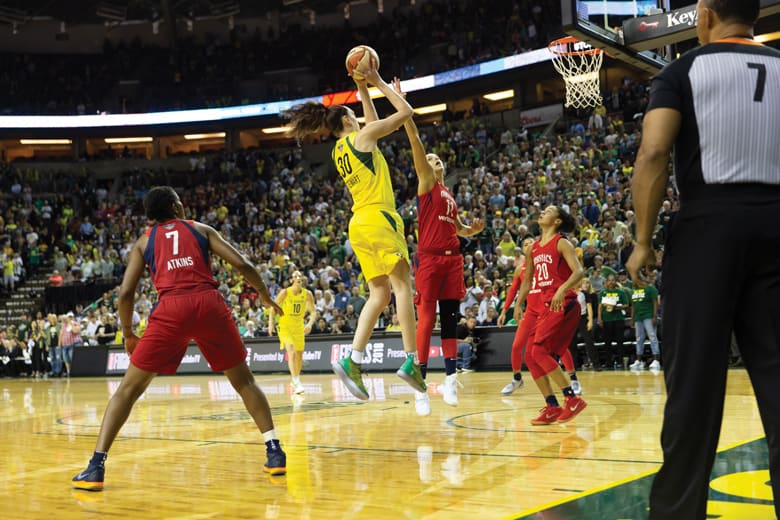 Game Time
Whether you’re a spectator or a participant, check out the region’s best bets, from T-Mobile Park to tee time