Seattle is uniquely situated on many different bodies of water. Have you experienced all of these aquatic activities? 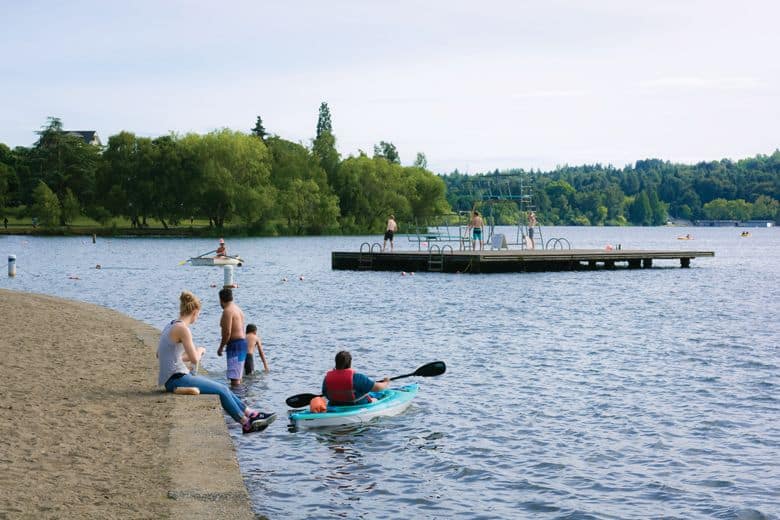 > To do Green Lake right, walk, run or bike the loop trail: 2.8 miles of Seattle’s best people watching, and with some beautiful water views. After your circuit, rent a paddleboat for a leisurely view of the park and tiny Duck Island from the water. seattle.gov/parks/find/parks/green-lake-park

> Put on the rubber boots and head to the beach for a low-tide walk (this month, the week of June 10 is optimal). Our favorite beaches for this kind of activity are at Golden Gardens Park and Constellation Park (south Alki). The Seattle Aquarium’s Beach Naturalist Program puts volunteers on many beaches to help you learn about what’s happening under the sea and on shore. seattleaquarium.org/beach-naturalist-program

>There are lots of places in Seattle to go crabbing (for Dungeness and other Puget Sound crabs). Grab some gear for less than $50 from Seattle Marine & Fishing Supply Co., then toss in your crab pot from the pier at Lincoln Park, Shilshole or West Seattle. (Don’t forget a license; get one at Fred Meyer.) If you don’t want to catch your own seafood, head to Wild Salmon Seafood Market at Fisherman’s Terminal and pick up today’s catch. seamar.com; wildsalmonseafood.com 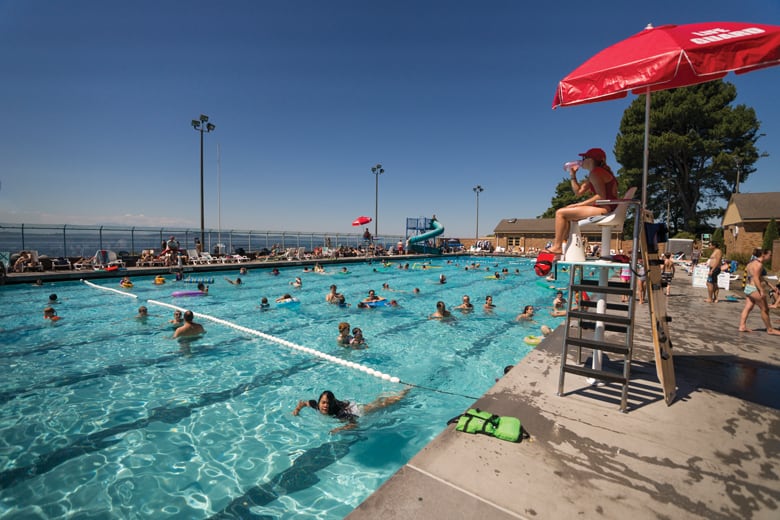 > When the sun’s out, head to saltwater-fed, outdoor Colman Pool in Lincoln Park. It’s a 50-meter, eight-lane, Olympic-size, heated pool kept at a balmy 85 degrees—and there is a fun tube slide to boot. West Seattle, seattle.gov/parks/find/pools/colman-pool

> It’s a Seattle rite of passage: Build a bonfire at Alki Beach or Golden Gardens park and set up an evening of beach dining and sandy games. Bring a volleyball for a pickup game at one of the courts, or bring your own Spikeball game. West Seattle or Shilshole, parkways.seattle.gov/2017/05/25/beach-fire-rules

> It’s not really summer until you’ve taken a swim in Lake Washington. Favorite beaches on the west side of the lake include those at Madison Park, Magnuson Park and Matthews Beach Park—all great places to jump in. Various neighborhoods, seattle.gov/ 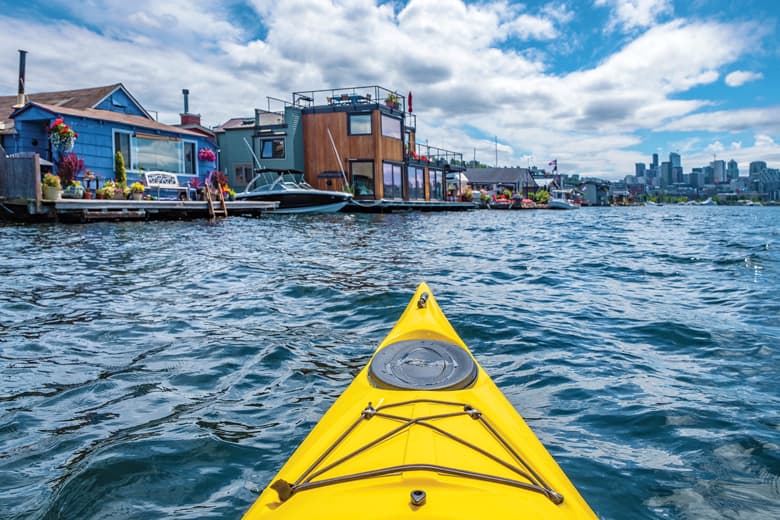 Lake Union
In the heart of Seattle, this recreational wonderland demands its own itinerary

It’s easy to explore this lake, by foot or bike, on the well-marked and paved 6-mile Cheshiahud Lake Union Loop. (Don’t have a bike? Electric and standard bikes now dot the path, thanks to Lime and Jump bike-sharing companies.) If you start at Gas Works Park, you can get great views of downtown while also checking out the old gasification plant.

To get out on the water, rent a silent, low-speed cruiser from The Electric Boat Company (Westlake, theelectricboatco.com). The vessels are perfect for a picnic dinner on the water, but be sure to book one early if you’re planning a summer night excursion.

At the southern tip of the lake, stop at the Museum of History & Industry for a tour of Seattle’s unique past. Nearby, tour company Seattle Ferry Service (South Lake Union, seattleferryservice.com) offers an ice cream cruise (prices vary) on Sundays that leaves from South Lake Union Park. Among the sights on the 45-minute tour are the floating homes of Lake Union, including the famous Sleepless in Seattle houseboat. The adjacent Center for Wooden Boats (South Lake Union, cwb.org) offers workshops, boat rentals and a free Sunday public sail on board one of the center’s yachts.

For sustenance, head to The 100 Pound Clam (South Lake Union, 100poundclam.com) for a prawn po’ boy and a craft beer, and watch the boats and floatplanes go by; or swing by Agua Verde Paddle Club (Northlake, aguaverde.com) on the lake’s north shore, where you can rent a kayak and have a margarita with your salmon tacos, in no particular order. It’s a quick ride or walk back to Gas Works from there. Congrats, you’ve done Lake Union!