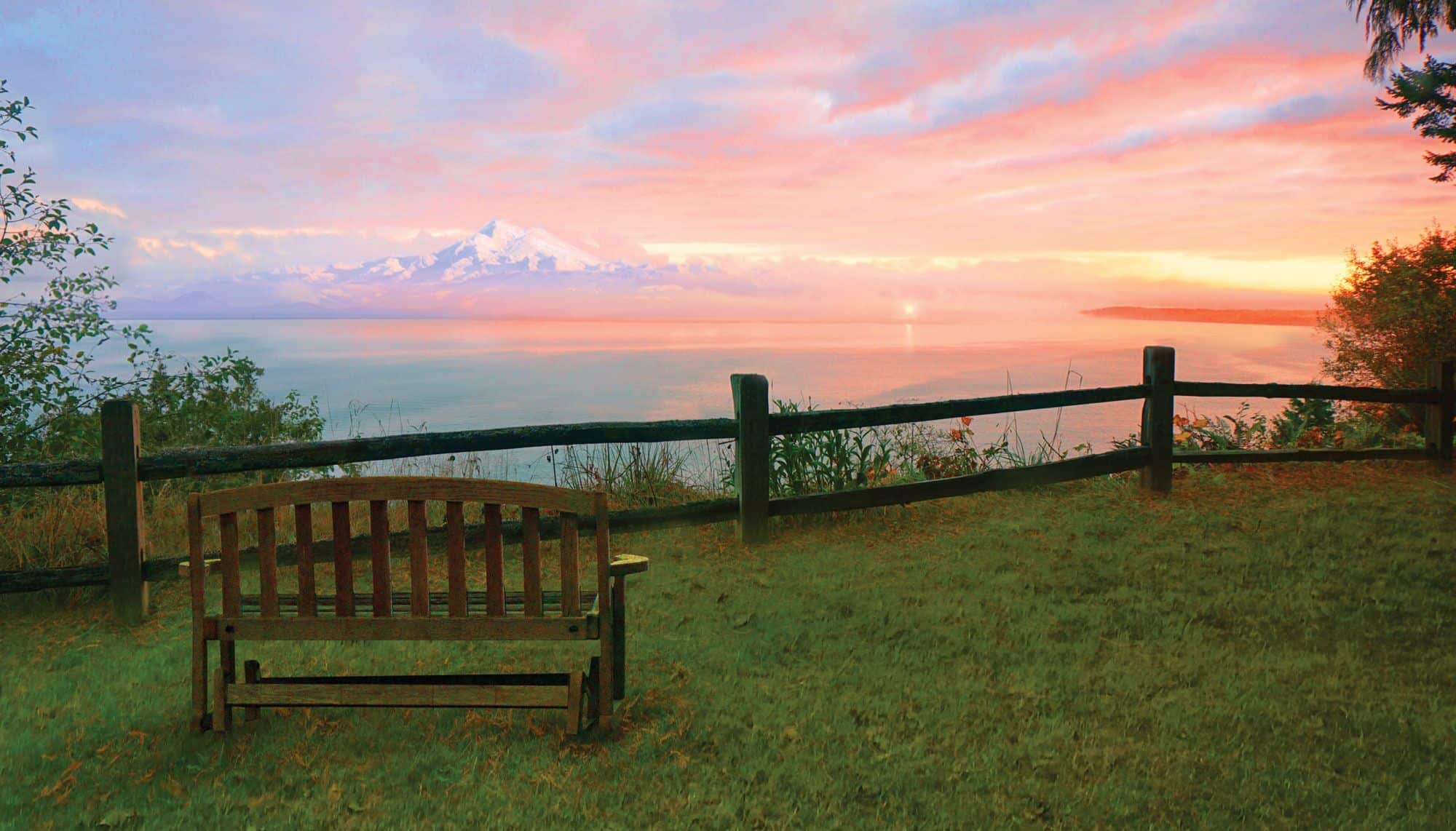 This article appears in print in the May 2018 issue, as part of the “Sunny Getaways” cover story. Click here to subscribe.

As I drove my trusty vw van onto the ferry at Edmonds, the drizzle had definitely started getting to me. Even though spring was hardly over, it had been raining in Seattle for three weeks straight, and I needed some relief. On a whim, I booked a room at Domaine Madeleine, a luxurious-looking B&B on the Strait of Juan de Fuca near Sequim, hoping that what I had been hearing about the Olympic Rain Shadow—that is, a big blue hole opening up in the clouds over the northeast corner of the Olympic Peninsula, even when rain is soaking the rest of western Washington—was true.

When the ferry landed at Kingston a half hour later, the drizzle persisted, but I still had a ways to go and kept my fingers crossed. Following State Route 104 west across the Kitsap Peninsula and up to Port Gamble, I crossed the Hood Canal Bridge as the windshield wipers pounded out a slow and steady beat. 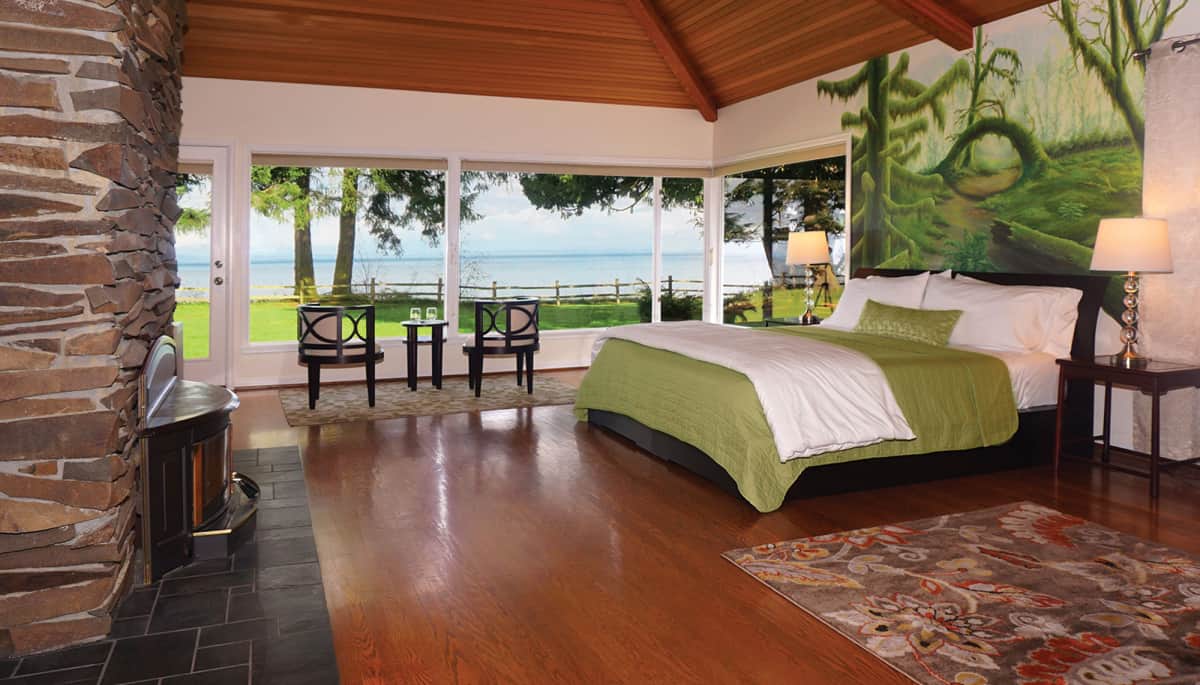 Photograph by Domaine Madeleine. The B&B’s Hoh Rainforest Suite is a nice place to wake up 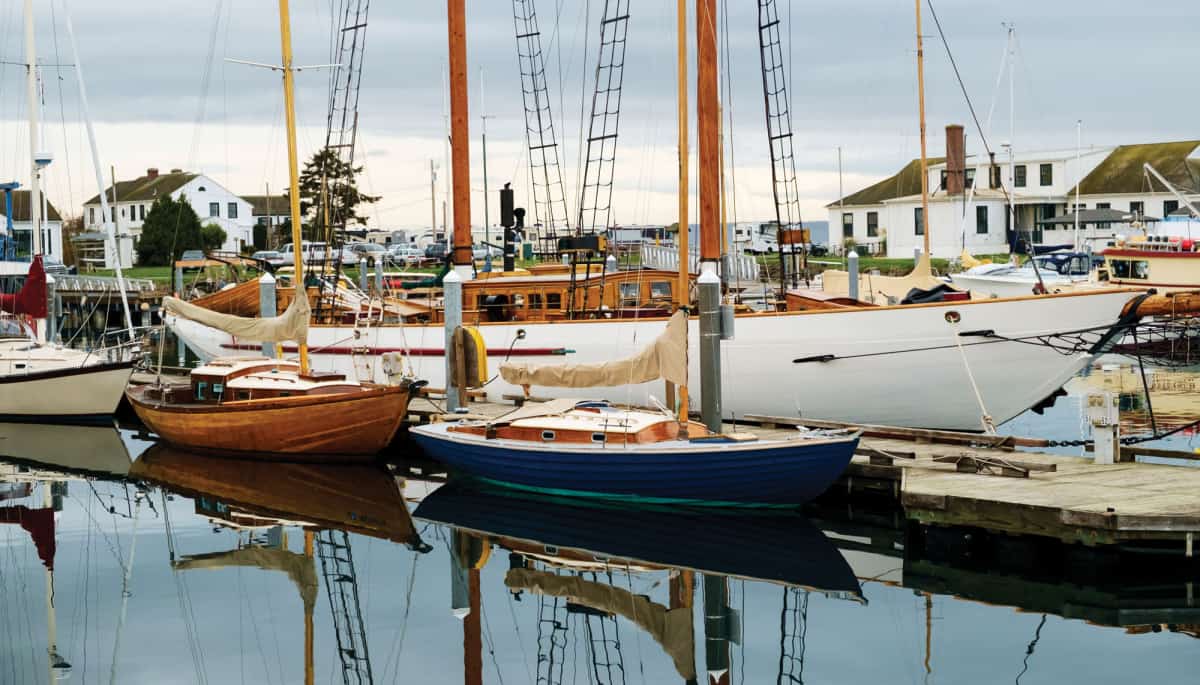 Just as I was losing faith, I arrived at the junction with U.S. Highway 101 (the Olympic Peninsula’s main byway), and the clouds began to give way, just like the Seattle meteorologists had promised. Maybe there really was something to all of this rain shadow talk.

Within another half hour, I had checked into my luxe digs and was strolling the grounds around Domaine Madeleine while basking in late-afternoon sunlight. An eagle screeched from a nearby evergreen perch and then flew off toward the strait, perhaps in search of his evening meal. Rainy, rat-race Seattle seemed a lot farther than three hours away.

The eagle’s departure reminded me that my own dinner reservation awaited, so I pulled myself away from the picture-perfect vista of the strait and drove the 10 minutes to Nourish, a nearby “garden-to-table” restaurant acclaimed for pairings of its own organic herbs and vegetables with locally sourced wild seafood and organically raised livestock. 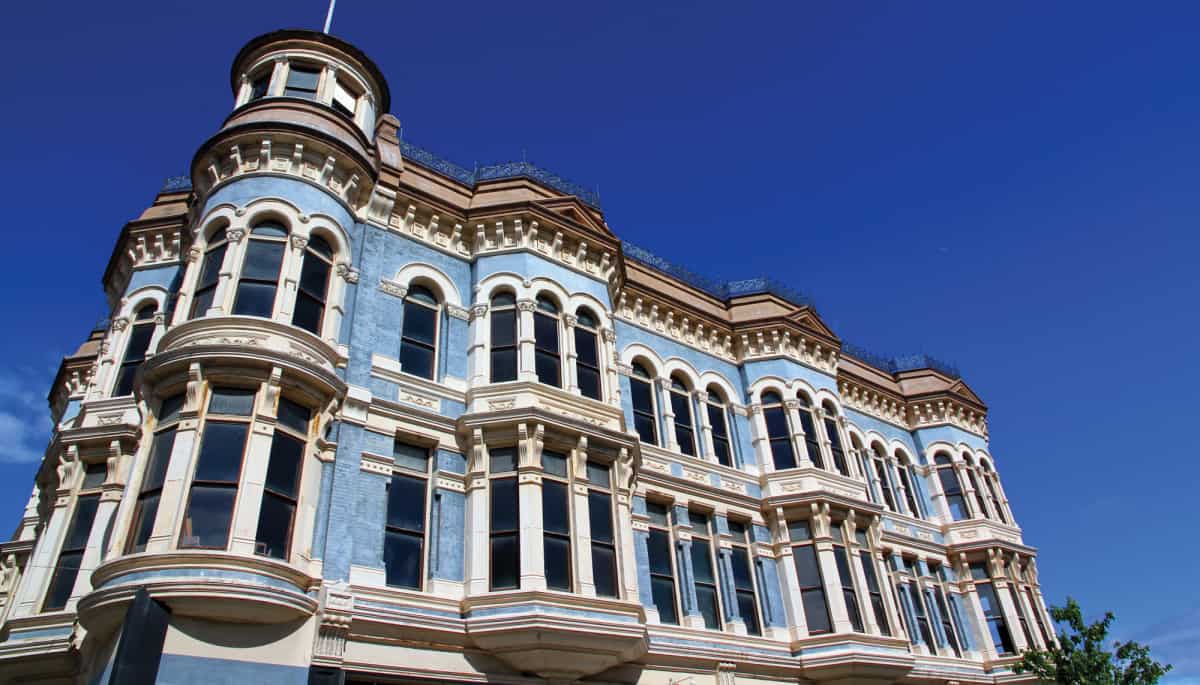 The Hastings Building, another example of the Victorian architecture for which Port Townsend is well known

I took a corner table in the cozy little eatery and ordered crab cakes, a cheese plate, a truffle walnut pâté field platter and, of course, some steamed clams—and let my mouth water. When the food started to appear, I wasn’t disappointed. The crab cakes, made with Dungeness crab pulled from the Strait of Juan de Fuca earlier that day and topped with lemon aioli and a celeriac apple slaw, were flaky and flavorful, and the rest of the meal took my palate on a roller coaster ride of wild Northwest tastes.

I made my way back to Domaine Madeleine and settled into the world’s most comfortable king-size bed to watch the twinkling lights of Victoria through the picture windows, looking out across the strait. It was only 9:30 p.m., and back in Seattle, my friends might be just starting their Friday night out on the town. But after such a fabulous afternoon and evening, I was glad to be turning in, especially since I planned to get up and out early the next day in my quest for sun.

The next morning, I took advantage of Domaine Madeleine’s to-go breakfast option and drove for 25 minutes to the Dungeness National Wildlife Refuge. While it had been a foggy early morning, the sun was starting to push through as I began hiking down to the beach to begin the 5-mile march out along the strait toward the New Dungeness Lighthouse. I knew that this Northwest “bucket list” hike might take me all day, but I had the time, and as long as the sun was shining, I was happy to be outside, putting one foot in front of the other.

With no evening plans and another night booked at Domaine Madeleine, I decided to spend the day out on the spit, soaking in everything Mother Nature could throw at me. Sand was my floor, the sound of waves my music, and gulls my companions. With a brown bag lunch and water bottle in my backpack, I had everything I needed to take in the panoramic glory before me. 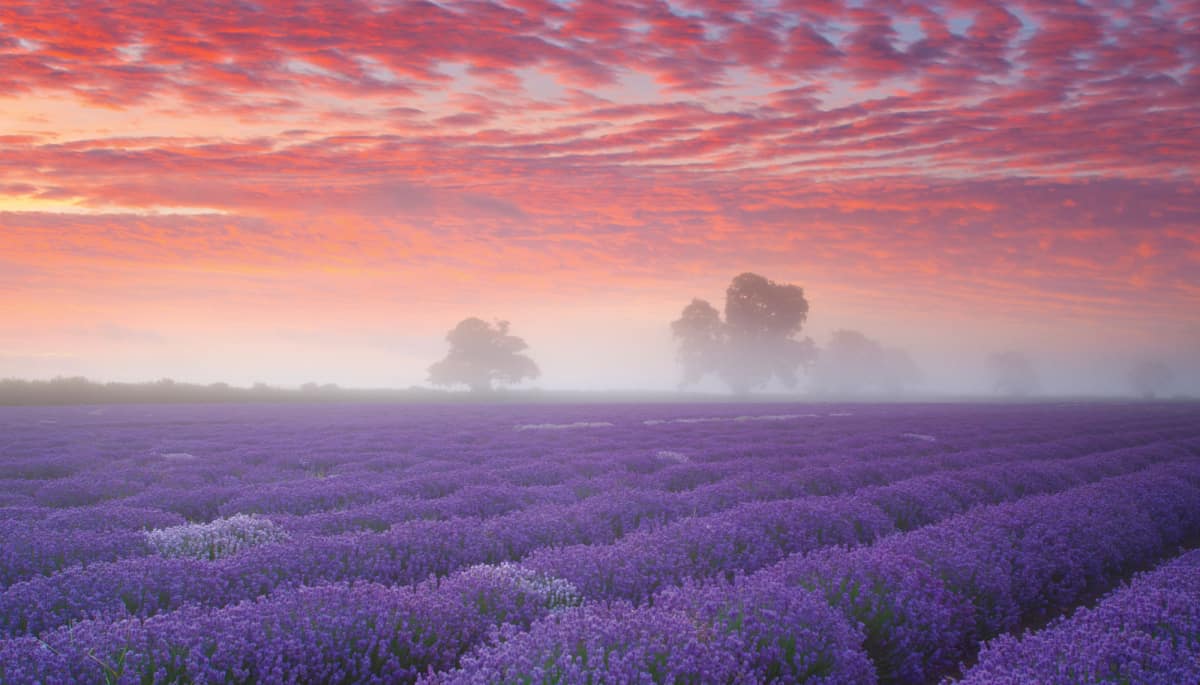 Tomorrow, I’d take my time getting back to Seattle, stopping to eat, stroll and browse in the Olympic Rain Shadow’s other leading light, Port Townsend. The former Victorian seaport still boasts dozens of historic Victorian mansions from the town’s heyday in the late 19th century. Two of them, Manresa Castle and the Old Consulate, operate as hotels, allowing visitors to live out their Victorian dreams. I planned to make a stop at Finistère, Port Townsend’s new destination dining restaurant opened last September, wander around the Northwest Maritime Center to look at some classic wooden boats, then hit some art galleries before heading back to reality.

It sure will be tough to leave, but now that I know the rumors are true, I just might come back every weekend, at least if it’s rainy in Seattle. 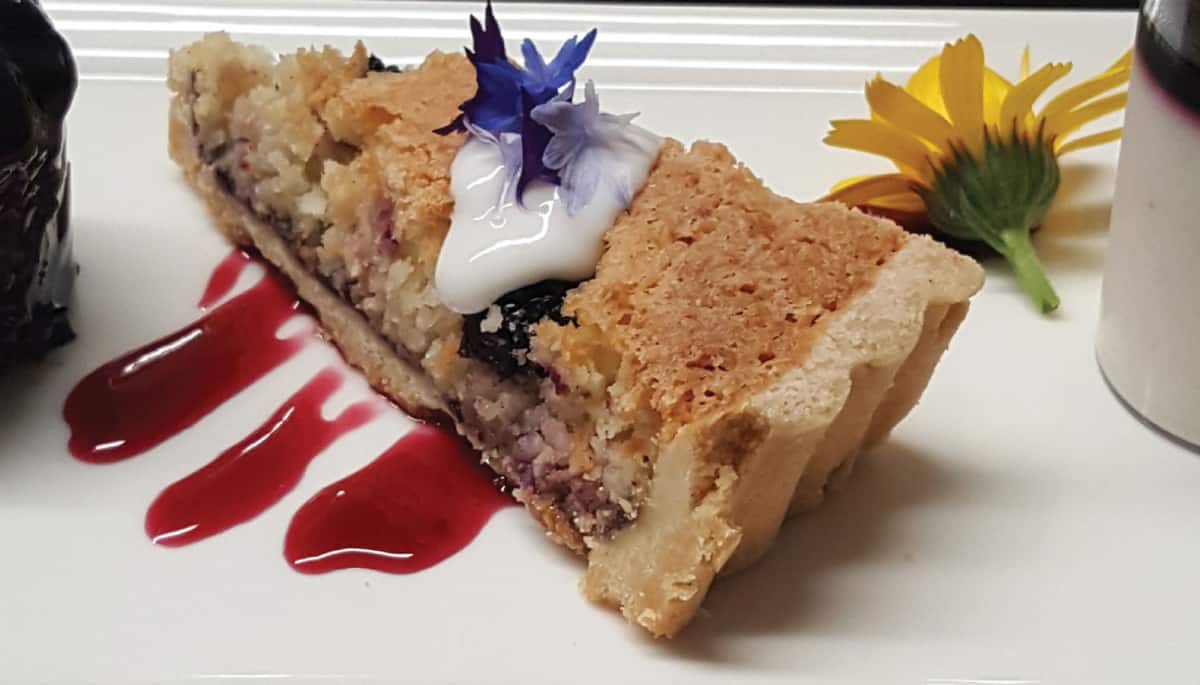 Photograph by Nourish. A delicious end to a meal at Nourish 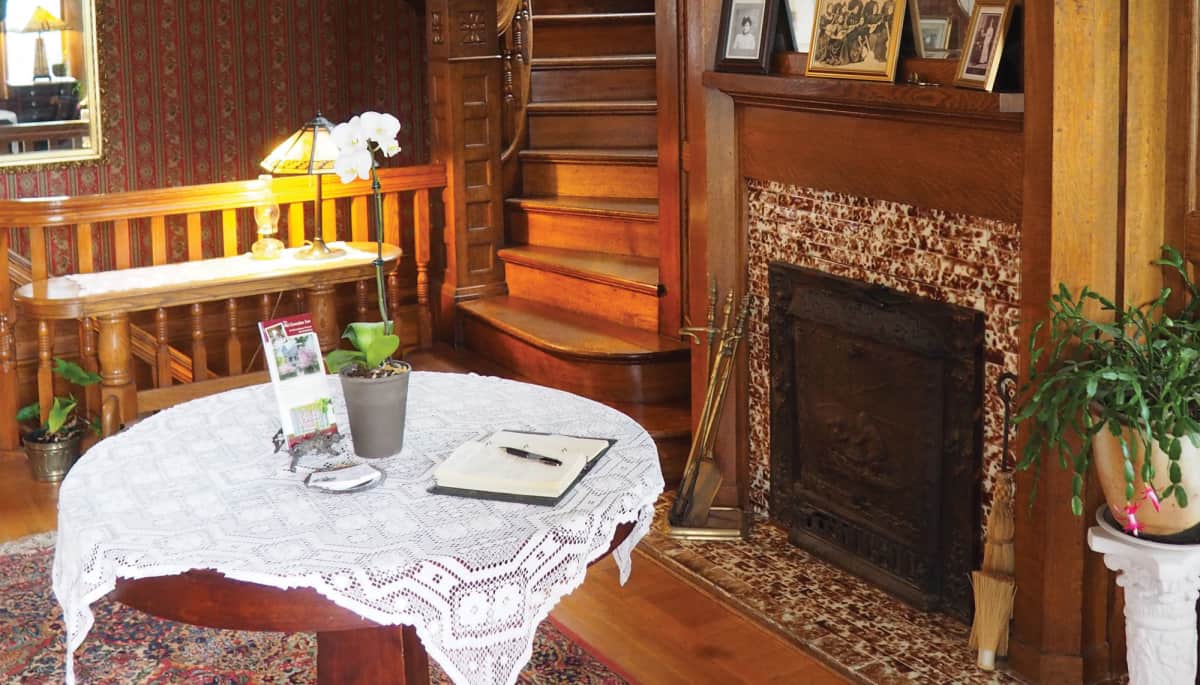 Getting there  Sequim is located in the northeast section of the Olympic Peninsula and is accessible via the Edmonds-Kingston ferry. Travel time from Seattle via Kingston to Port Townsend is 2.5 hours (58 miles), and from Port Townsend to Sequim, about 45 minutes (31 miles).
Sun meter Sequim is the rain shadow’s geographic center. It averages 16.5 inches of rain a year, compared to Seattle’s 37 inches. Both Sequim and Port Townsend average 127 days of “mostly sunny” weather; Seattle gets an average of 88 such days.