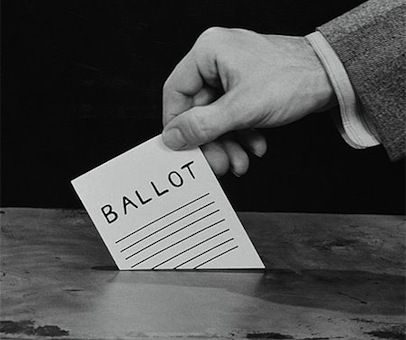 No matter how this election turns out, most people are ready to celebrate the end of a bitter, seemingly endless campaign season.

Here are a few places to get your drink on among your fellow civic-minded citizen while votes are tabulated:

The Pink Door’s pouring $1 Obamaramas (that’s the restaurant’s original concoction of fresh grape juice, vodka made in the U.S.ofA., a squeeze of lemon and curaco, starting at 3 p.m. The 104-inch TV will be tuned to live television coverage tracking the races.

At Bastille Café & Bar, secret ballots will be cast in the timeless battle between Old World vs. New World wines. There will also be special cocktails and chef Jason Stoneburner will be serving up some all-American burgers throughout the evening, beginning at 4:30 in the Back Bar.

On top of Queen Anne, the 5 Spot’s rolling out a special menu and, when polls close, the barkeeps will be offering $5 cocktails made with local BroVo Distillery spirits. There’s also going to be a local celebrity whose identity has not yet been revealed, panhandling for PBS, just in case Mitt’s elected and Big Bird gets the ax, as promised.

Watch the results with Seattle’s most famous columnist, Dan Savage, and KEXP DJ Greg Vandy at The Stranger’s party at The Showbox at the Market, where the drinks are stiff and admission’s free.

This post has been updated since its original publication.