What Makes a ‘Seattle Dog’? 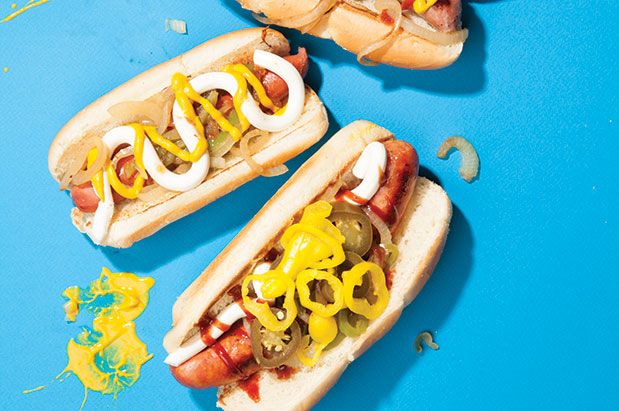 Most of us associate cream cheese with a certain mid-Atlantic city—but slather it on a frankfurter and suddenly the all-American food-cart fave becomes a “Seattle Dog.”

Former Seattleite Hadley Long is widely credited with starting the craze in the late 1980s, when he sold bagels in Pioneer Square. “I didn’t want to sell hot dogs, because I was already the bagel man,” says Long, who now lives in Idaho. However, when Long bowed to customer requests to serve wieners with his popular “bagel sticks” and cream cheese, his stand took off in popularity.

“Back then, Pioneer Square was where the nightlife was, and the bands and burlesque and the cabaret…” he says. “I got lots of exposure because of the location.” By the early 1990s, Long claims, his bagel dogs were an attraction unto themselves. “People would come up to me with a list of top 10 things to do in Seattle and say, ‘You’re one of them! Meet Hadley and go get a bagel dog.’”

Now seen on the menu of food carts all over the city and local spots such as Shorty’s in Belltown, Westlake’s Dog in the Park, Dante’s Inferno Dogs in Ballard and Safeco Field’s Hit It Here Café & Bar, the fast food may be on a bun rather than a bagel, and come adorned with additional toppings such as grilled onions, peppers or sauerkraut, but it’s the cream cheese that makes it a Seattle Dog.