Where to go for Great Gyros

Gyros get a signature finish at these Seattle restaurants. 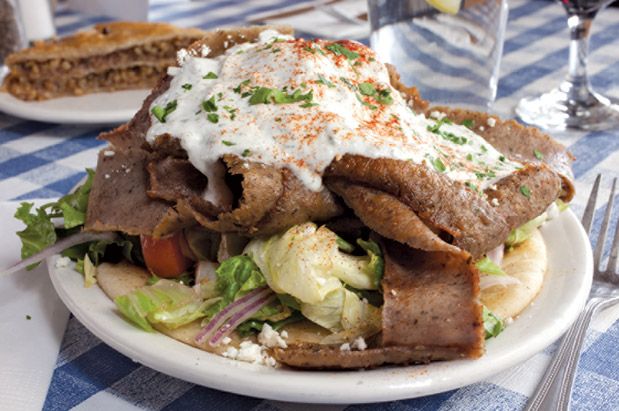 Usually stuffed with zesty ingredients like crisp veggies and succulent meat and topped with zingy tzatziki sauce, gyros get a signature finish at these local restaurants.

Aladdin Gyro-cery
Take a magic carpet ride to Aladdin Gyro-Cery for a lamb gyro, filled with lettuce, tomatoes and green peppers, drenched in either a fiery tahini sauce or creamy tzatziki and wrapped in a fluffy, warm pita. $4.75 regular/$5 jumbo; cash only. 4139 University Way NE; 206.632.5253.

Lake City Gyros
Lake City Gyros stuffs a double serving of lamb into this tasty, sloppy delight, then tops it with freshly grilled onions, lathers it in tzatziki sauce and wraps it in a perfectly grilled pita. $6. 12336 Lake City Way NE; 206.361.4533.