Where Ya At Matt 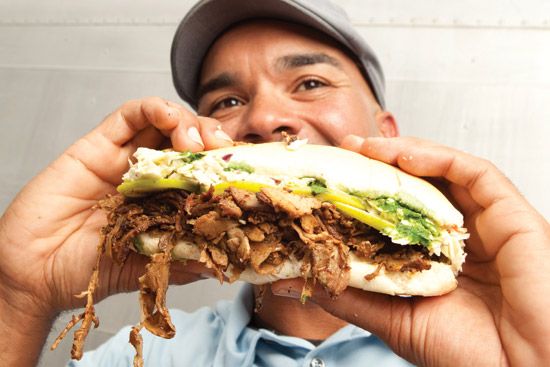 Not just anyone could convince Seattleites to eat gumbo and po’ boys out on the sidewalk in the rain. Even really, really good gumbo ($5/$8) and po’ boys ($9).

That’s the thing about Where Ya At Matt, the roving Creole truck that Louisiana native Matt Lewis opened last summer. If it weren’t for the ever-boisterous, charismatic and sometimes flirty Lewis, the truck (which frequents downtown neighborhoods, such as SoDo, South Lake Union and Belltown) wouldn’t get the attention it so deserves.

He’s almost as much of an attraction as his beignets ($4 for three)—hot out of the fryer, sizzling with oil and dusted with sugar.

That shrimp po’ boy the size of your forearm, the humming heat of chorizo in that gumbo…yeah, you might have to get a little rained on, but that just makes the food taste even better.