Who’s Serving Who? The State of Service in Seattle

The customer may not always be right, but don't we have any rights? 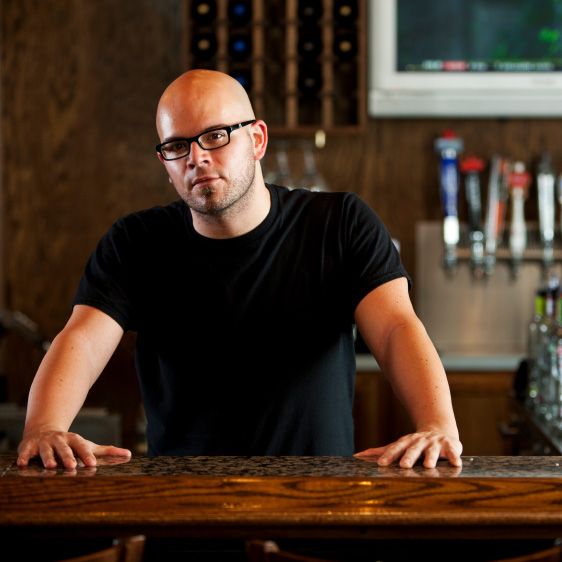 There’s an American Express poll that repeats like a broken record inside my brain. It’s dated by now—a restaurant critic mentor quoted it to me a decade ago—but the gist is that the majority of people make the decision of whether to return to a restaurant based on the service. Not on the food. Not on the comfort of the banquette, the soft glow of the lighting, the soundtrack, the scene. It comes down to the service.

The poll popped back into my head after a recent experience at one of Seattle’s better bars.

I was off for the night—on a date with my husband rather than eating out for a restaurant review—and so we’d decided to treat ourselves to proper gin martinis to start the evening.

We asked the bartender to recommend a gin, which led to some taste tests and comparisons; we were having fun, and our server seemed engaged.

The trouble came when I had the audacity—the chutzpah!—to ask for an extra olive or two. Cue the snarky “Why don’t you just order antipasti?” half-jokes.

Cue the cold shoulder. Cue the “Are you serious?” look on my face.

The takeaway? The guy behind the bar knows more about how I like my martinis than I do. (Also: I’m clearly still anonymous at that bar. Hooray?)

After a friend shared a similar story with me, a pattern began to crystallize. My friend’s parents were visiting, and she and her husband wanted to take them out to dinner.

But having experienced caustic service during prior dinners out with her parents, my friend had decided to take a proactive approach: She’d called the intended trendy French restaurant ahead of time to explain the situation—her father is a very plain eater—and to ask them to be frank with her. Did they have a server who would be able to handle her father’s order of a well-done steak and potatoes without trying to talk him into ordering his steak cooked less? Could they take his order without condescending to him?

Calling ahead to get permission to order as one pleases: Is this what eating out in Seattle has come to?

Granted, the old adage that “the customer is always right” is a quaint, unrealistic ideal. So I suppose it’s worth explaining what good service means to me, so that we can all be on the same page. It’s grace. Graciousness. Essentially doing whatever one can to make the diner’s night just right. Having the grace to sweep any diner gaffes aside and move on without missing a beat. Acknowledging and owning up to any mistake made—even when it’s not the server’s fault, as with a kitchen that’s running behind—rather than pretending nothing is wrong.

But I’ve noticed a troubling new tenor in the conversation between server and diner, in which the diner is expected to order in a way that pleases the server.

Forget substitutions, which many menus now disallow. And even set aside the myriad restaurants where one is told up front that “plates will arrive when they’re ready,” essentially dismissing the considerable importance of properly pacing a meal. The crucial question is: When did it become the diner’s job to order “correctly”?

The new school of servers is passionate and food obsessed, which is a blessing, as long as they don’t approach their jobs from on high; nobody goes out to dinner to hear a lecture on sustainable fisheries or the deficiencies of flavored vodkas.

There is something to be said for the old guard: the old pro servers who wouldn’t dream of dismissing a diner based on a frou-frou drink order or a steak ordered well done. Time, experience, years of long hours and the occasional nightmare diners have taught them that being a server, after all, isn’t really about their egos. It’s about making someone feel special, about treating diners like they’re the most important table of the night.

And it’s about enjoying the resulting big, fat tip.