This Best New Seattle Restaurant is neither new, nor in Seattle. But it's worth breaking the rules ( 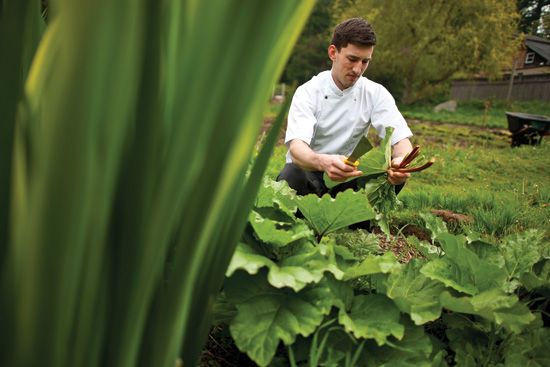 Without a doubt, my meals at The Willows Inn’s restaurant are among the very best of the year.

You may be familiar with the story of young chef Blaine Wetzel, who moved to Lummi to lead the kitchen at Willows; prior to the move, Wetzel was sous chef at Copenhagen’s illustrious Noma, arguably the best restaurant in the world. And perhaps you read my glowing review in Seattle magazine’s July “Island Dining” piece.

So why isn’t the Willows listed as one of our top 10 restaurants? I chose to separate Willows for two reasons: First, the restaurant is not exactly new (in fact the inn is 100 years old this year!), and second, it’s a hike to get there: a two-hour-plus jaunt to Lummi Island (and includes, more than likely, staying the night at the inn).

So it’s no small effort. But the spoils! Deeply earthy, gorgeously plated bites of island flora and fauna: oysters still seawater salty, salmon so fresh it could bring a tear to your eye, course after course of familiar (and some not so familiar—local seaweed and wild cilantro, anyone?) foods that taste utterly new.

And there’s an earnestness about the whole venture that sounds like it would come off as yawn inducing, but in actuality, gives a dinner at Willows a purity, a magic that’s nearly indescribable. So in essence, it deserved its own special box. And yes, you should go.