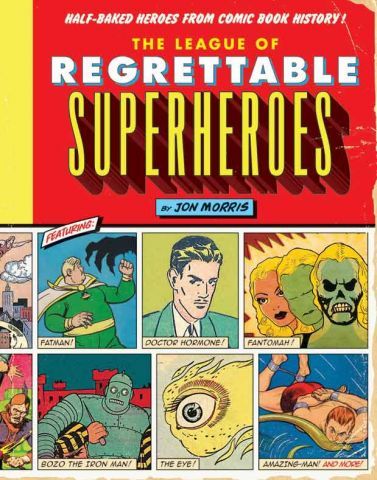 Remember a superhero named The Red Bee? No? How about The Bouncer? Or The Puppeteer? Now’s your chance to get to know these (understandably) long-lost comic book stars, thanks to a new book by Redmond-based writer Jon Morris. The League of Regrettable Superheroes (Quirk Books, $24.95) grew out of Morris’ blog, Gone & Forgotten (gone-and-forgotten.blogspot.com), in which he unearths lesser-known comic books from the past and explains the strengths and foibles of these “half-baked heroes.”

Morris, 43, grew up in a house full of comic books—his father taught himself English by reading American comics upon his arrival from Germany—and by the age of 30, his own collection had reached 15,000. His wealth of knowledge and whip-smart sense of humor add up to a book that’s both deeply informative and quite funny. Asked what talents a regrettable superhero from Seattle might have, Morris says, “Someone whose powers might be based in kickball or roller derby, armed with magic tattoos and piercings, capable of yarn-bombing tall buildings in a single knit, faster than a speeding fixie and more powerful than a moving banjolele solo.”