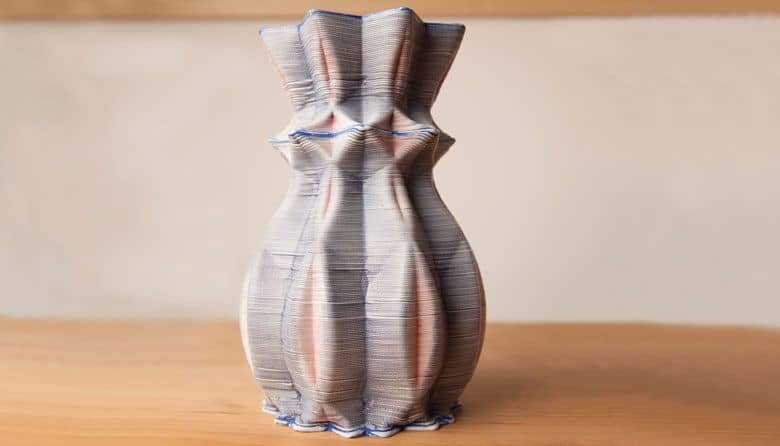 Located in the garage of her Wallingford house, Timea Tihanyi’s studio may be small, but it’s a place where big ideas are being formed. Like most pottery studios, the workroom, called Slip Rabbit (sliprabbit.org), features many tools commonly found in such studios—a couple of kilns, stations for making molds and casts, a palette of various glazes—but it also contains an unusual one: the 3-D Potterbot 7 ceramic printer.

A former physician, Tihanyi ditched her career in medicine in the late ’90s to pursue ceramics and studied with renowned University of Washington ceramic instructor Akio Takamori, who died last year. Using the 3-D printer, Tihanyi makes otherworldly creations: textured, knobby bowls in soft pastels; vessels with organic shell shapes, as if just washed up from the sea. Her sculptures are the result of the printer, loaded with porcelain clay, interpreting the various mathematical codes fed into it. Some are predictable shapes (such as a cup or a vase) that she’s created before, others aren’t known until they are completed, and still others “unravel in chaos,” Tihanyi says. With a team of interns and a few UW mathematicians, Tihanyi is discovering how to apply the printer in making her art, from learning codes that create specific patterns and textures to the unexpected, occasionally delightful, quirks of “chance and randomness” that the printer sometimes produces.

Take a closer look at Tihanyi’s 3-D printer-created ceramics at her third solo show at Linda Hodges Gallery, Control/Release, on view through September 1. See more examples of her work below. 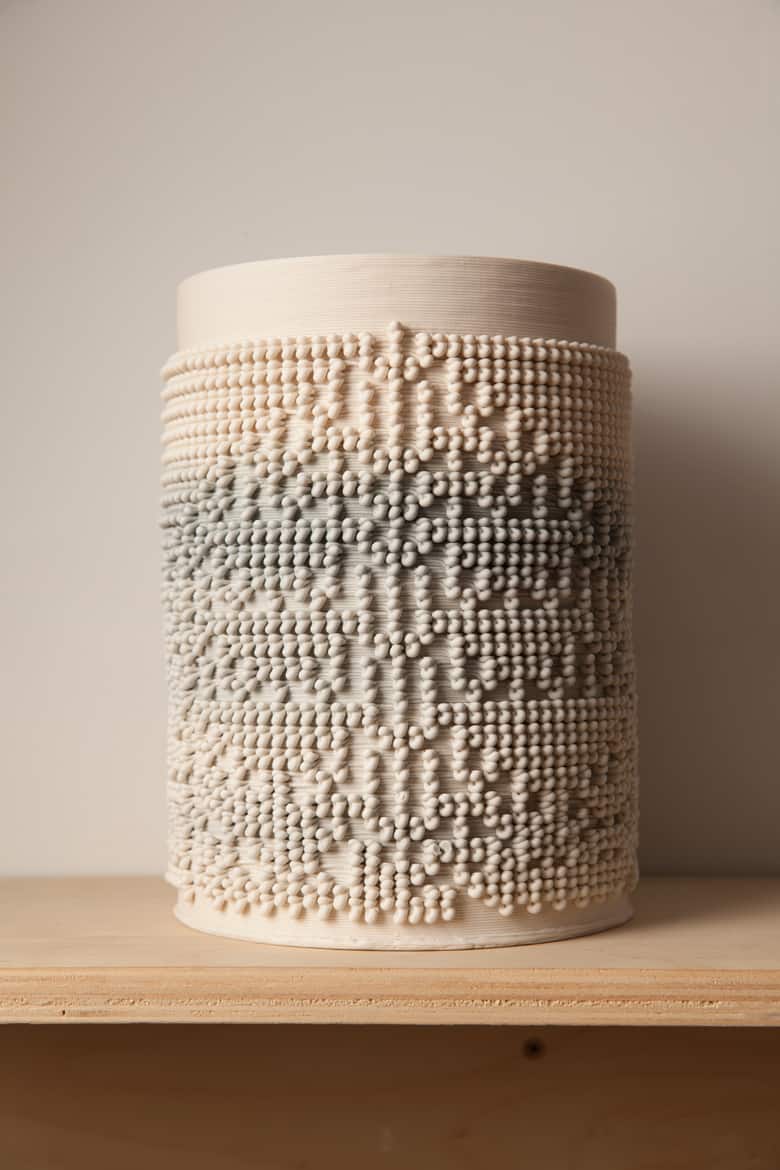 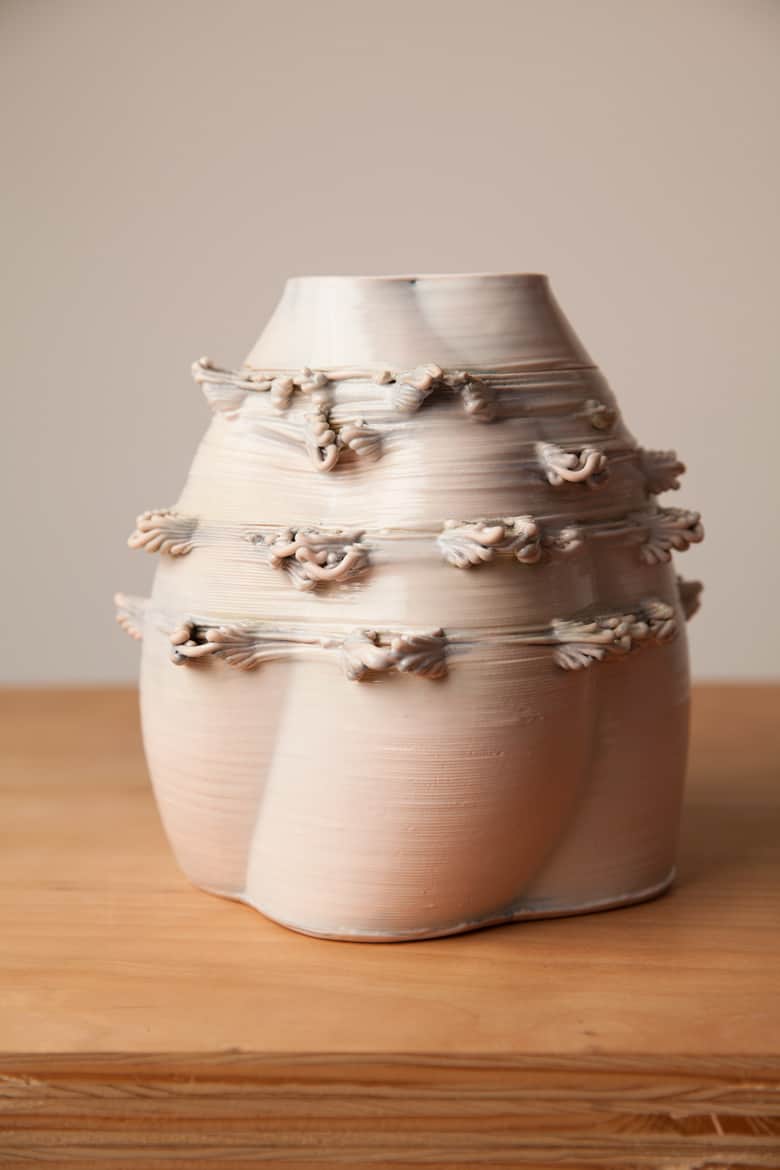 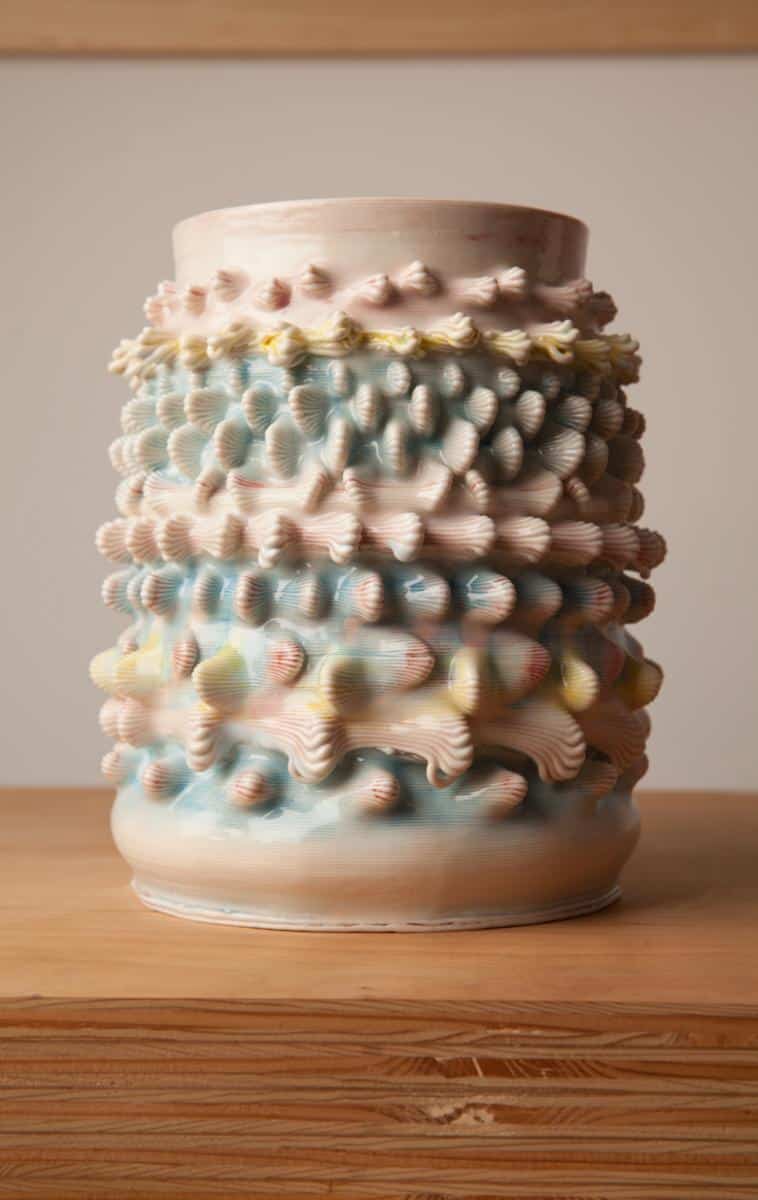