Who Will Do the Right Thing in the Central District? Plus a Video by Seattle Hip-Hop Artist Draze 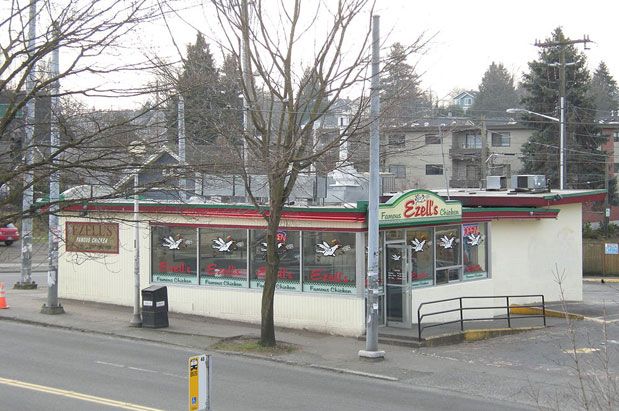 !–paging_filter–pIn November, I moved from Wedgwood to Mount Baker, city-side near Massachusetts Ave. I moved for many reasons—to be closer to work and in a more urban setting, near better transit options and with great walkability, and, yes, for a more diverse experience. Among other things, I wanted to live somewhere where everyone did not look or live like me—and to be stretched and enriched by these new relationships. My husband and I focused our home search mostly in the Central District, and by chance, landed further south. Everywhere we looked was in the midst of neighborhood gentrification—which raised many questions for us including whether we would we be making life harder for the neighbors we would chose to live among? And what was our individual responsibility in these larger demographic shifts?/p
pAs the inner city development boom shows no sign of lagging, the issues of gentrification in the Central District are on the minds of many. Writer Naomi Ishisaka wrote “a href=”http://seattlemag.com/article/how-do-changes-central-district-affect-afr…” target=”_blank”Saving the Soul of the Central District/a” in this month’s issue, looking into the current community and city efforts to preserve “Africatown” in the area along 23suprd/sup and MLK between Union and Jackson. It’s clear much is being lost as African-American and African immigrants and their businesses are priced out of the neighborhood. Protecting what makes the area unique is a murkier enterprise./p
pOnly a couple weeks ago, local hip-hop artist Draze debuted his song and video “The Hood Ain’t The Same” during an event at EMP. It’s a pointed and moving lament about gentrification in the C.D., where he was born. It’s long on loss but makes no prescriptions. iframe src=”http://www.youtube.com/embed/tksluFy4P4s?rel=1autoplay=0wmode=opaque” width=”400″ height=”250″ class=”video-filter video-youtube vf-tkslufy4p4s” frameborder=”0″/iframe/p
pWe are not alone, of course. Many major cities, such as New York City, are facing similar neighborhood makeovers. Filmmaker Spike Lee, who created the far-sighted gentrification film emDo The Right Thing/em, grabbed headlines when, during a href=”http://nymag.com/daily/intelligencer/2014/02/spike-lee-amazing-rant-agai…” target=”_blank”a presentation, he rejected the notion of an “upside” to gentrification for those being gentrified./a (Beware, the smart but expletive-laced response is probably not safe for listening at work.)/p
pWith awareness cresting and a major development slated soon at 23suprd/sup and Union, stakeholders are pushing for concrete actions—everything from more affordable housing to incentives for black-owned businesses as well as longer term economic solutions aimed at making it possible for more residents to afford homes and rents in the area. Meanwhile, those of us who are new to these neighborhoods need to take a page from Spike Lee and respect and work to protect the culture and traditions that drew us to these lively and diverse hubs in the first place./p