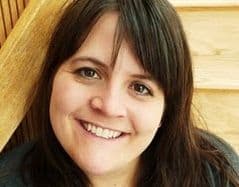 It seems that Seattle’s film community may have finally arrived on the national stage with the stunningly wan production of The Off Hours, a film born and (in)bred in Washington State under the keen directorship of local veteran filmmaker Megan Griffiths. I was lucky enough to catch the film’s premiere at the Sundance Film Festival in Park City, Utah this past weekend–and I can’t stop thinking about the anemic and dysfunctional characters set against a dismal backdrop of the night shift at a truck stop diner emotionally and geographically halfway between city and suburbs. Amy Seimetz commands the screen in the lead role of Francine, a twenty-something waitress unsure of what she wants out of life but increasingly certain that the answer will not come from the lonesome derelicts that populate her small joyless world. Supporting performances by Ross Partridge, Tony Doupe, Scoot McNairy, Lynn Shelton and Gergana Mellin complement Seimetz’s melancholy perfectly. Besides great acting, the film’s cinematography imbues a strong sense of overcast–only fitting for a film shot mostly in Ballard in the early spring–and becomes a central character in its own right thanks to the production design of Ben Blankenship and the skillful camera work of Benjamin Kasulke.

What may make The Off Hours–which is competing in Sundance’s “Next” category for innovative low- and no-budget feature films–the ultimate Seattle film story is its creators adherence to environmental principles behind the lens. While you would never know it from watching the film given its high production values, sets, props and wardrobes were culled from local thrift stores (and returned for future sale when the production was wrapped), script printing was minimized, and local companies donated reusable water bottles and coffee mugs. The non-profit Sustainable Style Foundation has awarded the film its SSFtag in recognition of these and other green aspects of the filmmaking process.

No one can be sure whether or not The Off Hours will get picked up for national distribution. What’s good for artsy/intellectual Sundance isn’t always what’s good for mainstream America–although this film should be the exception. Regardless, Seattleites should be sure to keep an eye out for the local screening of the film as part of the Seattle International Film Festival this next May. Definitely catch it if you can.