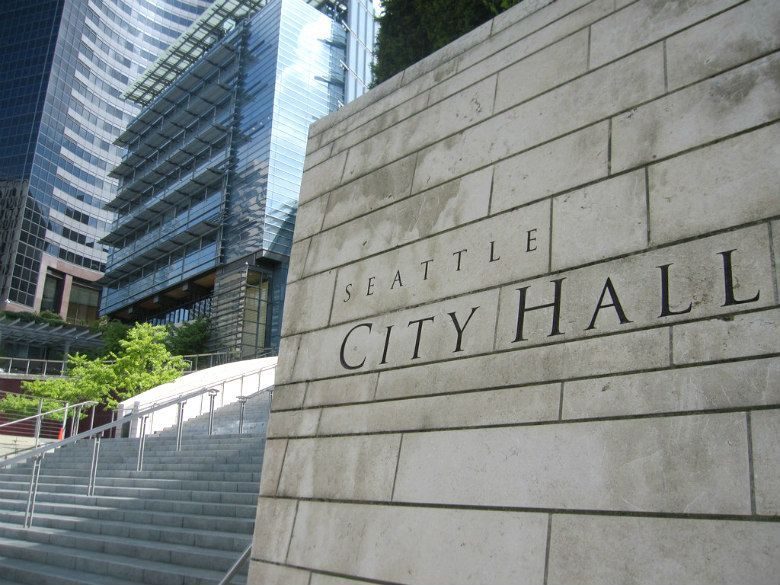 With 21 candidates in the mayor’s race, it’s easy to focus on the parade of curiosities—the also-rans who thought it was worth their while to spend $1,951.86 to have their name on the August ballot. It’s also understandable; in August, voters will peruse a ballot that includes perennial candidates such as the guy best known for addressing Seattle and King County Con members with a Nazi salute and a string of expletives; a real-deal militant Socialist who frequently praises Cuba; and a young Libertarian who says he wants to “stop spending your money on partisan profligacy.”

Look down the ballot, though, and you’ll notice something surprising: In the open race for Seattle City Council Position 8, which will be vacated when Tim Burgess retires at the end of the year, there are almost no names that can be easily dismissed as “also-rans” or vanity candidates. (The one exception is Rudy Pantoja, who became briefly Internet-famous after a “Block the Bunker” activist accused him of sexually harassing her when he told her his name was “Hugh Mungus” in a videotaped interaction that went viral.)

Position 8 is a citywide seat, meaning that all Seattle residents are eligible to vote for the seat. Here’s a look at who’s running, their qualifications for the job and their potential liabilities. Hisam Goeuli
About: A physician who works in gerontology and geriatric psychiatry at Northwest Hospital & Medical Center, Goeuli has decried the “warehousing” of mentally ill homeless individuals at hospitals like the one where he works and argues that everyone in Seattle deserves a physical, cultural and medical home.

Strengths: For an unknown candidate, Goeuli has an impressive grasp of the issues, a coherent platform and a strong onstage presence at campaign events and forums. He also has an intriguing profile—a gay Muslim American son of immigrants, whose Peruvian partner came to the United States as an undocumented immigrant. Jon Grant
About: A former Tenants Union organizer who is running as a Democratic Socialist, Grant sought this same position two years ago when Tim Burgess ran for reelection. This time he suggests that he is the true populist and progressive in the race, and recently got arrested while protesting Chase Bank’s relationship with the Keystone XL pipeline.

Strengths: Appeals to supporters of socialist city council member Kshama Sawant, who has endorsed him, and others who believe the city is in the pocket of big banks and corporate interests. He’s already raised more than $100,000 from “democracy vouchers”—small, publicly funded contributions from individual supporters.

Liabilities: Heavily criticized by labor supporters of his opponent Teresa Mosqueda for what they call showboating on issues like Keystone and the $15 minimum wage while living in a house that was bought for him as a foreclosure by his parents. Mac S. McGregor
About: A member of the city’s LGBTQ commission and diversity educator, McGregor would be the first transgender member of the city council. He’s said he was motivated to run by Donald Trump’s election and will represent all marginalized people.

Strengths: McGregor is an energetic candidate with a strong pitch on the stump and a sense of humor. (Earlier this month, he announced he was running as a “non-binary candidate”—that is, not a Democrat or a Republican).

Liabilities: A first-time candidate with a low profile outside the LGBTQ community, McGregor may struggle to stand out in a crowded field. Strengths: Mosqueda can point to a long list of concrete accomplishments in Olympia as well as a long list of supporters from state government and the labor movement, including 22 state legislators, more than a dozen unions, and Congresswoman (and former state legislator) Pramila Jayapal. With labor support comes financial support, and so far, Mosqueda has raised almost as much as Grant, who got a months-long jump on fundraising when he announced his campaign last year.

Liabilities: Mosqueda is little-known outside state government and the labor movement, and may struggle to translate her work on state issues into a city campaign. Plus, she’ll have to cede the far left to Grant, who has touted his own work as an organizer on the statewide minimum wage campaign.