Remember the Ballard Bride Mistaken for a Princess? Her Wedding Was Fit For a Queen

Turns out viral fairy tales are real, if not chaotic for wedding photographers.

By Kylah Sech and Darien Parish 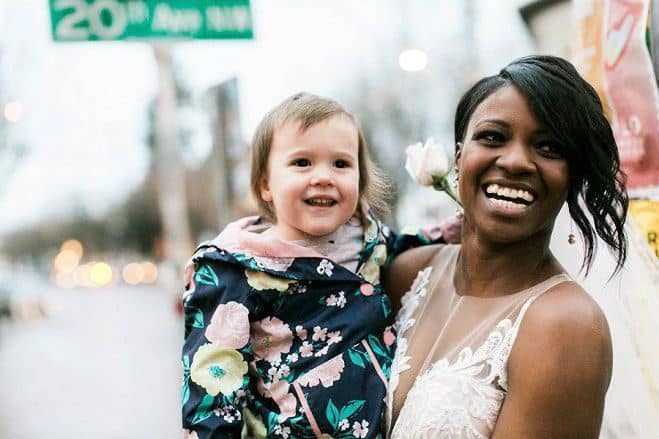 From a breathtaking proposal on Alki Beach, to the exchange of vows at Hotel Ballard against a backdrop of sweeping Queen Anne views, Shandace and Scott’s wedding day was nothing short of royal perfection. With a floor-length veil and lavish lace train, it was easy to see why a young girl mistook the bride for a real-life princess, with the resulting photos swiftly going viral online. Shandace and Scott’s glamorous wedding was truly worthy of a princess and certainly promises an incredible happily ever after.

Using inspiration from Pinterest, the bride planned a classic wedding, which gave off an aura of simple elegance with its pretty pastels and romantic floral details. It was important for the bride and groom to connect with their guests, so the list was kept small and the reception hall was set up “family-style.” Friends and family enjoyed a banquet fit for royalty, with Mediterranean cuisine and cocktails, and finished the night with a celebratory dance party. 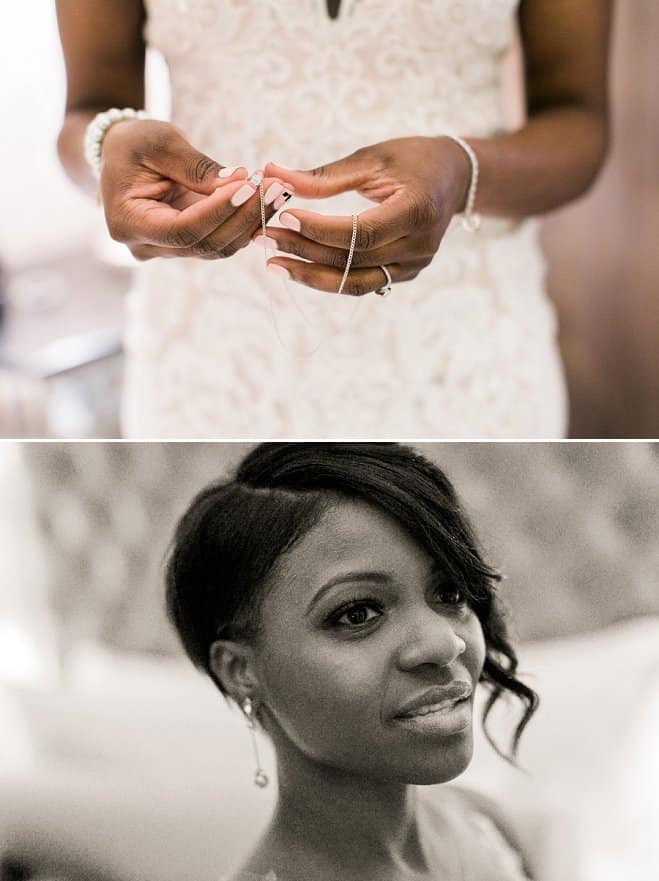 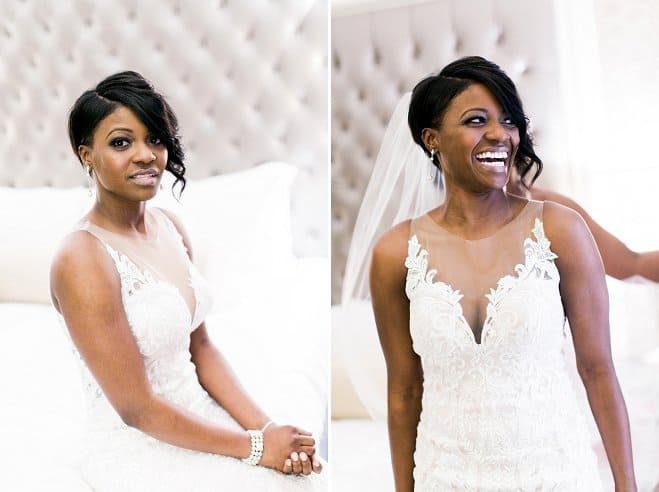 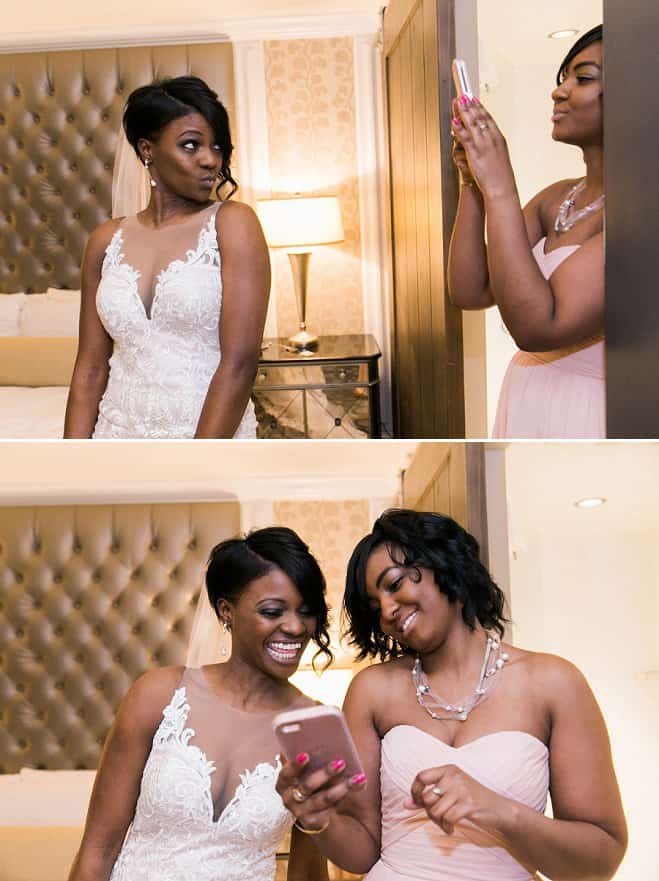 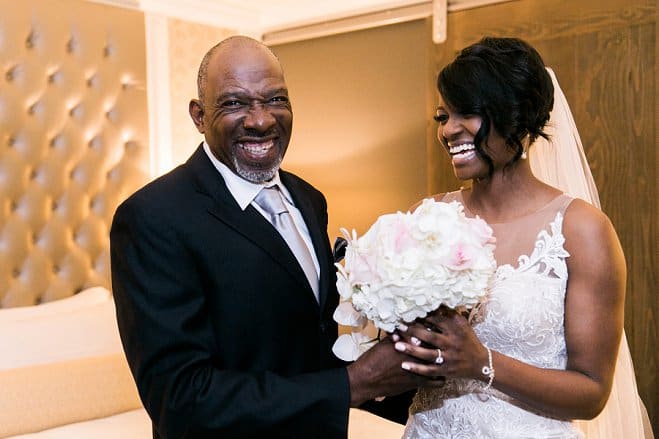 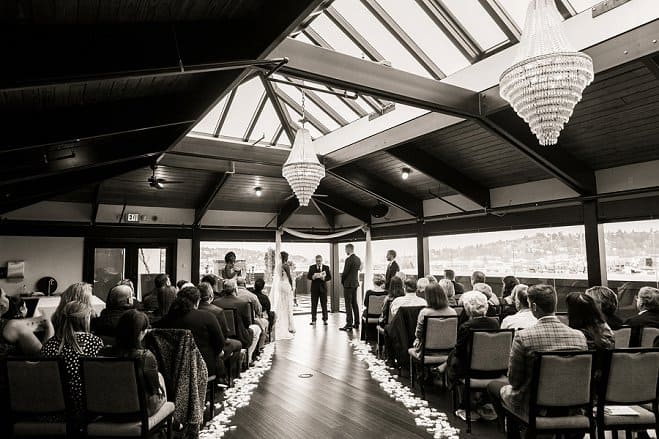 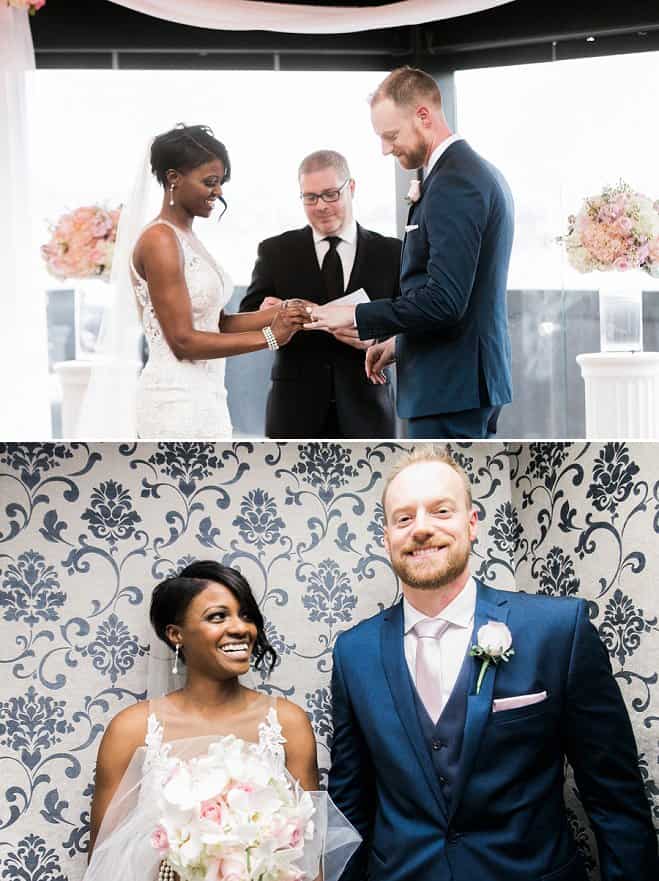 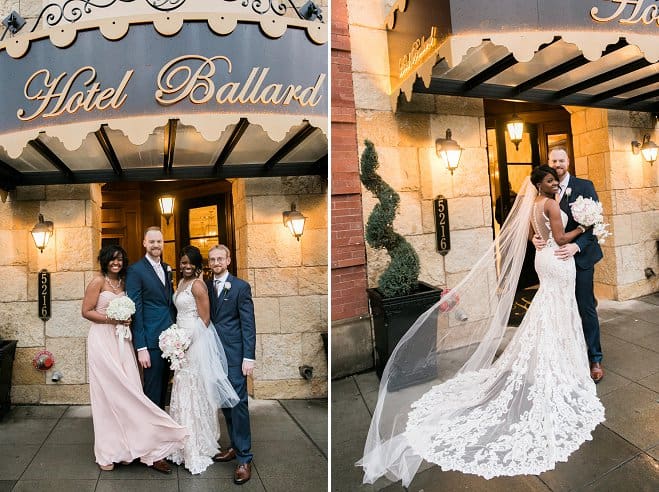 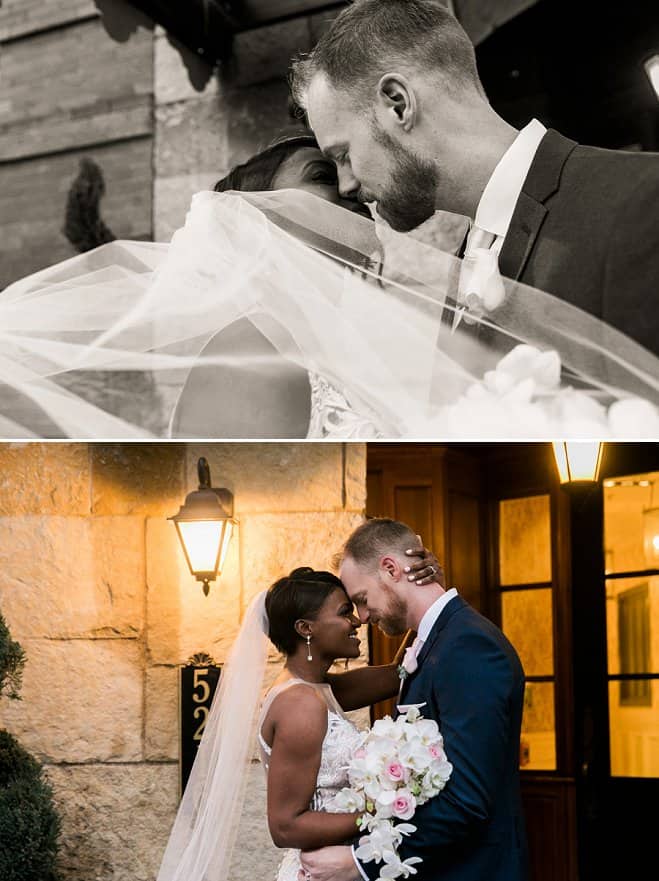 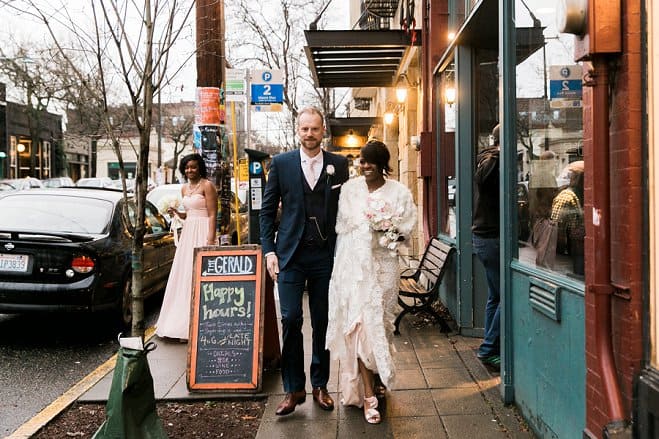 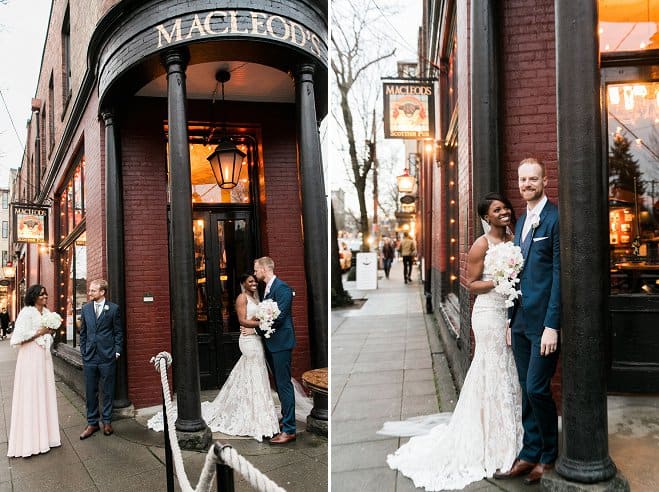 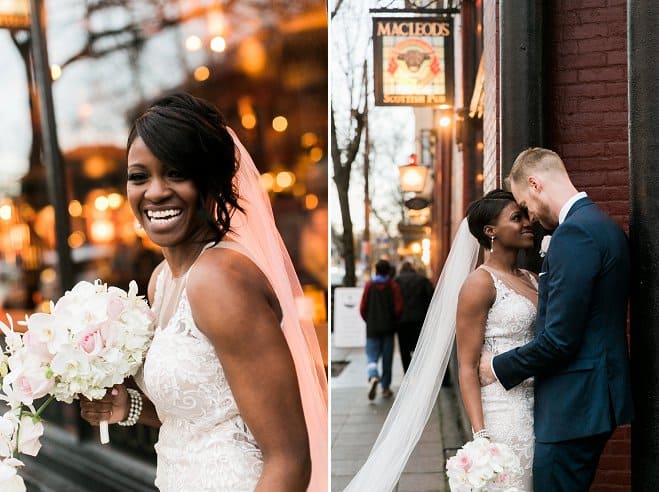 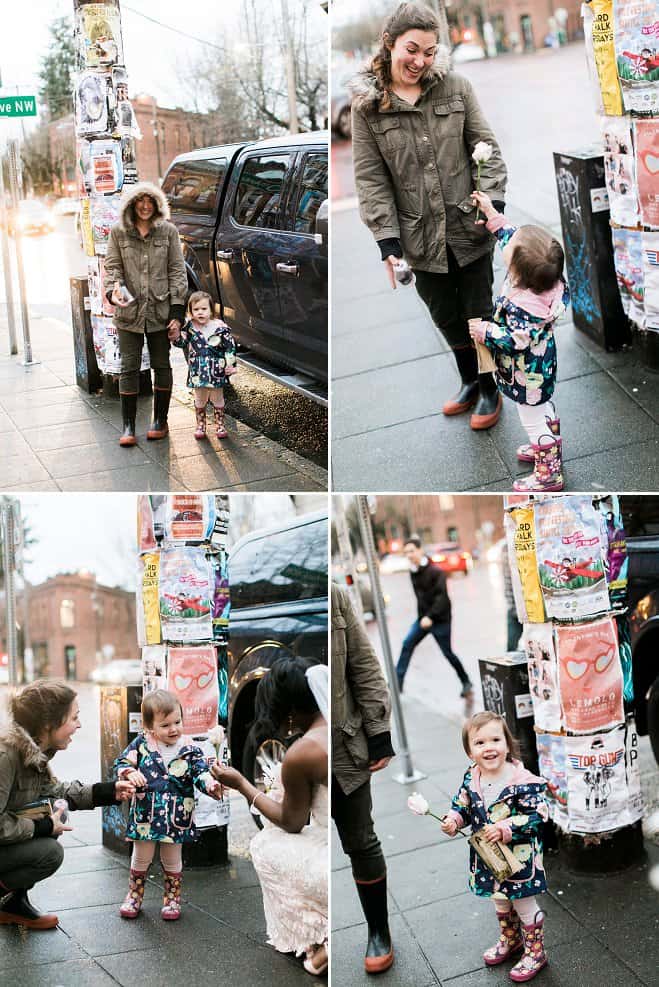 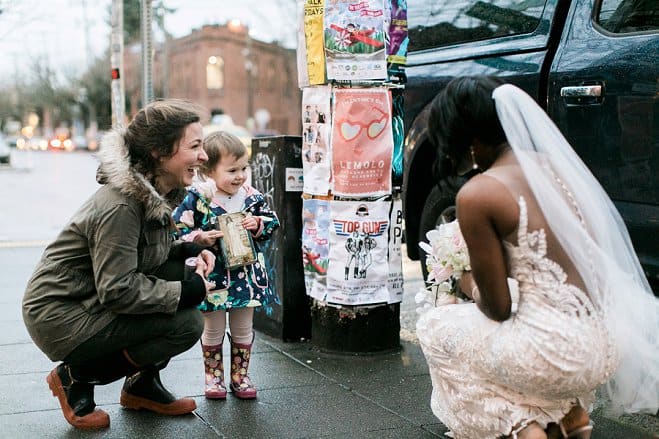 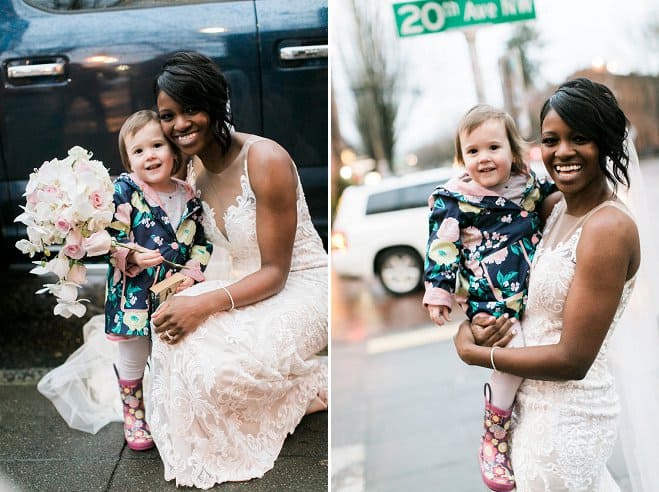 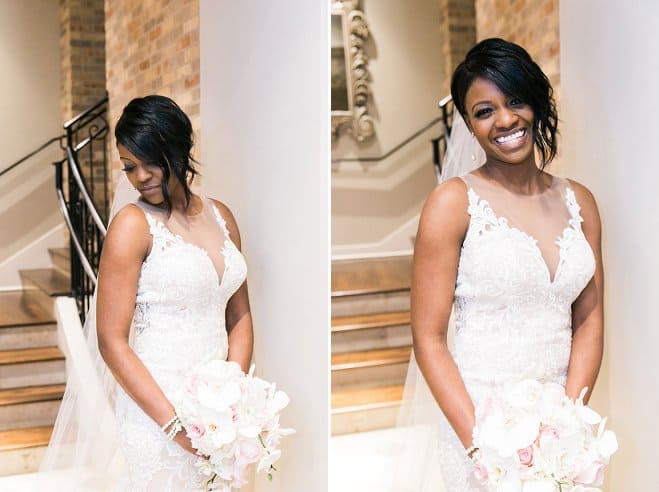 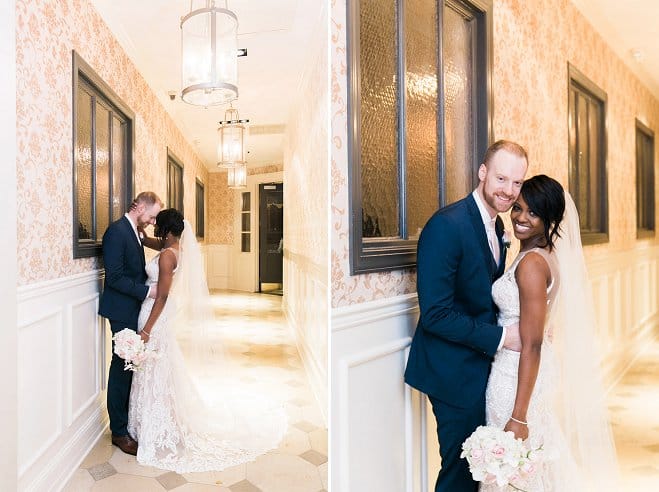 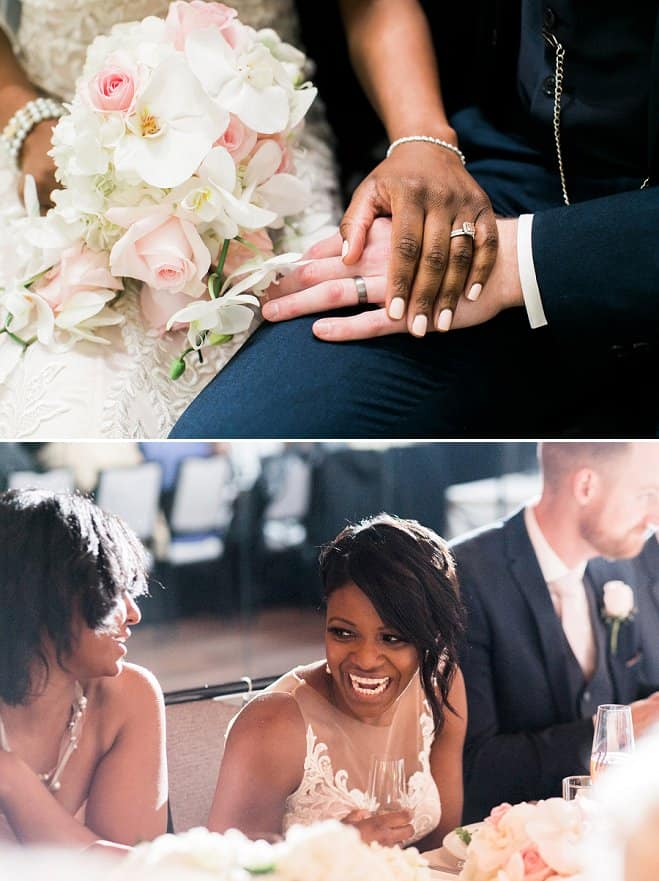 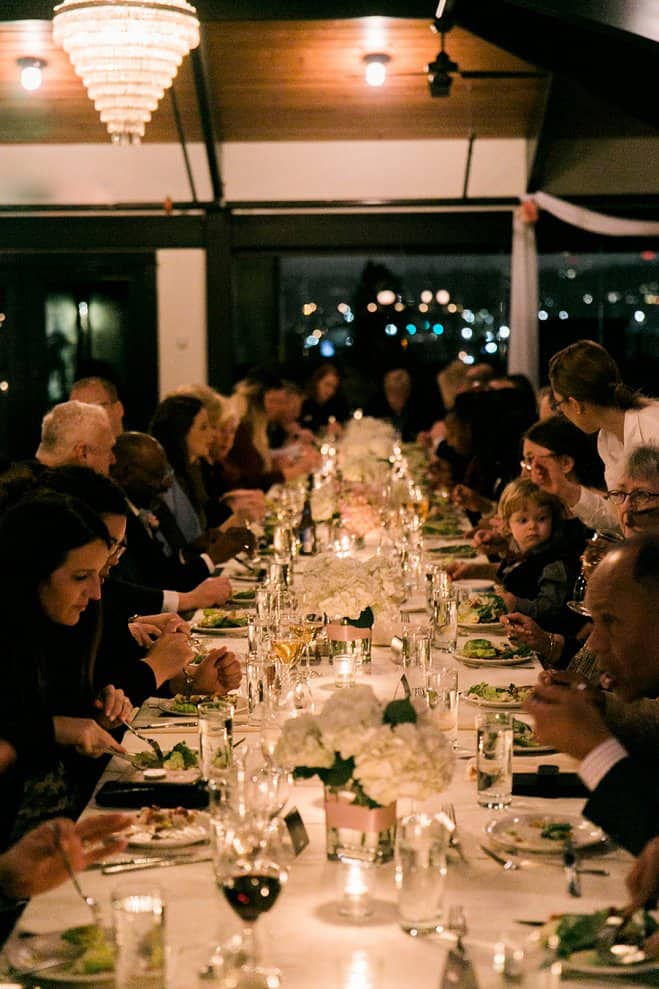 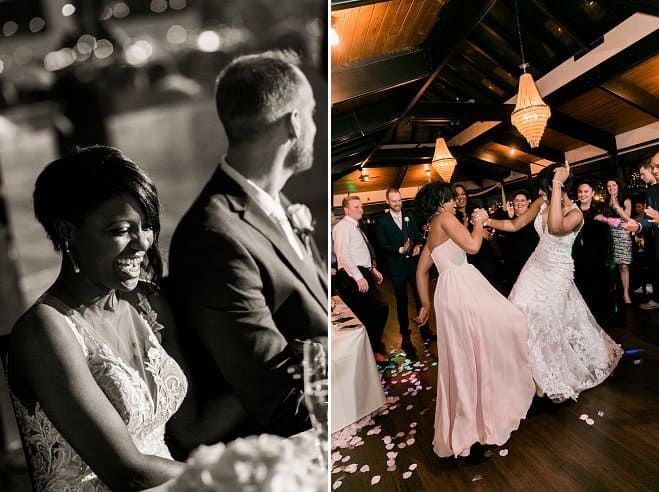 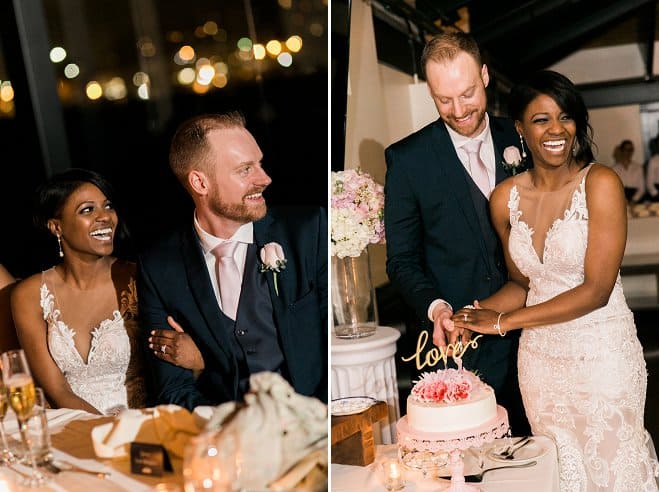 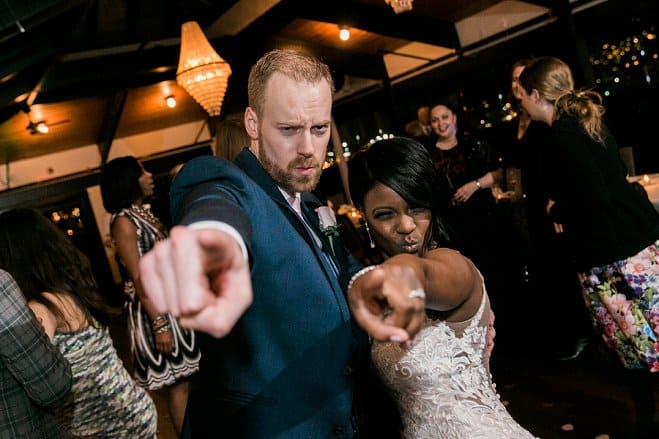 From the photographer, Stephanie Cristalli, on her experience going viral:
“The interest in the story was exciting at first, and then became increasingly overwhelming. Scott (the groom) had posted the images on the Imgur site to try to find the mother of the little girl. I woke up to a couple of emails from Europe and then suddenly the East Coast started chiming in and by 10 a.m. it was like wildfire. I then had a panic attack, as I realized I did not have model releases for the mom and the little girl, so I called PPA and an attorney. Finally Scott found them, and when I contacted them, they could not have been any sweeter, and they were onboard with the excitement of publishing the work, as long as we didn’t share their daughter’s name. The excitement started Wednesday morning and finally eased up by Friday evening.

“We noticed the little girl gazing at Shandace. Shandace was immediately taken by her and walked over to say hi. It was all just a natural chain of events and I just clicked away. It was all Shandace and her love for children that made the story. They were consumed by each other and I was consumed by them. I had no idea what was happening around me. I was completely involved in the moment.

“What made the story was that it was a natural moment. The photos that went viral might not be the most beautiful set of images ever created, but the joyfulness and honesty in them is what created the story. I think so much wedding photography is contrived these days, and the true and honest moments are the ones that stand out. Shandace and Scott will have a memory from their wedding photos that is truly unique to them.”