In Search of a Happier Seattle

It’s time to start talking about what really matters when making policy decisions for our city: the 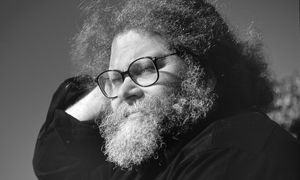 When civic disputes get down to arguments over numbers, the point has usually been lost. Debates this year over building heights near the planned Roosevelt light rail station and in Pioneer Square heated up because the numbers symbolize an approach: density versus single-family homes, sustainability versus sprawl, high-rises versus history.

These debates, legitimate as they are, are indicative of the ways in which a city is often reduced to numbers.

How many feet can a taco bus be from a restaurant? How much traffic should downtown streets carry? How tall can a high-rise rise?

It’s easy to get caught up in the math wonkery of what makes a good city, but that often misses the point.

Jane Jacobs, the patron saint of urban neighborhoods, fought to save her beloved Greenwich Village and spawned a movement to preserve real, organic urban life from the urban renewers and their freeway projects. But she was also trying to “save” something that was dynamic, a way of life that could not be reduced to a formula.

Seattle’s civic dynamo Jim Ellis, father of Metro and Forward Thrust, once told me that laws like the state’s Growth Management Act were nothing more than “blunt instruments,” not designed for performing fine civic surgery.

The work of making a city right is left to the people in it, and to the motivations of the businesses, developers, architects and planners, not to mention larger cultural and economic forces. The GMA is a heavy club, and we have to file down the rough edges it creates.

Is a city’s job to maximize profits? To create jobs? Or is it something less definable by laws and building codes? In Seattle, we’ve long talked about “quality of life” as something to be protected. It’s hard to define what that is, but it points the debate in the right direction, toward the outcome. A backyard cottage can either be a charming addition or an intrusive annoyance. A high-rise can make a neighborhood more dynamic or blot the cityscape. Success or failure is often a matter of vision, execution and values, which are difficult to legislate.

This year, the City Council issued a proclamation in favor of happiness. Sounds like the kind of pointless stuff city councils often do. But the declaration was worthwhile as a gesture to acknowledge Sustainable Seattle’s Happiness Initiative, which is an effort to focus on general well-being by making that a metric, too: Where does the data say we stand in terms of poverty, political engagement, tax fairness, volunteer rates, rates of mental illness, etc.?

“Well-being” is an in-vogue term social scientists use to attempt to define what we might call quality of life. Are people thriving? Are they fulfilled? These are fundamental questions to answer.

I met earlier this year with legendary Seattle architect Fred Bassetti, now 94 years old, a man who has reshaped Seattle with his projects, from Seattle Municipal Tower to the downtown Federal Building, from Woodland Park Zoo to Pike Place Market. We discussed the time when Bassetti was head of the Seattle chapter of the American Institute of Architects in 1967.

At that time, he instituted “Action: Better City,” an AIA project to consider ways to redesign Seattle in favor of its people. It’s a shame that Bassetti’s ideas for an open Westlake Park and turning Fourth Avenue into a tree-lined boulevard were never executed, but his approach is relevant today.

“We have tried to find a few modest ways in which the city might serve man rather than the reverse,” he wrote in the Action project’s manifesto. Our task, he wrote, was to shape a city that would lead “inevitably to individual and group well-being, psychological as well as physical.”

In support of the Happiness proclamation, City Council president Richard Conlin said the effort “can help our council make effective policy decisions and can engage our community in conversations about what we really want from life and from our economy.”

Those conversations could ultimately be more useful than fighting over the numbers block by block.

Write editor-at-large Knute Berger at knute.berger@seattlemag.com. His Mossback column is at crosscut.com.