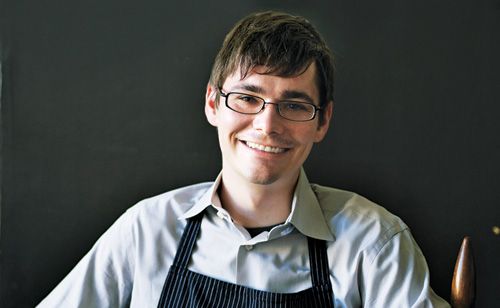 DOUBLING DOWN
Spinasse, the cozy Capitol Hill pastaria (1531 14th Ave.) where Jason stratton, one of Food & Wine magazine’s Best New Chefs of 2010, heads the kitchen, will double in size later this spring. The northern-Italian-style restaurant will expand into the corner space next door, the former Whimsy Home Décor location, adding another dining room that, Stratton says, will look similar to the original. There also will be a bar called Artusi and a glassed-in pasta-making room. The new space is expected to open in mid-May.

TOM’S SLU TAKEOVER
Tom Douglas, fresh off the opening of Seatown Seabar & Rotisserie near the Pike Place Market last summer, is on the verge of a South Lake Union takeover. In January, he made the area home to the second Serious Pie (401 Westlake Ave.), and he has three more restaurants on the verge of opening. Douglas purchased the Terry Avenue Building (between Thomas and Harrison streets) a couple of years ago and has been renovating it to house an Italian restaurant at ground level, a tavern upstairs (which, we’re told, will feature a fresh pretzel bar) and, the place I’m most excited about, Ting Momo, a Tibetan restaurant where momos (or dumplings) will be featured. If all goes as planned, we’ll get a taste of Douglas’ new concepts next month.