What to Expect for the 2016 Seattle Sounders Season 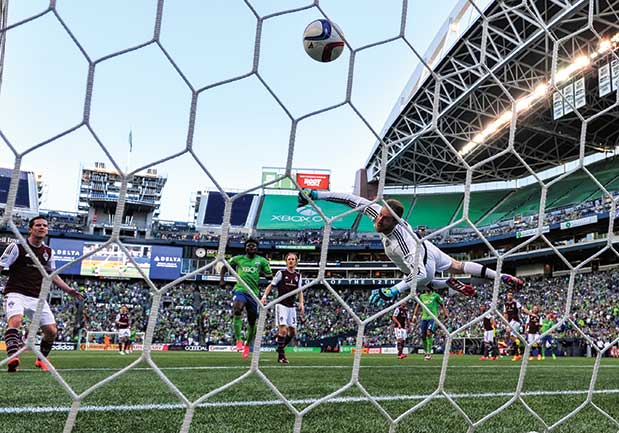 The Seattle Sounders have the home field advantage when they take on Sporting Kansas City on March 6 in their first match of the 2016 Major League Soccer (MLS) season. They’ll be cheered on by their fervent fans (the team is top of the league for attendance, with averages of more than 44,000 tickets per game) who have high hopes for this season.

But how high should those hopes be? Let’s take a look:

2015 ended short
of the goal
The team finished with 15 wins, 13 losses and six draws, putting it fourth in the Western Conference and earning it a place in the playoffs. Though they defeated hot rival LA Galaxy, the Sounders lost in the conference semifinals to FC Dallas.

The team finished with 15 wins, 13 losses and six draws, putting it fourth in the Western Conference and earning it a place in the playoffs. Though they defeated hot rival LA Galaxy, the Sounders lost in the conference semifinals to FC Dallas.

In the off-season, the Sounders lost Chad Barrett, a 30-year-old forward who scored 12 goals in 44 regular season games, to the San Jose Earthquakes. Veteran defender Leo Gonzalez, one of four remaining players from the team’s inaugural 2009 season, also left, to play in his home country, Costa Rica. In an attempt to get younger legs, the Sounders added forward Andy Craven, 23, and goalkeeper Tyler Miller, 22, who had both previously played for third-tier team Seattle Sounders FC 2.

The Sounders have a handful of shining stars, including forward Obafemi Martins [Editor’s note: On February 17, Obafemi Martins announced he was leaving the Seattle Sounders to join Chinese Super League team, Shanghai Greenland Shenhua], a Volkswagen MVP runner-up and team-leading goal scorer (15), and the world-famous Team USA starter Clint Dempsey, one of the best offensive players on the planet. Goalkeeper Stefan Frei is one of the team leaders and ranks as a top-five goalkeeper in MLS. After being wooed by the Sounders for several years, Jordan Morris, a 21-year-old Stanford student who led his team to the NCAA title in December, has finally signed with the team. The Seattle native received the wealthiest “homegrown player” contract in the history of the league.