A Tucson transplant will be rewriting the menu at the Ballard hotspot. 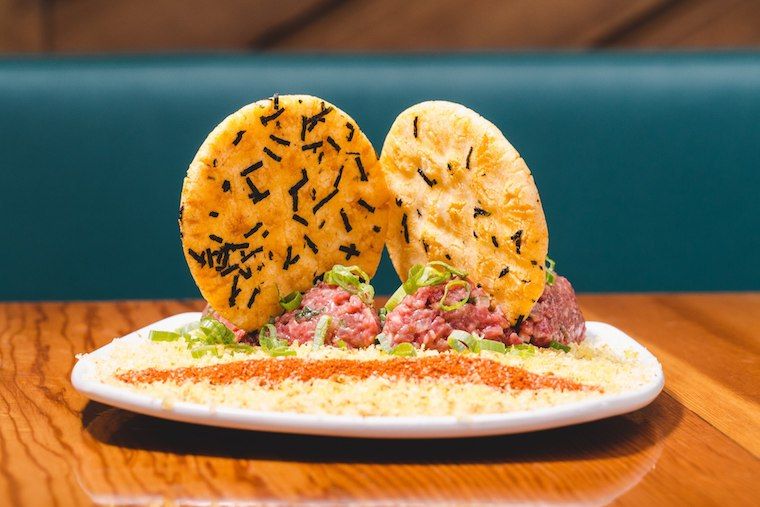 One of our very favorite neighborhood spots has some big changes on the horizon: Brimmer & Heeltap owner Jen Doak called this morning to let us know she’s hired a new chef, David Valencia.

Valencia hails from Tucson—Doak says she met him when he moved to Seattle about a year ago. At the time he did a stage for Brimmer & Heeltap and also Art of the Table; he ultimately took the job at Art of the Table.

But now, he’ll be taking over for Doak’s original chef and business partner, Mike Whisenhunt, who left just before the holidays to focus on his health and family. Whisenhunt’s previous experience working for Rachel Yang influenced his cooking—Brimmer & Heeltap’s menu leaned heavily on Asian ingredients. And while Doak has assured us some of the most popular dishes will remain—like the steak tartare with nori rice crackers and that unbelievable toast—Valencia will begin reworking the menu to reflect his own style of cooking, which pulls from the flavors he grew up with in Tucson. Doak says the tasting menu he prepared as part of his interview process involved foie gras with mole and homemade chorizo tortellini. She mentioned, too, that while new dishes will definitely reflect Valencia’s cooking, the new chef is also welcoming input from the entire Brimmer & Heeltap kitchen staff, giving them all a say in the evolution.

Doak says by spring they’ll have a largely new menu—for now, it’ll be a slow phase-out of old dishes and introduction of new ones. “It will definitely be a change, but the current that runs through this, and what inspires all of us is to create, are these big, bold, fun flavors,” Doak says. “It’s not demure, it’s not precious. It’s full-flavored cuisine.”