Chef John Howie lays out a plan for that perfect party 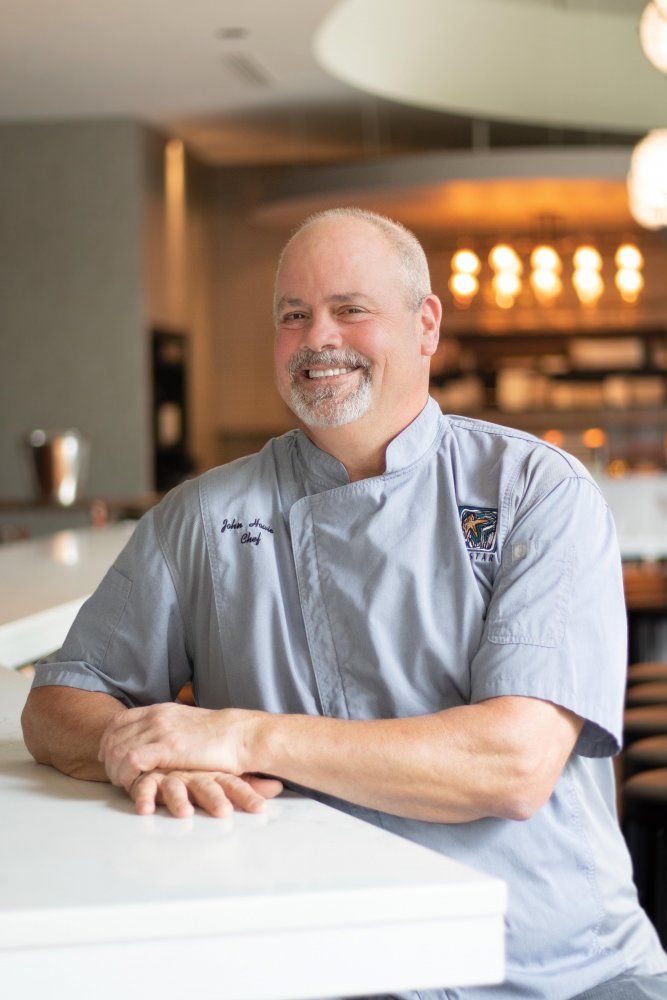 If you’ve ever invited acclaimed restaurateur and chef John Howie to a dinner party, he won’t judge you.

“I temper my expectations,” says Howie, owner and operator of Beardslee Public House & Brewery, John Howie Steak, Seastar Restaurant & Raw Bar, Wildwood Spirits Co., and Whiskey by John Howie. He also operates a restaurant on the Microsoft campus called In.gredients and has authored two cookbooks. “Now, if I’m going out, I might be a little more critical. But if I’m going to somebody’s house and they’re cooking for me, I’m all good.”

Howie, who began his culinary adventure at age 15, shares some simple tips to make sure your dinner guests won’t judge you, either. One important piece of advice: Don’t down too many cocktails. You’ll forget about the food.

What’s the one thing you wish everyone knew about entertaining?
I like to make sure to have things pretty much pre-prepped for dinner so that I don’t have to be constantly working as I’m trying to be with my friends. I’d rather be making or pouring a cocktail than having to be constantly in the kitchen watching over things.

When you entertain, what do you serve?
First of all, I always recommend that people set their meat out and get it to room temperature. Everybody thinks that’s dangerous. It’s not. You’re going to sear the outside of it and it’s not going to be out that long. Then let it sit on a sheet tray and it’s going to go into a 400-degree oven. And it can sit on that tray for about three hours before you put it into the oven for eight to 10 minutes. You’ve seared the outside and all the fat on the interior has begun to melt and incorporate into the meat. That’s a great way to do your steaks.

How do you cook fish?
People struggle with overcooking ﬁsh. I have a couple diﬀerent ways to do ﬁsh. One is that you just cut it thinner and sear it in a very hot pan for maybe three to four minutes and then turn the pan oﬀ and let it sit for a few seconds. Then put a digital thermometer into the ﬁsh. You can get them on Amazon for $10.

What should every chef have?
I was visiting friends a few weekends ago. I was rubbing a piece of garlic in my hands to get the skin oﬀ it. And because she did not have one, I got her a garlic peeler, which saves your hands from getting roughed up or smelling like garlic. That and the biotherm are two things everybody should have in the kitchen.

How do you dress up the basics like dogs and burgers?
It’s barbecue season. Burgers are pretty easy. I’d make a little mixture — take some whiskey or soy sauce — and if you like it a little spicy, maybe add some Sriracha mix and garlic, and baste the burger right before it goes on the grill. That adds so much ﬂavor to the meat, it’s incredible. Don’t be afraid to mess with your sauces.

Do you urge people to experiment or measure everything out?
I do it by eye and taste it. Whatever it needs more of, add it. I always tell people when they have my recipes that if there’s something that doesn’t work for you, just take it out.

What are some good options for drinks you can make ahead of time?
You can pretty much bulk anything as long as you don’t ﬁnish it with ice until it’s ready to be drained. Some people have gotten into buying those small barrels and barrel-aging like a Manhattan. You put everything together for the Manhattan, like the vermouth and the bitters, and let it soak for one, two or three weeks. Then you pour that over ice and you’ve got a beautiful, oak-aged Manhattan. One of our most popular is the blood orange martini. We’re using a blood orange puree and a little fresh sour mix. We make our own with lemon, lime and some simple syrup. Add those items with a really nice vodka and that’s a beautiful cocktail.

What are your pet peeves when you attend a barbecue or outdoor dinner party?
I think the worst thing for me is when they forget about the food because they’ve had too many cocktails and wedon’t eat until too late. Then you get a little “hangry.”

What can people learn from restaurants?
It’s tough because you don’t always get to see what’s going on in the kitchen. Some kitchens are exhibition and they’re available to watch, but most people don’t spend enough time watching to really take anything away. If they love the ﬂavor in a dish, ask the server to have the chef tell them what he puts in there and maybe pick out what it is you like so much and go home and practice so it works for you. Most food has already been done. When I go out to eat, I always try to have things I’ve never had before or things I’ve never seen paired together. It just opens me up to new thoughts and ideas.