It's not cheap, but this ticket is a glimpse into the head (and history) of Garrett Melkonian. 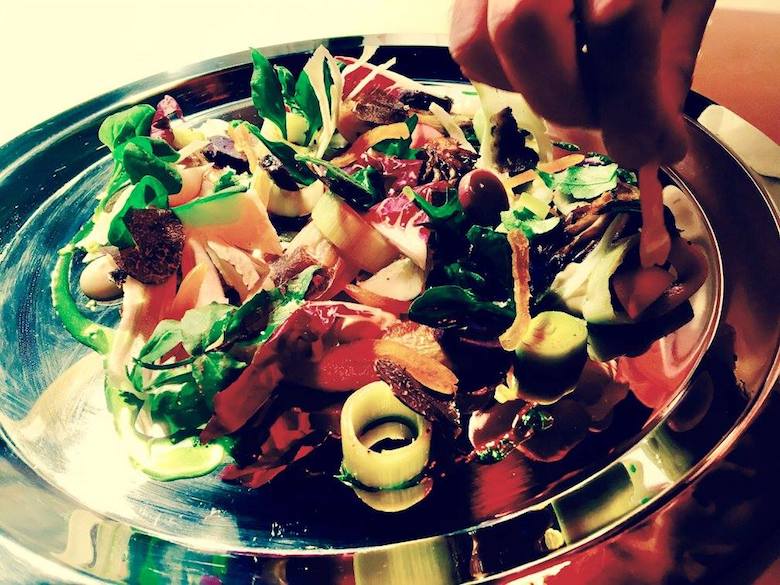 When the ill-fated Circadia closed for business on May 1, chef Garrett Melkonian decided to do something generally unheard of in the restaurant industry: He decided to take the summer off.

OK, “off” may not be appropriate term. He decided that instead of jumping into his next big chef role somewhere—he first opened and built the reputation of Mamnoon and then opened Circadia—he was going to take a few months to spend time with his daughter.

But time off has given Melkonian some time (and perspective) to think about his next move: a pop-up that will be entirely his own food. August 31 will mark the first of what he’s hoping will be a tri-monthly pop-up restaurant—White Pants Production Co., he’s calling it—at the Marian Built Loft in Ballard. He’s partnering with Circadia dining room manager (and former GM of Matt’s in the Market) Chris Armstrong. Dinner will be a 16(ish)-course affair, with some dishes as small as a single bite and others a more substantial portion. Tickets are $165 and include gratuity and drinks. (“Just don’t vomit in the parking lot!” the ticket link says).

After years spent cooking his food within other people’s parameters, the talented chef is ready to take the reins. “Even if there was a really great job out there, I’d be hard pressed to take it,” he says. “I just thought it was time for me to jump into the deep end, make my own rules. I want to do something that really represents who I am and what I think cooking should be.”

Melkonian sent me a sample menu, and I can tell you that this isn’t your typical PNW fare—and that’s a good thing. Expect flavors from around the world, representative of the chef’s multicultural upbringing, from takoyaki to Armenian beef tartare. He says it’ll be a combination of low-brow food done in a high-brow way and high-brow food done in a low-brow way (see also: boudin blanc done in the style of chicken nuggets).

“I don’t feel this in a bad way, but I’m a bit of a black sheep in terms of the culinary scene of the Northwest,” he says. “The majority of chefs here are from here, so their collective memory is from here, attached to specific memories from here. I don’t share that. I grew up in Los Angeles. My collective food memory is eating at my Lebanese grandparents on the weekend [and sampling the excellent Mexican and Cantonese food of the San Fernando Valley]. That’s my truth, that’s what I grew up with.”

Melkonian is hoping, too, to break down some of the barriers between chef and diners, making this more like a 25-person dinner party than a traditional restaurant experience. He wants to introduce each dish, tell its story. In fact, he loves the idea of, down the road, doing a crowd-sourced meal that takes into account each diner’s requests and food memories. The ultimate communal dinner.

“I just really want to do something different,” Melkonian says. “The people that have driven the Seattle ethos forward, I applaud them, I’m in deep admiration for them. I want them to continue to do what they do. And I hope there’s room in our culinary landscape to do what I do, too.”