Phorale Forced to Close for Good

(UPDATED) The South Park darling has served its last Fuego--but what will happen next? 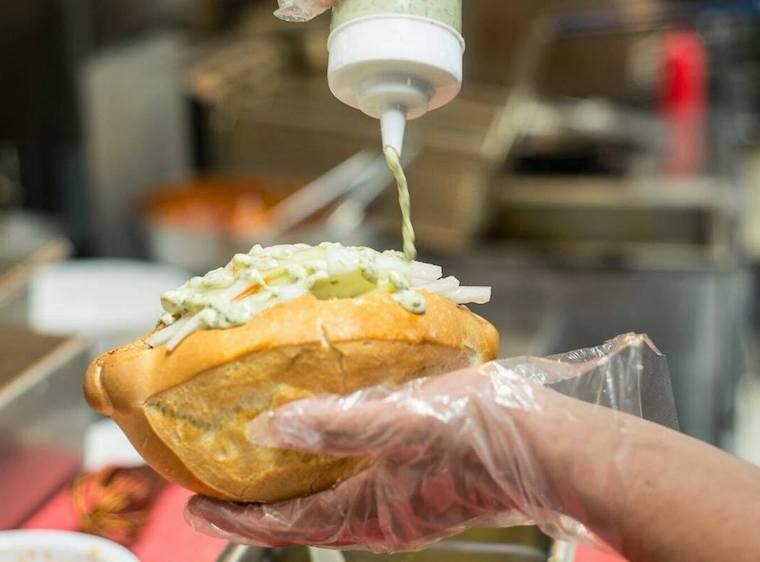 It’s been about a year since we first tried Phorale, the South Park “restaurant” serving brilliant Asian/Tex Mex fusion of a humble mini mart. Owners Jimmy Bui and Young Cho overcame some serious odds stacked against them—limited seating, a super tiny kitchen, a location off the beaten path—to become the darling of the food world, earning rave reviews from media and foodies alike. We wrote about the phenomenal fries, but the sandwiches like the Fuego and the Gringo (and that pho) were just as good.

We’ve been waiting on an announcement that these guys were moving into a bigger, better location. Their food deserves it. But unfortunately, Phorale just posted to Instagram that they’ve been forced to close the doors:

After almost two years of serving in the great neighborhood of South Park, we regret to inform you that we are forced to shut our doors. After an issue with our landlord that we did not see eye to eye with, our lease was not renewed. We at Phorale are thankful for all the support from our family, friends and patrons who have become our friends, for the support of just two guys in the hood trying to make good food. With that being said, they say as one door closes another opens..we will be waiting with our knives sharpened.

Will update once we know more. But in the meantime, let’s find them a spot worthy of their creative cuisine, ok?

UPDATED Jan. 15 at 10:30 a.m.: I just heard from Young Cho, who said it was a plumbing issue that sparked this, “and it wasn’t viable for us to pay for such renovations when we didn’t have a guaranteed renewal.” He says they’re “semi-actively” looking for a new space that would suit their long-term needs. “But with the way Seattle real estate is, I’m afraid that if we do find a new location, we won’t be able to keep our low prices because of rising rent,” he says.

In the meantime, Cho says he’s on his way to NY to compete as the PNW representative on a chef competition hosted by TV show The Chew. The show will air Feb. 13—Cho says he’s sad that if he does win, he won’t have a home to bring the title to.