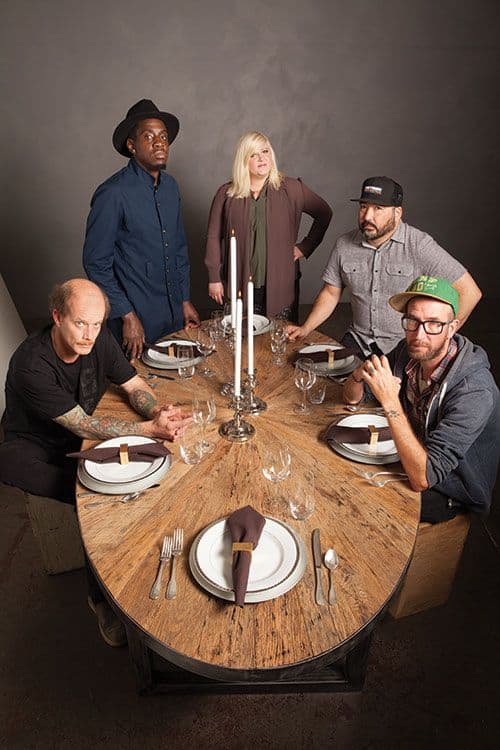 It’s safe to say no one else in the Seattle area is doing what these chefs do (or doing it as well). For their unique and creative approaches to diversifying Seattle’s cuisine, we dub the following our 2016 Tastemakers.

Nashville restaurateur Jake Manny sure brought the heat with him when he returned to Seattle earlier this year. The Bainbridge native spent his five years in Tennessee falling in love with Nashville’s brand of fiery, fried chicken. He has perfected his version at the cozy, all-ages Georgetown bar, Sisters and Brothers (Georgetown, 1128 S Albro Pl, 206.762.3767; sistersandbrothersbar.com), where lines wrap around the block to get a taste of the deeply-complex and crunchy chicken (you choose naked, mild, hot, or insane). Manny and executive chef Jessie Smith (formerly of SkyCity at the Needle) fry Draper Valley chickens in a heavenly blend of lard and spices (we tasted thyme, cumin and cayenne) and recently expanded their menu to include beloved Southern side dishes—and, wait for it—have plans to eventually add buckets of hot chicken to-go. Now, we’re in love.