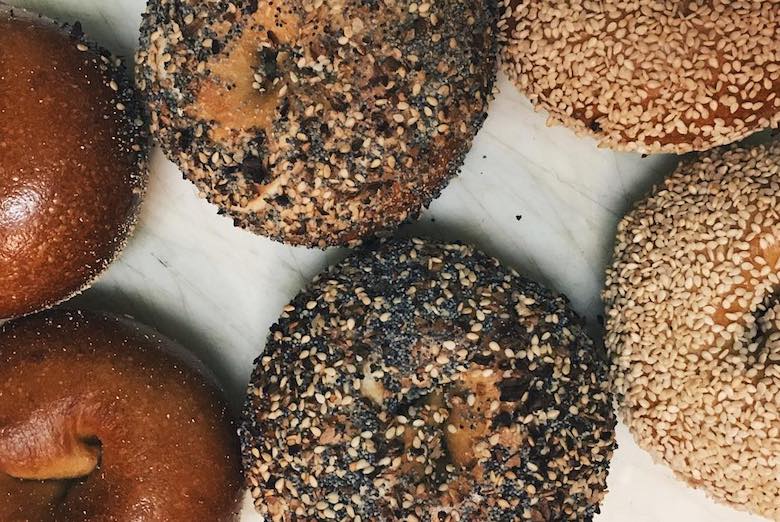 Monica Dimas has taken on her share of challenges over the years—quirky, casual, walk-up spaces are kind of her jam. The chef/owner behind Neon Taco, Sunset Fried Chicken Sandwiches and Tortas Condesa (with a new, bigger spot called Lil’ Neon Taco on the way soon) has taken over the Capitol Hill counter best known for housing Little Uncle and Manu’s Bodegita—her new project, Westman’s Bagel & Coffee opens today.

The name Westman’s comes from her biz partner—Macrina baker (and bagel lover) Molly Westman. The duo have spent months in preparation (they originally planned to open in September) that included two trips to New York and countless hours of recipe development, fine tuning not just the bagels, but also babka, rugelach, bialys, challah, smoked whitefish, gravlax and all the NY standbys that transplants here constantly bemoan Seattle is lacking. (Make sure you read about our hopes for the Jewish deli to finally take off here.)

Dimas says it hasn’t been easy. “It’s been a little bit difficult trying to get such a tight space to do quite a bit, so we had to really get creative with the placement of every little item,” she says. “We aren’t constricted by time or energy but more so by space.” That means they’re not doing a plain bagel, but rather one dusted in Maldon sea salt. For every item swapped in—like those bialys I’ve been lusting over since they first showed up on Instagram—they’ll have to swap something else out for the day. Fridays will bring loaves of challah.

Today’s menu—7.a.m. will be the standard starting time, but Dimas warned they may be a tad late today—will be a paired down version of what guests can come to expect. (For example, the exciting bacon-egg-and-cheese sandwich, a staple of the NY experience, and the selection of lunch sandwiches won’t be available until they start running more smoothly.) But check out the menu for a more comprehensive idea… I’ll see you in line later this morning, hopefully before all the everything bagels are sold out.