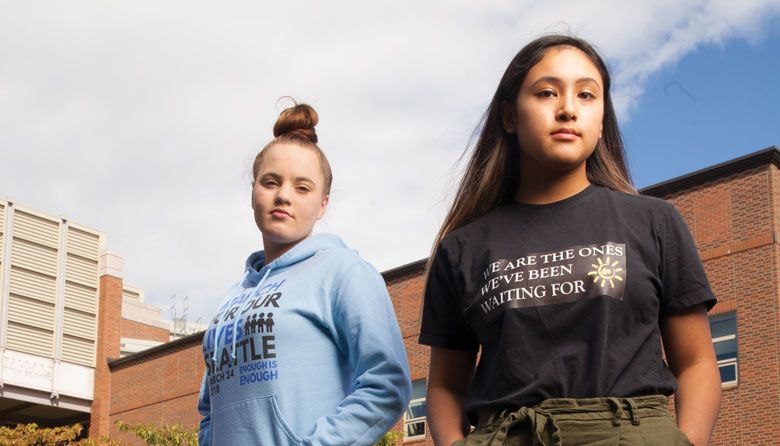 All photos by Hayley Young

When the survivors of the shooting at Marjory Stoneman Douglas High School in Parkland, Florida, decided to become activists against gun violence, teenagers Rhiannon Rasaretnam of Maple Valley and Emilia Allard of Seattle also heard the call and organized the Seattle March for Our Lives, a student-led action that drew thousands of people of all ages to downtown Seattle to protest gun violence and advocate for gun-safety legislation. After the march was over, Rasaretnam and Allard took their demands to Olympia, and then worked with the Alliance for Gun Responsibility to draft Initiative 1639, which will appear on the November ballot and would increase the minimum age to buy assault weapons and require more extensive background checks for gun purchases. The alliance was also behind successful efforts to expand background checks for gun purchases in 2014 and in 2016, to give law enforcement or family members the ability to keep guns out of the hands of people deemed an “extreme risk” to themselves or others. Note to elected officials: Today’s teen organizers are tomorrow’s voters—and candidates.