The 130-year-old chain’s brand will remain 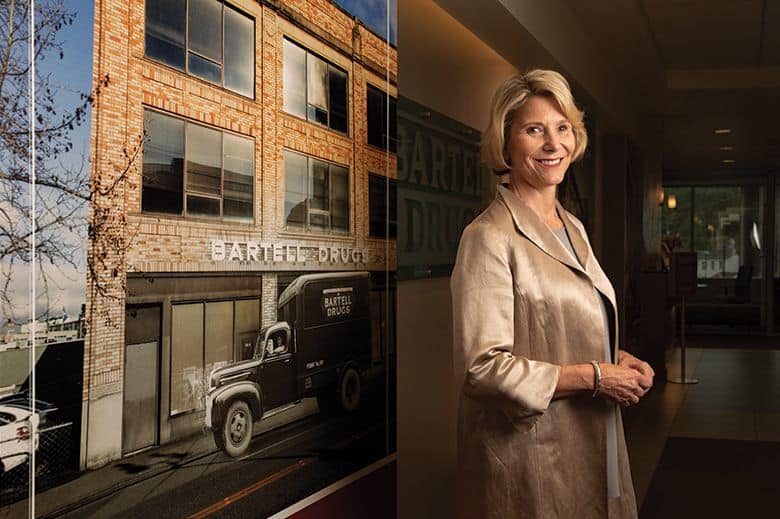 Bartell, which has been family-owned since its launch in 1890, employs more than 1,700, operates 67 stores throughout the Puget Sound region and generated more than $550 million in revenue last year. Rite Aid will keep the Bartell name.

“Rite Aid’s vision fits well with what we think will best serve the needs of our customers,” says George Bartell, grandson of founder George Bartell Sr. “Looking forward to the future with Rite Aid.”

Rite Aid was identified as having an elevated risk of bankruptcy in the next 12 months in a recent report by industry website RetailDive and CreditRiskMoitor, which analyzed metrics such as stock market capitalization and volatility, financial ratios and bond agency ratings.

Bartell Drugs hired its first non-family member CEO in the company’s history in 2015. Its second non-family CEO, Kathi Lentzsch, was hired in early 2018. Lentzsch quickly became an outspoken advocate for the business community and was especially critical of the rising crime rate in downtown Seattle. She will remain CEO, at least for now.

The deal is expected to be finalized next Spring, at the end of Rite Aid’s fiscal 2021 year.