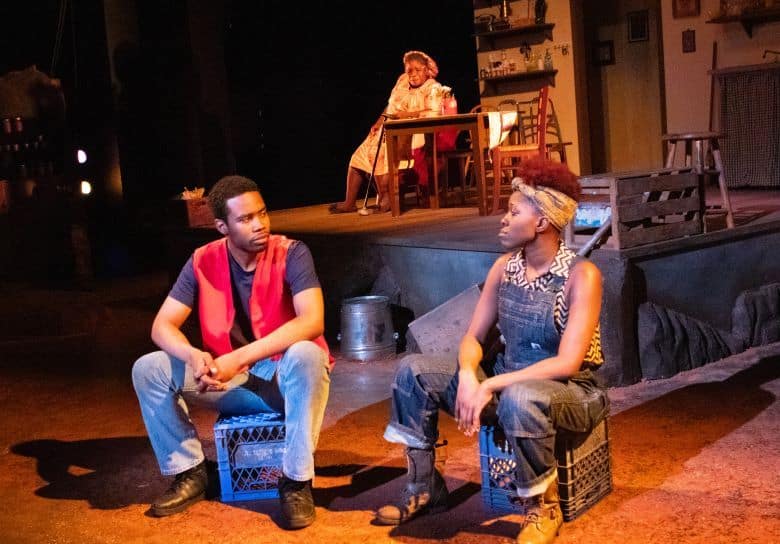 Thanks to technological advancements in trauma, the American government is now willing to consider making good on the sins of its past—at least in Reparations, an ambitious world premiere play by Darren Canady, directed by Jay O’Leary and produced by Sound Theatre Company.

For Rory (Aishé Keita), this could be a way out of Oklahoma, where she’s stuck working a low-paying job, caring for her aging grandma Billie Mae (Tracy Michelle Hughes), and raging against the forces that keep her there—unlike her cousin Maceo (Brandon Jones Mooney), who seems happy with what he has and where he is. That’s why Rory takes Pramesh (Bharan Bikshaandeswaran), a government cog from “the Commission” to her family cellar, where he connects her to her “blood memories” with a gadget called a visualizer. Depending on what they find in her family’s past, Rory could be entitled to a big government payout from the Commission. With a flicker of lights and thunderous crash, whoosh, Rory’s suddenly hovering in 1922, a witness as her great-grandfather and his siblings live through their parents’ horrific murder at the hands of a Sheriff-led mob.

Canady covers a lot of ground—narrative, chronological and ideological—in this play. On stage, three different playing spaces help ground us in time and space: there’s the cellar, and Pramesh’s Commission office, a cliched futuristic space, bare white and lit with LED strips, though the play’s present is defined as “the near future.” Centerstage sits the kitchen of the Oklahoma farmhouse where Rory’s family has lived for generations, and where she currently lives with Billie Mae.

Everyone has a different opinion about excavating the past. Billie Mae thinks history should be left well enough alone, but Rory, fueled by desperation, goes back for more, illicitly whooshing back to the worst day in young Billie Mae’s (Allyson Lee Brown, a fizzy delight) life. She then understands her grandmother in ways she’d never imagined, but also unearths a family secret that sets Maceo spinning, and Billie Mae feels understandably violated. (Anthony Lee Simmons rounds out this cast, playing both Billie Mae’s father, in 1922, and her would-be sweetheart, in 1961.)

What we inherit, how our family history shapes us or sinks us, the compounding trauma of many lifetimes—Canady wades deep into these ideological waters but is wisely unwilling to provide any concrete answers. There is no one solution because there is no one problem, and every systemic problem is complicated in 1000 different and deeply personal ways for individuals, not to mention that our understanding of the past changes from generation to generation. Where do you even start? When Maceo says, softly, “I just want someone to fix it,” his quiet, confused sadness rings like a tuning fork.

On a structural level, Reparations seems to have several beginnings and endings, with little narrative middle, which keeps the story leaping from plot point to plot point rather than building in emotion and complexity. The sci-fi elements raise more questions than they do facilitate answers. Why are you a spectator in an inherited memory, rather than experiencing it as it was lived? Why do you need to be in the location where an event happened to visit the associated memory? Nitpicky, perhaps, but when the veil between past and present dissolves near play’s end, that potentially powerful moment felt sapped of power because the division wasn’t clearly established to begin with. O’Leary is immensely talented, but heavy-handed direction, combined with some stilted performances, weighs down this already dense plot. Sound Theatre Company is a gift to this city and its theater lovers, and I can’t wait to see what they and associate artistic director O’Leary give us next. Unfortunately Reparations seems to dull its own impact by working hard at being important rather than being honest. 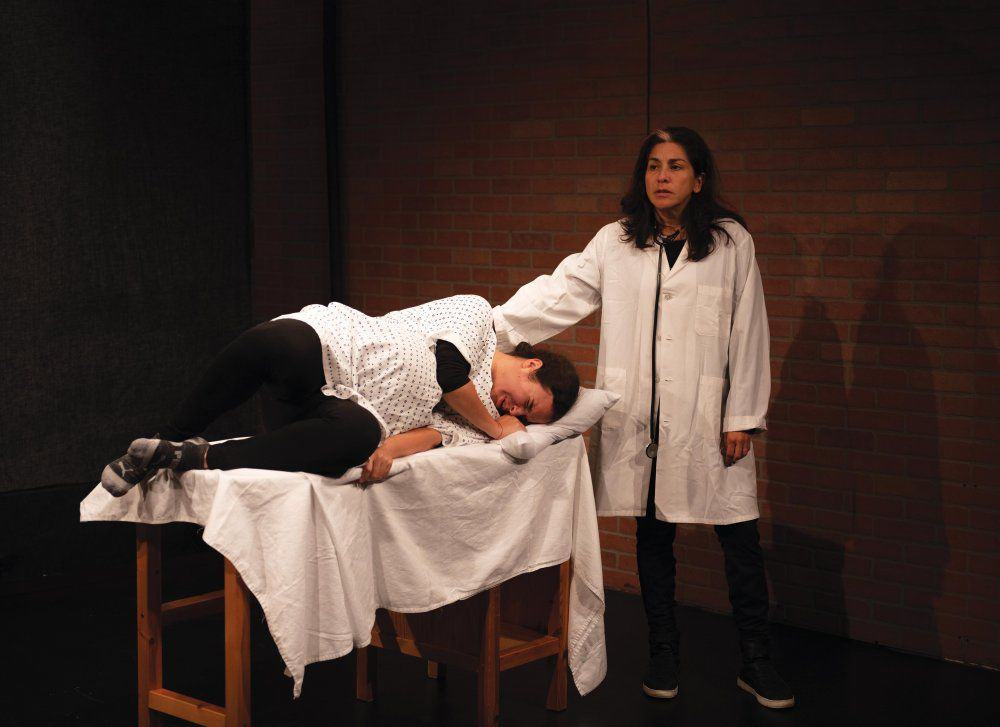 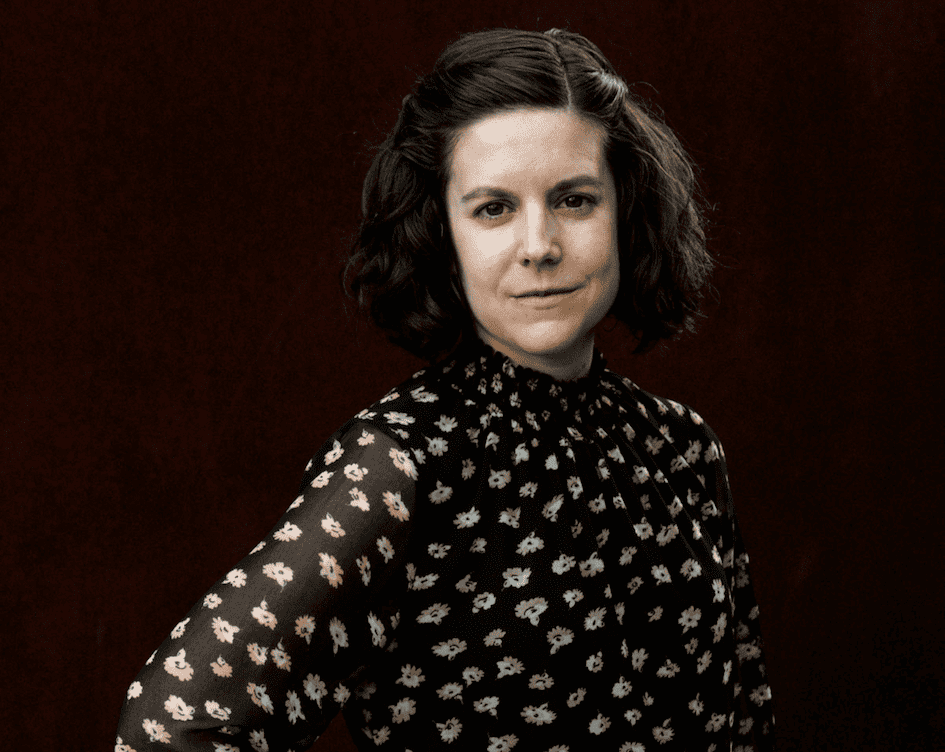 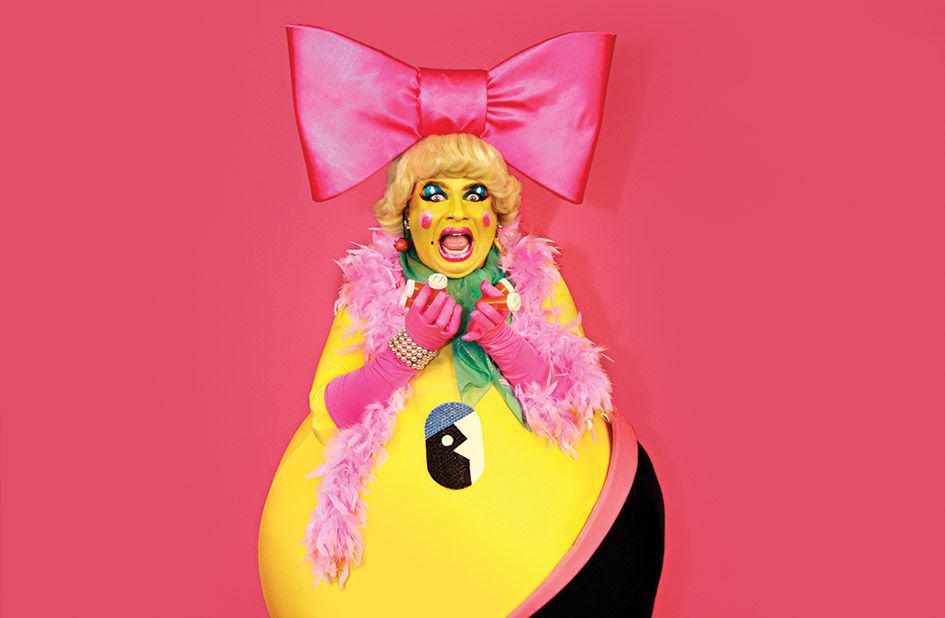