Hotel Ballard is back with exciting modern updates and its original Old World elegance. 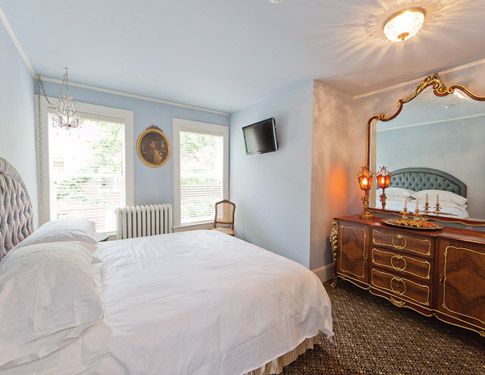 Ballard residents, rejoice: A new boutique hotel gives visitors an alternative to sleeping on your couch.

Built in 1902 for the American Scandinavian Bank (the words “Bank Building” still appear on the façade), the two-story building at the heart of Ballard Avenue became a hotel in 1920. In more recent decades, it served as a rundown refuge offering weekly residence rates.

Enter Mark Durall, general manager at Olympic Athletic Club (across the street), armed with a vision of returning the building to its glory days. The revamped hotel ballard, open since July, is fully updated, but retains its Old World elegance with original trim, fir flooring and a striking ceiling medallion in the light-filled lobby.

Rates for the 16 rooms range from $79 to $229 (the highest price gets you a private bathroom; other rooms share facilities down the hall), and guests can access Olympic’s gym amenities free of charge. You may want to stay there yourself.